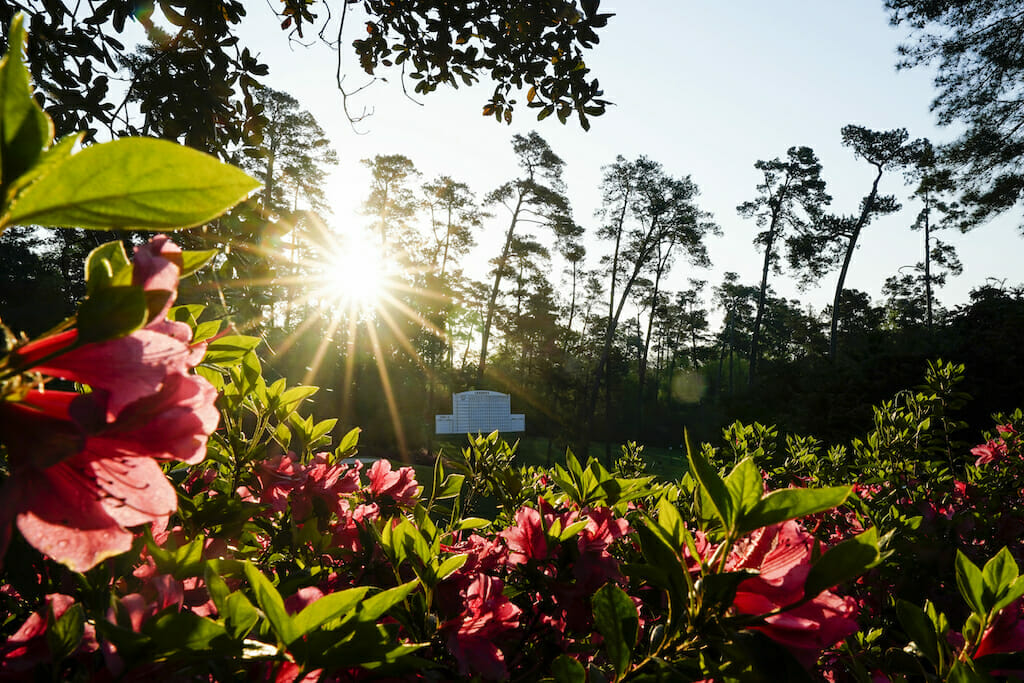 A scenic morning view of the No. 10 hole at Augusta National

I was at Augusta for The Masters Tournament twice, 1966 and 1981. On both occasions I was there for two entire weeks and must have spent at least eight hours each day walking every inch of it.

The forty years since I had my feet on its hallowed turf has not dimmed my photographic memory for the golf holes. I can remember every inch of the place and often visualise playing specific shots on it when I am practicing: This is my slightly drawn drive at the 5th ;  a low cutter off the 7th tee or a ‘held up faded’ 5-iron at the 10th and so on.

What I remember is not what I see on TV these days. Shoot me if you want to but, I am not a dead fish who can only ‘swim’ with the tide. I can’t help myself declaring that I don’t like the Augusta National golf course as much as I once did and it is all because trees grow out as well as up. These days too many of the holes appear excessively narrow and cluttered.

Dare I say ugly? Worse! Augusta has also become too long and too contrived for my liking. Strategy is one thing, flukiness is another. Too many shots can land on the same blade of grass and end up 40-feet apart.

The bunkers, especially beside the greens, are too big and out of proportion. In fact, too much of what I see on TV is out of proportion. Lack of proportion means a certain kind of ugly, don’t you think? Would I go as far as the incomparable, Peter Alliss and say that the severeness of the slopes on the greens made for ‘a Mickey Mouse challenge’? Probably not but, I can appreciate his point.

When Jack Nicklaus came into the Media Centre after his second round in 1981 and declared: “Well, gentlemen, they really got down to the dirt today!” I was shocked but I can understand what he meant more easily now. I never liked Snakes & Ladders as a board game. When it is played on grass even less so. Greens like that would give anybody nightmares. The drawn, haunted features of Justin Rose after the completion of every round he played is enough evidence for me.

Take away the ‘over-the-top-conditioning’, the colourful shrubbery and patrons plus the hyped up and carefully managed public relations practiced by Augusta National Golf Club begun by Clifford Roberts (much against Bobby Jones’s wishes) and you are left with a Plain Jane golf course that nobody would give a second glance.

Matsuyama Masters Augusta + Is the Irish Open in doubt?