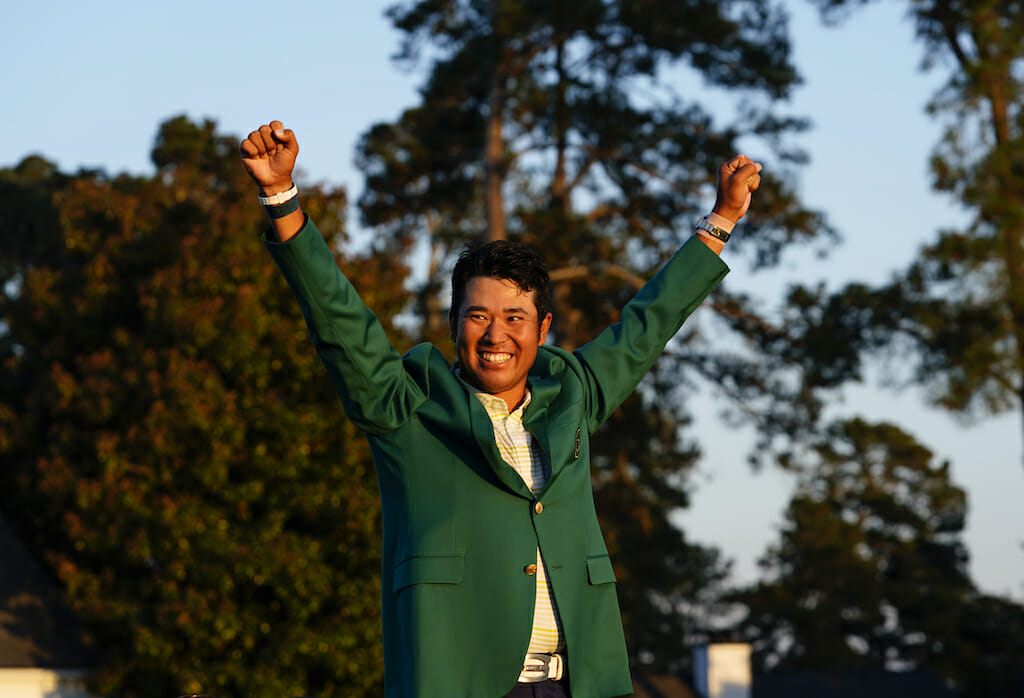 Newly-crowned Masters Champion Hideki Matsuyama hopes his win will inspire the next generation of golfing stars in Japan after becoming the first Japanese man to win a Major at Augusta National on Sunday.

Matsuyama carded a one-over par final round 73 to finish on 10-under par, one stroke clear of Masters debutant Will Zalatoris and three clear of playing partner Xander Schauffele and 2015 Champion Jordan Spieth.

“I hope it will affect golf in Japan in a good way,” said Matsuyama. “Not only those who are golfers already, but hopefully the youngsters who are playing golf or thinking about playing golf, I hope they will see this victory and think it’s cool and try to follow in my footsteps.

“Up until now, we haven’t had a [male] Major Champion in Japan, and maybe a lot of golfers or younger golfers, too, thought, ‘well, maybe that’s an impossibility’. But with me doing it, hopefully that will set an example for them that it is possible and that, if they set their mind to it, they can do it, too.”

The 29-year old went into the final day holding a commanding four-shot advantage that he extended to five-shots upon making the turn for the back-nine. However, the Masters wouldn’t be the Masters without back-nine drama and Matsuyama and playing partner Xander Schauffele certainly provided it.

Schauffele recovered from two bogeys and a double on his front nine with five birdies in eight holes from the seventh, closing to within four shots on the par-5 15th. However, it was Matsuyama who momentarily opened the door to an unlikely late comeback, taking on the par-5 in two before sending his four-iron long and into the water when for all the world, a lay-up and a safe par at worst looked the play. In the end he made a good ‘6’, but with Schauffele in for birdie, the lead was reduced to two shots standing on the 16th tee.

Cue Schauffele feeling the pinch – compelled to attack the flag, he took the narrow route to the green and came up short and wet before scrambling for ‘6’ to Matsuyama’s ‘4’ and swinging momentum back in the Japanese player’s favour.

From there, Matsuyama made two greats swings on 17 to make ‘4’ and striped his drive down the final fairway before cosying his bunker shot by the edge of the green to about six feet for par at the last. With two putts to win, he gratefully used them both, and as for his decision to take on 15 when for all the world he didn’t have to, Matsuyama explained:

“Xander had just made three birdies in a row at 12, 13 and 14,” he said. “I hit the fairway at 15, hitting first, with Xander having the momentum, I felt — it was a four-stroke lead, and I felt I needed to birdie 15 because I knew Xander would definitely be birdieing or maybe even eagling.

“But it didn’t happen. And so I stood on the 16th tee with a two-stroke lead, and unfortunately for Xander, he found the water with his tee shot and I played safe to the right of the green at 16.”

As for what it meant to Hideki after so many years of trying, he admits his emotions remained intact on the 72nd green, just humble and happy that his good friend and caddie had finally tasted victory standing by his charge’s side.

“When the final putt went in, I really wasn’t thinking of anything,” he said. “But then hugging Xander — but then when I saw my caddie, Shota and hugged him, I was happy for him because this is his first victory on the bag. And then it started sinking in, the joy of being a Masters Champion.”

Not a bad first one to win for the partnership. Who’s to say the floodgates aren’t about to open for one of golf’s greatest talents now?