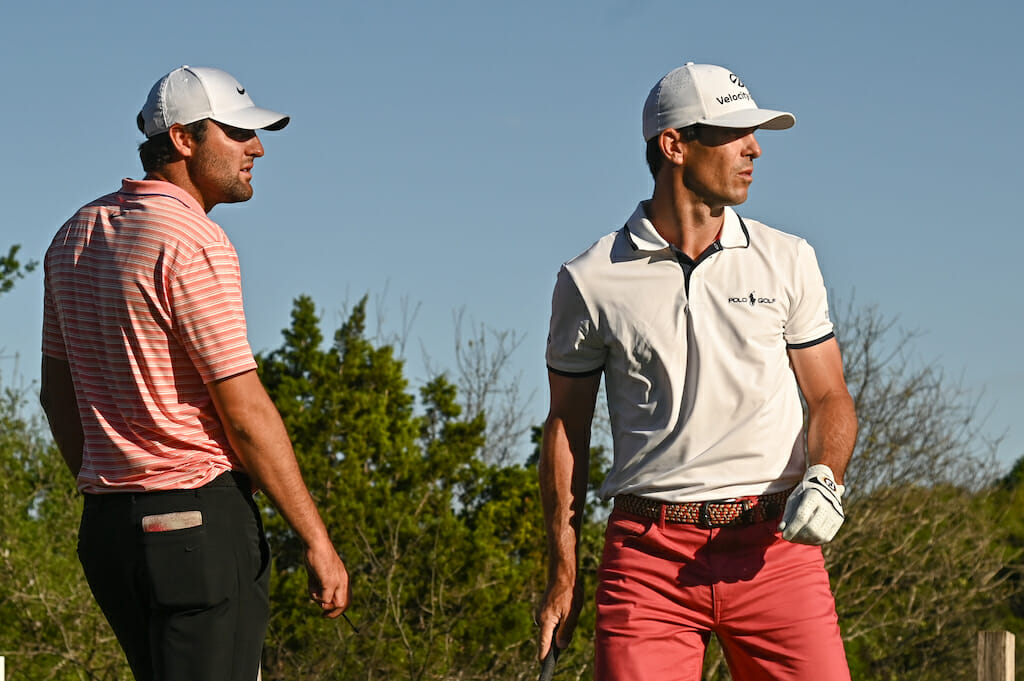 After a wonderful run of terrific golf watching on TV since the Concession Tournament in Bradenton, Florida won by Collin Morikawa, the last day of the Dell World Match Play in Austin, Texas was about as painful as a slow death. I gave up on it long before the finish and wasn’t too pushed to find out who won the next morning either. Frankly, I didn’t give a damn.

I still find myself in a bad mood and needing to ask: Why was there no referee present to tell the last four players left to hurry up? To be fair to all of the SKY Golf commentators, especially Ewan Murray and Paul McGinley, they did not shirk their duty and they condemned the slowness in real time long before I quit watching.

Four hours and eight minutes to play 18 holes in the game’s quickest format, was required to complete the semi-final between Scottie Scheffler and Matt Kuchar. The final match featuring Scheffler and Billy Horschel would have taken longer if it had gone the full distance. Ridiculous is the best way to describe the entire episode while the word ‘pathetic’ was used by the Solheim Cup captain, Catriona Matthew. She also called for a reaction from the Tour authorities, something most unlikely to happen, more’s the pity.

The single worst aspect of the slower than slow play we see nowadays has to be the green reading books that most of the players use. It has become obvious how much the putting of the world number one, Dustin Johnson has deteriorated since he has become obsessed with consulting his green maps at the same time as his brother and caddie carries out an Aimpoint survey of every blade of grass between the ball and hole.

Up to the last 16, the World Matchplay was choc-a-bloc with exciting golf. Even the Round Robin Qualification System had its merits although I would prefer the traditional match play format of: lose and go home.

I was very keen to see Scottie Scheffler win (because he is an exciting young player, I thought) until he couldn’t make the simplest of decisions in the final. I’m pretty sure his caddie wasn’t helping. He seemed to be giving his man a huge amount of information, mostly to do with ‘carry yardage’ plus an estimation of how far the ball might ‘run’ – good luck with that – as well as the direction and strength of the wind – good luck with that, too. Why somebody who was playing his eighth round of the week on his home course, where he played constantly for four years while attending the University of Texas should need so much information is beyond me?

Perhaps the worst moment of all in the tedious final was when both players walked onto the tee of a 455-yards, par four and commenced studying their yardage books before pulling out their drivers. Give me strength! It is beyond a joke that professional golfers are allowed to behave in this way, without at least the occasional warning to ‘giddy up’.