MacIntyre to fulfil boyhood dream after qualifying for the Masters 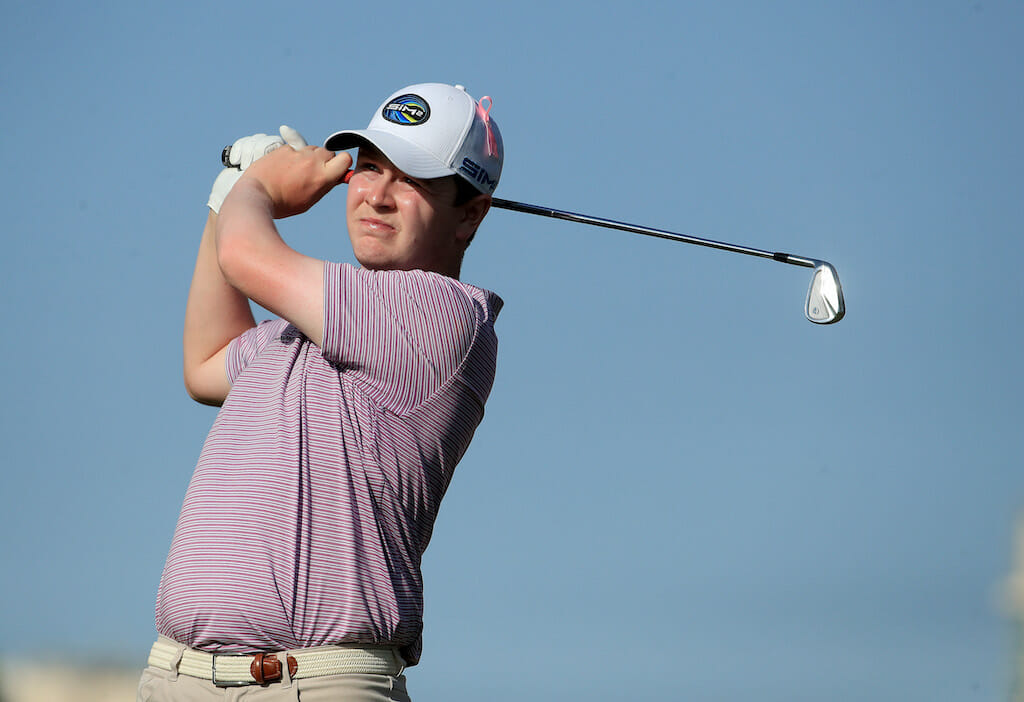 Robert MacIntyre is set to realise a boyhood dream at Augusta National next week after securing his spot in the field for the 2021 Masters Tournament.

The Scot, whose debut performance in the WGC-Dell Technologies Match Play saw him top a group that included World Number One Dustin Johnson, will qualify through his position of 44th in the Official World Golf Ranking. He, along with Will Zalatoris and Brian Harman, will all be added to this year’s field through virtue of being inside the top 50 on the week preceding the tournament.

For MacIntyre, the opportunity of teeing up in his first Masters is one he’s been looking forward to realising for a long time.

“This is what I’ve dreamed of as a wee kid. You watch it year in and year out and you think I’d love to play there one day, but realistically you think it might never happen, or it probably won’t happen. I’ve put the work in, people around me have put the work in, and it’s been rewarded. Driving up Magnolia Lane will be absolutely incredible, I’m sure we’ll be able to video that and save the moment for the rest of my life. It’s a dream becoming a reality for me, and hopefully this isn’t the only one.”

MacIntyre’s strong start to the European Tour’s 2021 Race to Dubai included a tie for 16th at the Abu Dhabi HSBC Championship and a tie for third at the Omega Dubai Desert Classic, which moved him in to the top 50 on the Official World Golf Ranking for the first time in his career. He climbed to as high as 42nd at the start of this month, and while his place was all but guaranteed, it was his most recent performance at Austin Country Club that confirmed his spot in the year’s first Major.

He was ultimately beaten by Frenchman Victor Perez in the round of 16, but MacIntyre still defeated Kevin Na and pushed World Number One Dustin Johnson all the way to the 18th before producing one of the shots of the tournament on the par four 18th to get a half from Adam Long. The drive, which ended up just two feet and 11 inches from the hole, secured MacIntyre’s eagle and his position at the top of the group, but more importantly proved to himself that he is able to compete at the very top level of professional golf.

“I don’t know what I learnt about my game but I know what I learnt about how I play golf and my attitude and everything and it means I can stand with these guys,” he reflected on his debut in Austin. “It’s not that I’m going there and making up numbers, trying to make a good pay-cheque and trying to finish as high as I can. I feel as though I can compete and I’ve got all the shots to allow me to compete against these guys.

“People take notice of you when you play good golf, and I think people took notice when I gave DJ a bit of a scare. He had to throw the kitchen sink at me and I stood up and I took it. I was delighted to get away with a half there but still disappointed not to beat him, but it lets me know I can compete against the best and for me I don’t need any more belief that seeing what I’ve done in the last week.”

MacIntyre is now hoping to get all of the emotions out early when he makes his first trip to Augusta National Golf Club in order to treat the week as he would any other, but isn’t worried about being a rookie.

“I’m sure there will be emotions when it finally happens. We’ll go up there early to try and get emotion and everything out the way, so that when I get there it’s literally just trying to work. At the end of the day it’s still a golf tournament I’m trying to win. It’s not like I’m going there to make the cut, you’re still going there to win the golf tournament and put yourself into a position to do so.

“I’m not worried about being a rookie playing the Masters. I’d never played Austin Country Club so that doesn’t put me up or down whether I’m a rookie or I’ve played it ten times. I’ve never been, never played it, so I don’t know visually what it’s going to be like off the tee for me, but if I can hit the ball the way I want to hit the ball it doesn’t matter what it looks like. It’s only a game of golf, it’s emotions you have to keep in control.

“If you hit the golf shots you’re meaning to hit it’s just golf and that’s the way I’ve got to look at it – it doesn’t matter if I’m playing Glencruitten or Augusta. I’m going to go there and play it and enjoy it and see where we end up. Obviously you go out there to win it but you can’t be thinking about winning it. It’s my first time there, I’ve never seen it before and I’m just going to enjoy every moment of it.”

And while MacIntyre’s desire is to keep things as normal as possible to his regular routine, he will still hope to rely on some advice from former champions, including fellow Scot Sandy Lyle and 2018 Champion Patrick Reed.

“We’ve already spoken about it all,” MacIntyre said of Lyle. “He just gave us a couple of little tips of shots to play in certain positions on the golf course. I’m sure if he’s got time or what not we can get nine holes with Sandy but I’m not going to do things different than I normally do.

“I’m sure I’ll play nine holes with Patrick Reed, pick his brain, I’m sure I’ll play a few practice rounds with someone but I like to do my own stuff, be by myself on practice days because it means you can do what you want, what pace you want and I prefer that.”