Sharvin makes bright start on day one in Qatar 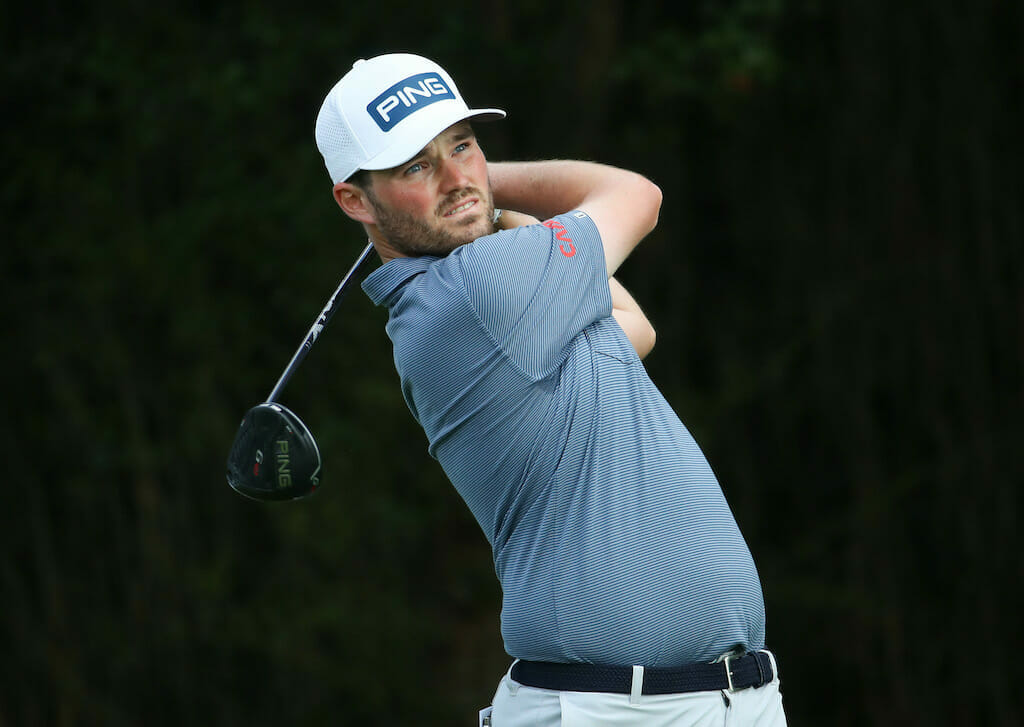 Cormac Sharvin carded a one-under par opening 70 to head the Irish challenge on day one of the Commercial Bank Qatar Masters in Doha.

Off the course since banking his second biggest career cheque when taking home €31,700 for his share of 21st place in February’s Saudi International, the 28-year old continued his bright start to a disjointed European Tour season with five birdies around Education City Golf Club.

Starting on the back nine, Sharvin was one-under par through five holes before three bogeys saw him make the turn at two-over. He birdied the par-5 second before picking up shots at 4, 5 and 8 but bogeyed the par-3 ninth, his closing hole to finish in the red at one-under,  good enough for a share of 57th ahead of round two.

Meanwhile Paul Dunne’s rough run continued after the Greystones professional posted four bogeys and one birdie in a three-over 74. After struggling with injuries for much of last season, Dunne returned to action at Saudi in February where he missed the cut as he continues to try to rediscover the form that saw him win the British Masters in 2017.

Also understandably rusty on day one was Clandeboye’s Jonathan Caldwell who started his day with a triple bogey 7 before reaching the clubhouse and signing for a four-over 75. It is the 36-year old’s first appearance since a missed cut at December’s South African Open but he’ll have it all to do now to ensure weekend progress and much-needed competitive playing time.

Showing no signs of rust atop the board is Scotland’s David Law who carded the joint-lowest round of his European Tour career to take the lead in Doha. The 29-year-old signed for a seven-under par 64 at Education City Golf Club, holding a one stroke lead after a bogey-free first round.

“I’ve been guilty over the last few weeks when I’ve had decent rounds going but not finishing them off,” said Law. “I was semi-conscious of sticking with it and trying to go low. I was really happy with how I stuck to my routines, my processes and I came out of it with a good score.

“I’m a lot more focused on my targets rather than my golf swings. Over the last couple of seasons I’ve been guilty of asking myself why I’ve been hitting bad shots, instead of just going on to hit the next one. Over the break we had I sat down with my coach Alan McCloskey and Paul Lawrie, we discussed it and it’s all about getting the ball in the hole now, trusting that you’ve done the hard work and the work’s done.”

Law made a fast start with birdies on his opening three holes and made two further gains before the turn. He then birdied the par five 13th hole before his seventh on the day on the 15th, which moved him one stroke ahead of Italy’s Nino Bertasio, Hennie Du Plessis of South Africa, England’s Richard McEvoy and Kalle Samooja of Finland.

Belgium’s Thomas Detry shares sixth place with European Tour winners Joachim B. Hansen, Garrick Higgo and Joakim Lagergren on five under par, while Jorge Campillo began his title defence with a four under par round of 67.

Ireland’s competing trio will return to the fairways on Friday afternoon with temperatures set to reach a scorching 36 degrees celsius. Let’s hope the weather’s not the only thing burning the golf course up prior to the weekend.