Rory should be winning regularly 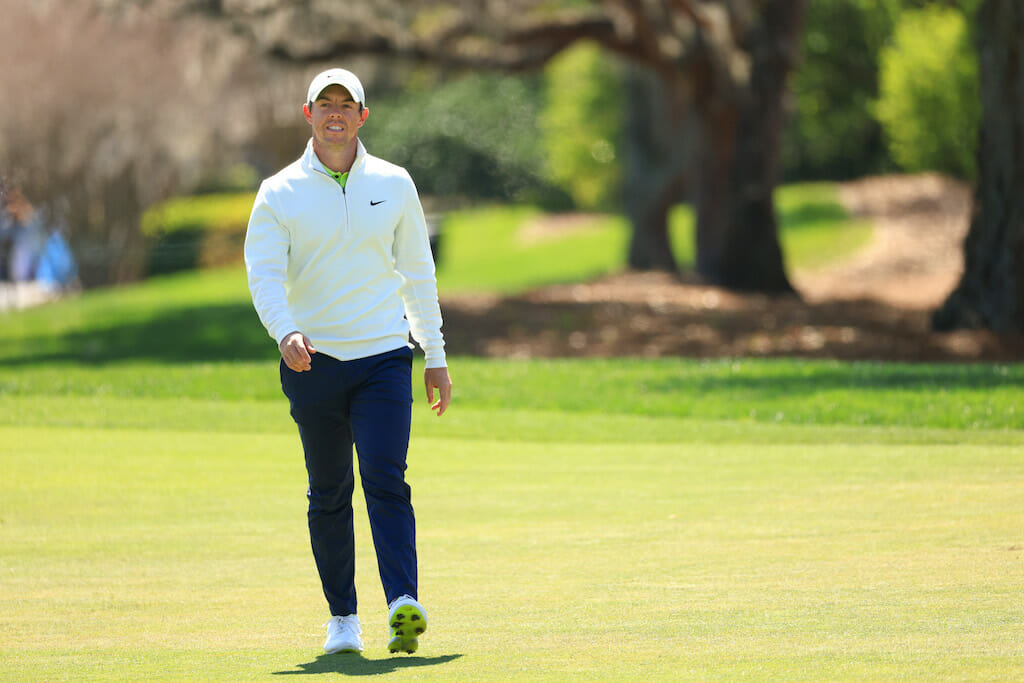 It was noticeable that the minute Bryson DeChambeau achieved his publicly stated goal of driving across the widest part of the lake at the 6th hole on Saturday (gaining nothing, by the way) he completely changed his approach and began thinking about winning the golf tournament by making shorter and more controlled, cut off and beautifully rhythmic swings – especially with his iron clubs. He dialled the aggro right down considerably. For all of his self-promotional nonsense, DeChambeau is a proper golfer who can add variety to his game at the drop of a hat like (almost) no other pro golfer today.

Bryson is so unusual because, in America, golf is a standardised, ‘one size fits all game’.  There is very little variety. Rory McIlroy may have had a lot of success in America but he might be better off playing more golf in Europe again for a while to reconnect with his golfing soul and re-learn how to cope with a broader spectrum of golfing challenges and paradoxes. After all, Bay Hill should have been the perfect venue for Rory’s game. Hasn’t it been his “Paradise Gained’ for a decade now? Yet, after a terrific first round on Thursday, he floundered inexplicably.

Why is Rory so inconsistent? One day his putting will let him down. The next day it’s his wedge play that will cause problems. The day after his driving might go rogue? So many different skills to be mastered makes golf such a demanding game. For too long now, Rory hasn’t been able to get it all together at the same time. Rory’s golf can’t be trusted. He doesn’t even trust it himself as can be gauged by him stating in his post-round interview on Saturday that he has been too indecisive in his decision-making lately.

Perhaps, it’s because he hits ‘flat out’ too often and doesn’t curtail his swing often enough? Rory hits the ball so high he loses full control over it, especially with his wedges. To hit the ball far, hit it higher. To gain control, hit the ball lower! Rory is in the rough too often and makes poorly-judged tactical decisions. More caution, more playing from A to B, more shoulder to shoulder swings and playing at 85% power is the answer.

To be fair, Rory is often in contention and not that far away from the top of the leaderboard each week, but that isn’t good enough for a player of his talent. It could be some very small technical thing in his swing might be holding him back? Don’t forget that he gained 10-mph in his ball speed recently. That’s a lot! I can only imagine what everyone reading this could do with 10mph extra?

Perhaps, he hasn’t adjusted to the extra speed himself yet or, the heavier shafts I’m told he has been using? He is also using the tp5 ball this year, which spins more than the tp5x. More spin is harder to control. A change in ball might do the trick? Whatever it is, it’s something small and possibly intangible. Something within him that he will have to discover by himself could be the key? Surely, he’ll click soon? Wouldn’t it be great if it happens at The Masters?

I keep trying to convince myself a Rory win can’t be far away. He’s too darn good not to be winning regularly.