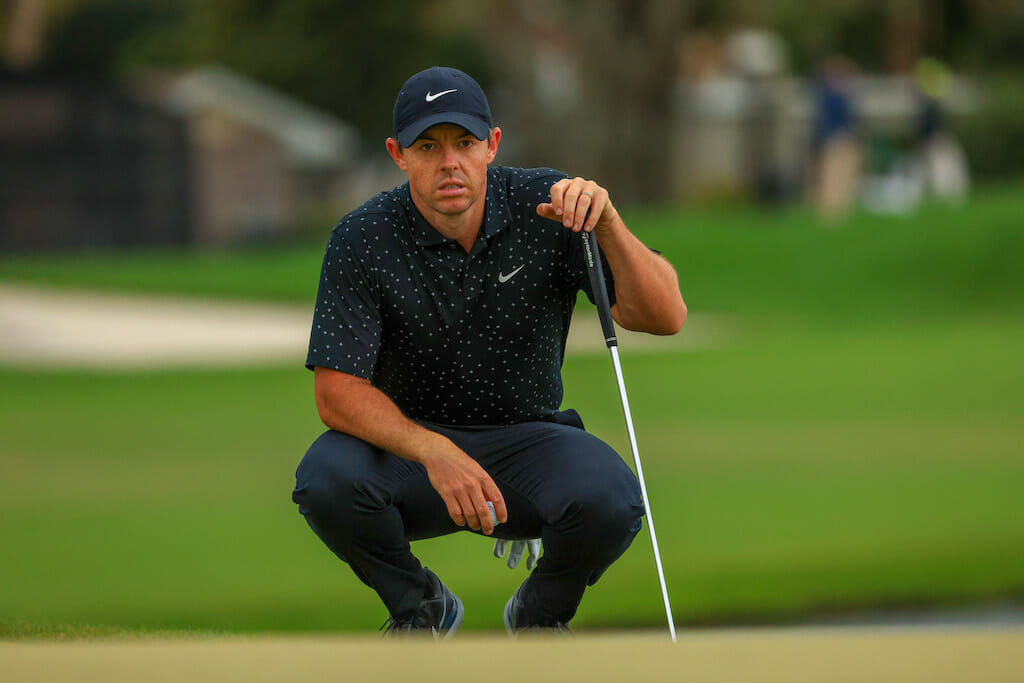 Talk about Saturday being golf’s moving day! What a day then it turned out to be on day three of the Arnold Palmer Invitational at Bay Hill.

Forty-seven old Lee Westwood, with an eagle and eight birdies, leads the field by a shot in signing for sizzling seven-under par 65 and an 11-under par tally. The reigning European No.1 and 2020 AGW ‘Golfer of the Year’ has not won on the PGA Tour since capturing the 2010 St. Jude Classic and now at age 47, Westwood shows the way in the €7.8m event.

“Well, I’m looking forward to tomorrow as I was just saying that I’m 48 in a month’s time, so it’s nice to still be playing in these tournaments,” said Westwood. “You got to be top 50 in the world to be here and if you would have said to me 20 years ago, will you still be top 50 in the world at 48, I might have been slightly sceptical.

“And it just shows that I’m still capable of playing well in these tournaments with all the good young players around me and obviously contending, because that’s what I’m doing this week.”

Two players tied for second on 10-under – Bryson DeChambeau (68) and Florida-based Canadian Corey Conners (71). DeChambeau set a new driving distance record of 370-yards off the tee at the par-5 sixth hole, and all over water at the boomerang-shaped hole

There were two aces – Jordan Spieth at the 2nd and Thai superstar Jazz Janewattananond at the par-3 14th. It is the first time since 1990 there’s been two aces on the same day in Arnie’s event. Spieth signed for a 68 to be sharing fourth place with Keegan Bradley, who eagled the sixth hole and produced six birdies for the lowest round of the day – an eight-under par 64 but under a ‘preferred lie’ rule.

Former US Open and Olympic Gold medal winning Justin Rose was forced out with a lower back concern, just moments after putting three balls into the water for a ‘9’ at the third hole. Frenchman Victor Perez took an ‘11’ after also sending three balls into the water down the left side of the par-5 sixth hole on route to a horror 78 to sit just one shot from sharing last place.

Scotsman Martin Laird heading to the first tee just a shot off the lead but sent his opening tee shot OOB for a first hole double-bogey, the first of three doubles in his round in a shock 76.

And what about that Rory McIlroy magic? Disappointingly, amid the fireworks, the new driving record and the losing golf balls, the way McIlroy played in posting a 72, he really could not have asked for anything better than to by lying in a four-way share of seventh place, remaining at seven-under and remarkably still in contention.

McIlroy went into the round at seven-under and just two shots from the lead and some four hours later the world No.8 walked off the 18th with just two birdies but also two bogeys on his scorecard. McIlroy’s first birdie was at the par-3 sixth hole where he followed in the group behind DeChambeau and produced a booming drive of his own measuring 361-yards and just nine-yards shy of DeChambeau’s new record.

McIlroy dropped a shot at the 11th but moved back to one-under par in finding the green at the par-5 16th in two and proceeded to two-putt for birdie from 12-feet. Unfortunately, his round was summed-up on the last when he missed a four-footer for par.

“I didn’t feel, sort of felt similar to like I did yesterday, just didn’t feel quite as comfortable with the golf swing as I did on Thursday,” said McIlroy. “But I hung in there again, it was a shame to bogey the last, but conditions are supposed to be tough tomorrow, so you get off to a decent start, hang in there. I’m not too far away, so if I can get off to a decent start, be maybe a couple under through 5, I feel like I’ll have a decent chance

“Heading into tomorrow, I just need a little more trust in what I’m trying to do. Any of the shots that I hit today that weren’t what I was looking for was just indecisiveness or not fully committing to what I’m trying to do. So, I think that’s sort of the goal tomorrow, just to trust it a little more and if good shots come, they come and if not then at least I give myself the best chance to hit good shots.”

European Ryder Cup captain, Padraig Harrington also produced his own fireworks show moving up nine places to just be inside the top-30 thanks to a three-under par 69 that saw him move to minus-three for the tournament.