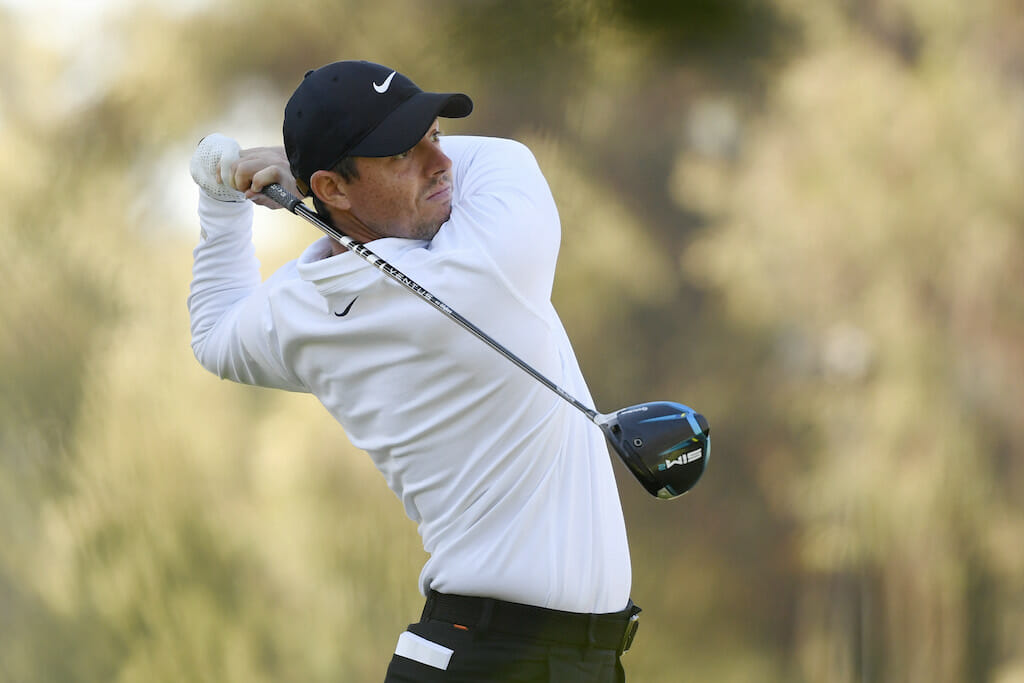 “He’s not Superman!” was Rory McIlroy’s very passionate response when asked his reaction to Tuesday’s shattering news that Tiger Woods was seriously injured in a car accident in suburban L. A.

McIlroy has become one of Woods’ closest friends since the Northern Irishman turned pro at the end of 2007 and then moved full-time to the U.S. mid last decade. The pair often play pre-tournament practice rounds together while they stay in contact when not inside the competition ropes.

McIlroy knew he was going to be asked about Woods’ horrific accident and resultant operation in attending a press conference ahead of this week’s $10.5m Workday WGC Championship at the Concession near Bradenton in Florida. However, it took many observers by surprise at McIlroy’s reaction when asked that of all the golfers that could have been injured in such circumstances, Woods was one who could bounce back from such physical adversity.

The question generated the “He’s not Superman!” statement, with McIlroy adding: “He’s a human being at the end of the day. And he’s already been through so much. At this stage I think everyone should just be grateful that he’s here, that he’s alive, that his kids haven’t lost their dad. That’s the most important thing. Golf is so far from the equation right now, it’s not even on the map at this point.”

McIlroy was then asked if the global news story that has evolved since Woods car crash could be a bigger distraction to all players teeing-up at the Concession Country Club.

“I don’t think so. I mean, he’s here, he’s fine. If he’s got — he’s got some pretty bad injuries, but he’s going to be okay. It’s not as if — I was looking at some of the coverage yesterday and they were talking as if he was gone,” said McIlroy.

“It’s like, he was in a car crash. It was really bad, he’s very fortunate to be here, which is great, but I mean, that’s the extent of it. So no. Of course we’re all going to play a golf tournament and seem no different. It’s obviously going to take a bunch of attention away from this golf tournament, but that’s nothing to do with us, that doesn’t fall on us, and we don’t really feel that when we’re playing anyway.”

McIlroy was again clearly taken aback when asked:  “I know it’s less than six hours since you probably found out the news. Has there been any talk among the players as to how to pay tribute to Tiger. I guess it’s — like you say “pay tribute to him.”

“He’s not gone,” McIlroy said. “Like he’s been in a very bad accident. We’re very lucky that he’s still here. I feel like we should pay tribute to him every day for being on the PGA Tour and what he’s done for golf.”

Woods stated last Sunday on CBS during the final round of the Genesis Invitational that he was uncertain if he would be able to tee-up at Augusta in April following a fifth back surgery. The sports world will likely now have to get used to the idea of not seeing tTiger teeing-up again until well into next year, at the earliest.  And that’s if his injuries do heal and he is given the green light to again practice. McIlroy was asked what the Tour will be like without Woods for a further extended period.

“It’s always great when he plays at a tournament or is out here because it gives that tournament an extra dimension that it usually doesn’t. I think we were all — you know, we’re all sort of heading towards that day that Tiger wasn’t going to be a part of the game,” said McIlroy.

“I’m not saying that that was soon. He’s still — before this accident, he was rehabbing a back injury and hopefully going to come back and play this year. It’s inevitable that one day he won’t be a part of it, and that’s going to be just something that the game of golf and the Tour is going to have to deal with and adapt to.

“Obviously, hopefully he comes back and is able to play, but if he’s not, I think he’ll still be a part of the game in some way, whether it’s obviously his design business and his foundation and hosting golf tournaments. We might — it may be the end of seeing the genius at work with a club in his hand, but there’s still a lot of other ways that he can affect the game in a great way.”

And McIlroy provided an insight into Woods’ renowned mental fortitude when touching on a never before known meeting with Woods following his fusion surgery in April 2017 where he did not play again until the start of the 2018 season.  Some 15-months later, Woods won a 15th Major Championship.

“I had lunch with Tiger and from hardly being able to walk to stand to being able to get his game back into shape. He won the Masters two years later, in 2019,” said McIlroy. “I don’t think people to this day, people don’t realise — a few of us out here do, JT, Rickie, Dustin and myself, the guys that are in Florida that have gotten a little bit closer with him — the struggle and the things he had to deal with to get to that point to win Augusta in 2019.

“I don’t want to take anything away from what Ben Hogan did after his car crash or any of the other comebacks that athletes have had in other sports, but right now I can’t think of any greater comeback in sports than the journey that he made from that lunch we had in 2017 to winning the Masters a couple years later.”