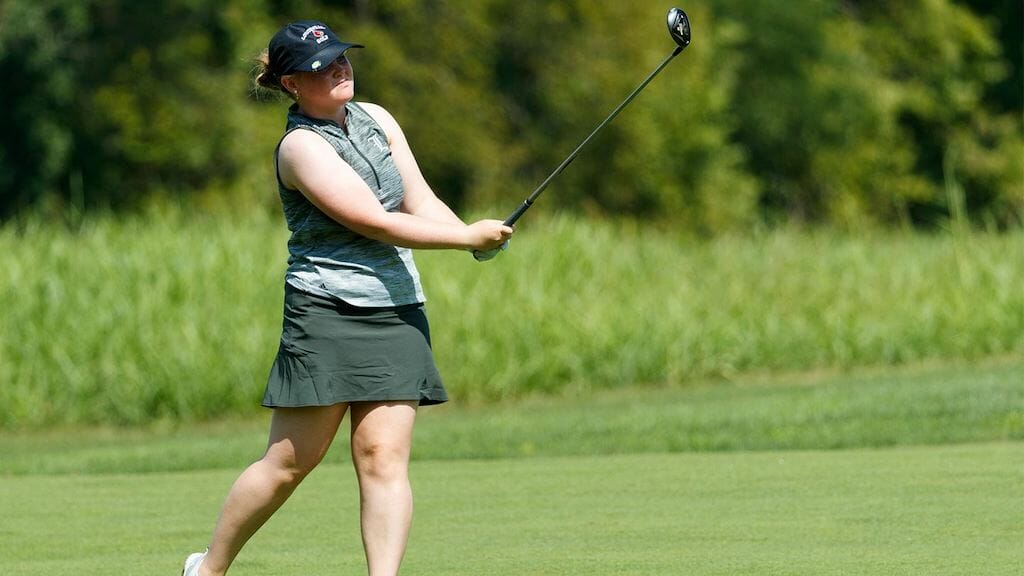 Mairead Martin fired a final round three-under-par 69 as the University of Louisville women’s golf team finished in 10th place at the Moon Golf Invitational on Tuesday in Florida.

The Cardinals closed the final round by shooting a 3-over-par 291 to finish the tournament at five-over-par with South Carolina taking the title with a score of 24-under-par, while LSU finished second at 18-under-par.

Martin, Lauren Hartlage and Hana Ryskova each tied for 13th place overall by shooting a 1-under-par 215. The Kanturk amateur, who carded rounds of 73, 73 over the first two days saved her best stuff for last, shooting up the leaderboard with five birdies on the final day.

It’s a great performance by the Cardinals Junior who appeared in all five events last season for her team, finishing third on the Louisville line-up with a 73.29 stroke average. She registered one top-5 and one top-10 last year and looks to be returning to some of her best form having twice shot rounds of 68 during her Sophomore year.

Martin led home the Irish challenge at the event that saw Auburn’s Anna Foster (Elm Park) return an encouraging performance with a share of 31st. The Auburn Tiger returned rounds of 74, 71 and 73 for a two-over tally with Douglas’ Sara Byrne (Miami) carding her best rounds of the week, a four-over 76 on the final day.

Meanwhile, with a round to go at the Sun Devil Winter Classic, Lurgan’s Annabel Wilson added a 74 to her even par 72 opening to fall to a share of 14th ahead of the final round. The UCLA star is six shots back of Arizona State’s Linn Grant and her UCLA teammate Emma Spitz who head the field at four-under. Grant’s Sun Devil teammate Olivia Mehaffey continued to struggle on day two, adding a 77 to her opening 78 to drop to 11-over par.