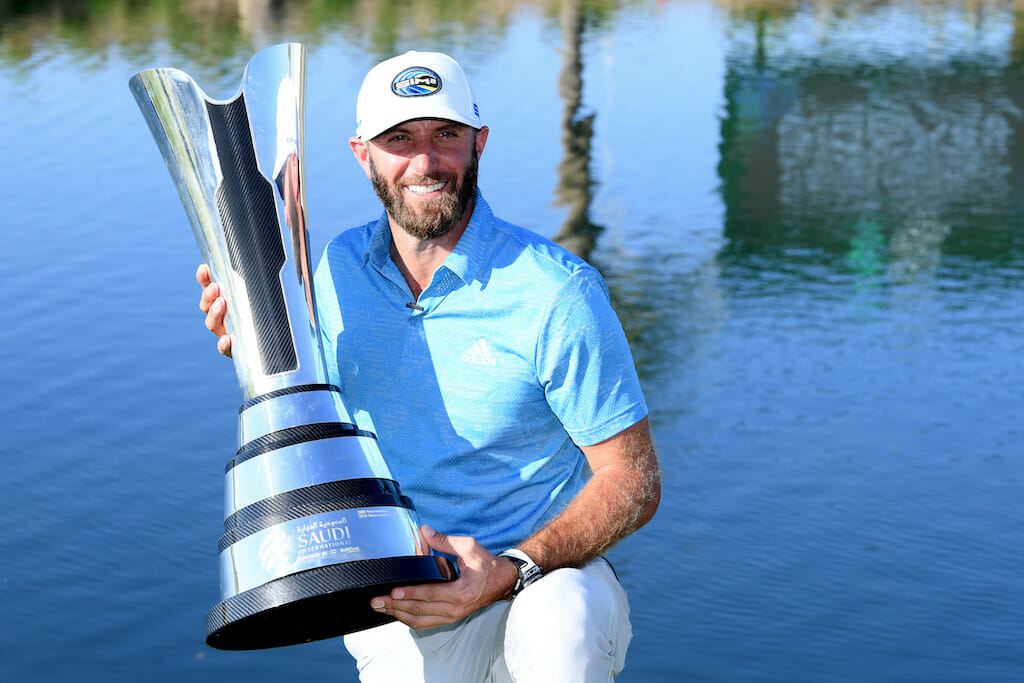 World No. 1 Dustin Johnson made it two wins from three Saudi starts with his two-shot success at the Saudi International.

Johnson, despite a very average putting display in making just two putts over five feet on the final day, held on to also capture a ninth European Tour title and a 28th career success in posting a final day 67 for a 15-under par course along the Red Sea shoreline.

“It’s very important for me to win here again on the European Tour as I don’t get to play around the world as much as I like to,” he said. “So, it’s definitely nice to get a win not on my regular Tour. After winning last at Augusta to get my first win again then the game is obviously in really good form and I’m excited about the rest of the year.”

Despite Johnson’s success in European Tour counting events he will not be tempted, well, not yet, to become a member of the European Tour.

“They try. I’d have to play too many events I think. I don’t like to play that many,” he said. “I have a schedule — I mean, I like to play around 20 and not have to add three or four or five more. So I don’t know if that would work. But I’ve definitely thought about it.

“I know guys like Patrick Reed, Tony (Finau) and others were members last year and if I did join I would be right up there on the Race to Dubai and doing well. But like I said, it’s all based on the schedule. If it works out and I can, then obviously I will. But that’s quite a few more events that I’ve got to play.”

Justin Rose (65) and Tony Finau (67) shared second place with Finau bumping Hill out of third in almost holing a final hole bunker shot for an eventual tap-in eagle. It is Finau’s ninth second place finish since his only PGA Tour win five years ago next month. Cormac Sharvin also enjoyed a great week, banking his biggest pay cheque since the Irish Open at Lahinch in 2019 with a share of 21st on invite in Saudi.