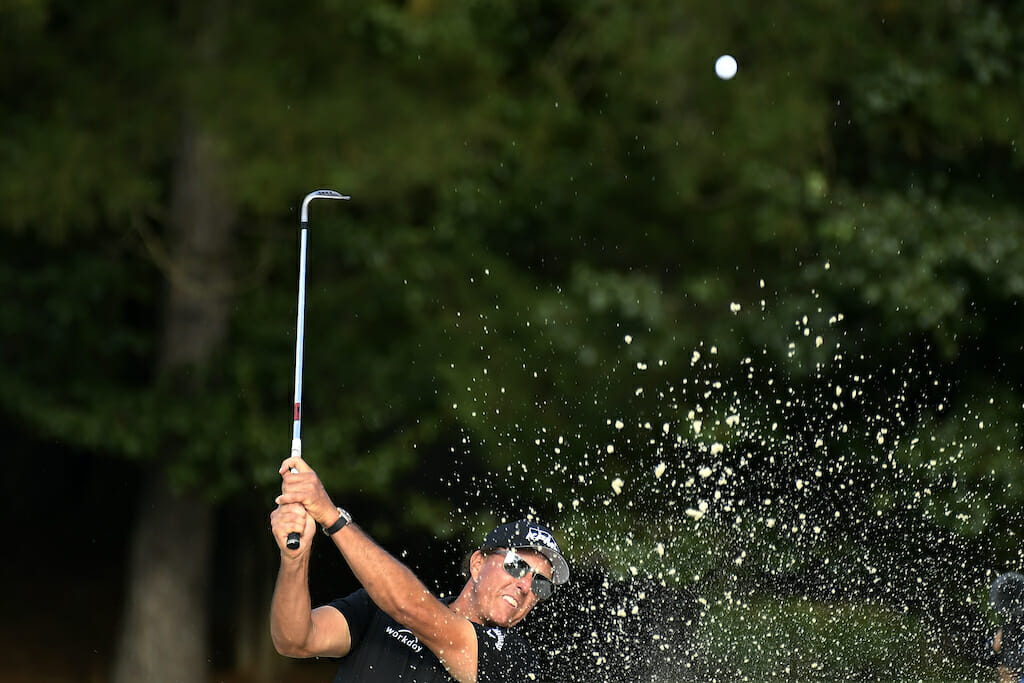 Among the outrageous 143 ‘pardons’ was one handed to Billy Walters, who has been in prison since 2017 after being found guilty of insider trading in a scheme that brought to light ties with Mickelson, reported by US news outlets, as having owed $2m in gambling debts to the now 75-year-old Walters.

However, Mickelson approached ESPN through his attorney Glenn Cohen declaring: “Phil had nothing to do with this” and said that no letter or phone call was made by Mickelson on Walters’ behalf. Cohen added: “The press release referencing Phil Mickelson is erroneous. The reason we are upset is because it’s untrue.”

Harig added Mickelson reached out to ESPN to say he did not write a letter for Walters, but he declined further comment. When convicted, Walters was ordered to repay more than $40 million for his role in an insider trading plan involving Dean Foods. As part of that plan, Walters had allegedly given Mickelson stock tips that helped him earn profits that enabled him to pay off gambling debts to Walters.

The ESPN article reported Mickelson was named as a “relief defendant” — which means not accused of wrongdoing — and faced no criminal charges after it was learned he earned nearly $1 million due to a stock tip he received from Walters, a former friend and avid golfer.

The U.S. Securities & Exchange Commission (SEC) alleged that Walters gave the advice to Mickelson so he could profit from a stock sale and repay him for gambling debts. In 2016, Mickelson repaid nearly $1 million plus interest when the SEC investigation concluded.

“I’d like to say that I’m disappointed to have been a part of that whole thing, but after a thorough investigation, I’m pleased that it’s behind me, that it’s over,” Mickelson said in June 2016. “I’m appreciative of my family and friends and my companies that support me.”

Mickelson had attended a pre-tournament American Express interview on Wednesday, his opening event of 2021, but was not asked in the PGA West press room about the matter.