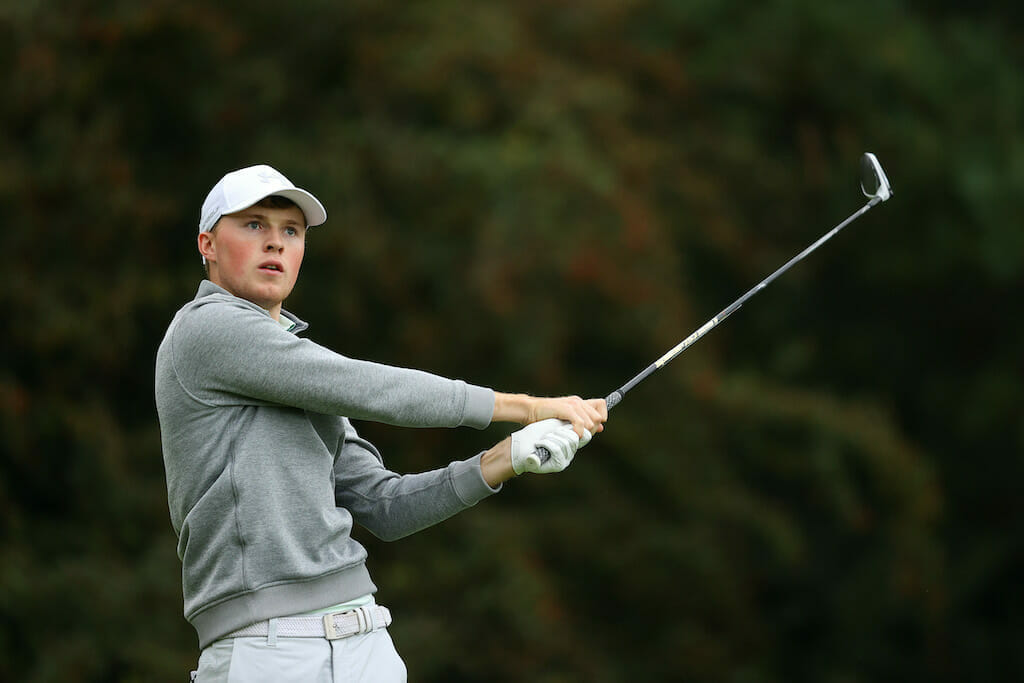 Mark Power top-scored for the Wake Forest men’s golf team who finished regulation stroke play in a tie for first place with host Florida State at the Seminole Invitational at Camp Creek Golf Club. After two playoff holes, the Deacs dropped by one stroke to the Seminoles.

Wake Forest had four players finish inside the top-20 while the team shot 22-under par in their first collegiate tournament since March 2020. Sophomore Power fired six birdies in a four-under par round of 68 to propel himself to a podium finish. The Kilkenny star, who won the prestigious East Lake Cup just two months into his time at Wake Forest, posted a seven-under par 54-hole total, leading home Freshman teammates Michael Brennan and Parker Gillam who both tied fifth.

“To start the spring season playing this kind of golf gives us a little glimpse of how good we can be. With that being said, we have a really long way to go. Other teams will improve and we will have to improve as well. We have wonderful team chemistry and it’s a great year to be a Demon Deacon golfer.” head coach Jerry Haas.

Gillam recovered from a tough first nine of the day with four birdies over his final nine holes. After an opening round score of 74, Brennan recovered quickly with a bogey-free second round score of 66 and final round 70. Junior Alex Fitzpatrick had his best round of the event on Monday and ended up finishing in a tie for 20th.

What’s Next – The Deacs will travel to Tucson, Ariz. for the Arizona Intercollegiate Jan. 25-27 at Sewailo Golf Club.