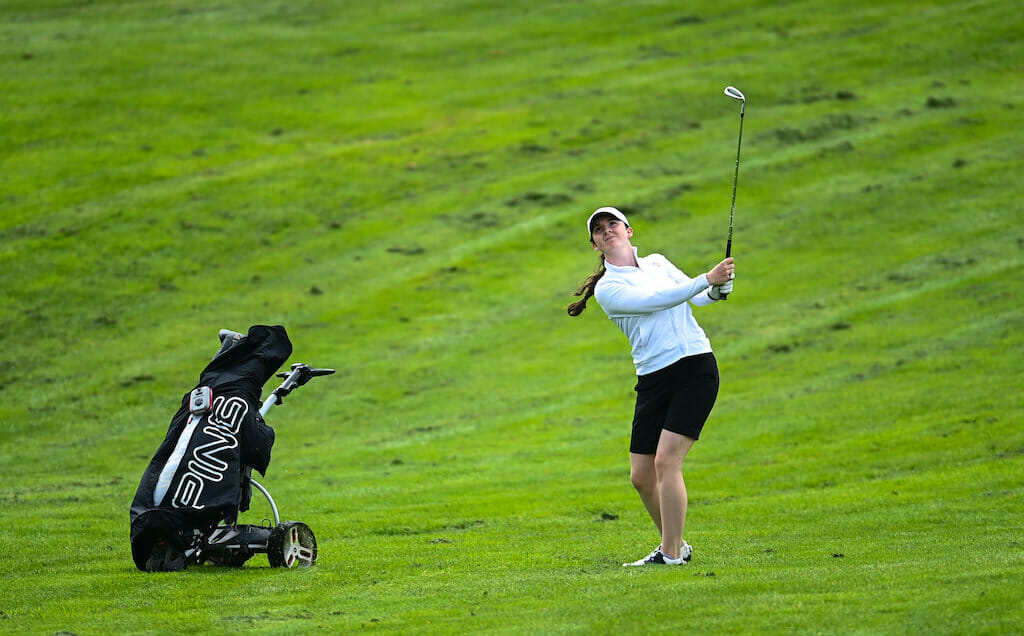 Castlewarden’s Lauren Walsh is edging closer to a second win in as many months after firing a three-under par round of 69 to move to the front at the Women’s Sunshine State Amateur.

The Wake Forest sophomore completed her maiden individual US collegiate win with a stunning five stroke success at the Grandover Resort Women’s Griffith Amateur in Greensboro last month. And with the winning feeling still fresh in her system, Walsh finds herself tied at the top alongside England’s Euphemie Rhodes at even par ahead of Wednesday’s final round.

The Kildare star bounced back from an opening 75 with a four birdie haul on Tuesday and takes the momentum into the deciding 18 holes after Rhodes carded two solid even par efforts to maintain her lead tied with Walsh atop the board. Walsh’s instant success Stateside has seen her rise to 44th on the women’s amateur golf rankings, just a spot behind Auburn’s Julie McCarthy. She appeared in the Wake Forest lineup for all seven events of her first season, finishing with a stroke average of 72.37. She finished inside the top-25 six times with her best coming at the ANNIKA.

Douglas’ Sara Byrne missed the 36-hole cut after carding rounds of 78 and 84 for an 18-over par total at Mission Inn Golf Resort.