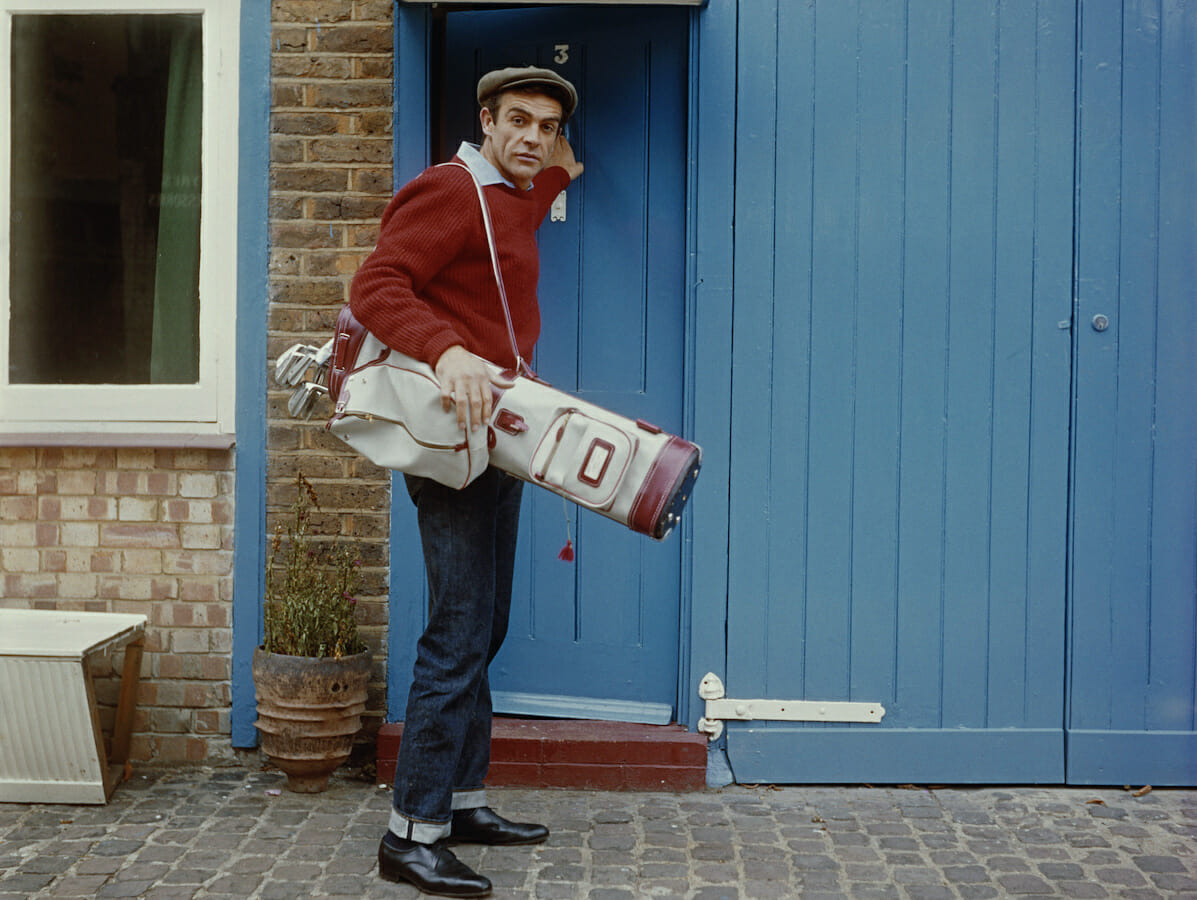 Connery, who starred in seven James Bond movies from 1962 to 1983 and countless other Hollywood blockbusters, passed away peacefully in his Bahamas home aged 90. Connery was born in 1930 in Edinburgh and with one of his first jobs working as a milkman in Edinburgh with St. Cuthbert’s Co-Operative Society.

In 2009, Connery recalled a conversation in a taxi: “When I took a taxi during a recent Edinburgh Film Festival, the driver was amazed that I could put a name to every street we passed. “How come?” he asked. “As a boy I used to deliver milk round here,” I said. “So, what do you do now?” That was rather harder to answer.”

Away from the cameras Connery loved his golf and among the many framed photographs Lyle has on display in his Florida home is one taken of the duo in 1989 on the tee at Pebble Beach and as playing partners for the PGA Tour’s AT&T Pebble Beach Pro-am.

“It’s very sad to learn of Sean’s passing as we played a lot of golf together including being grouped at the AT&T Pebble Beach Pro-Am,” said Lyle.

“I remember saying to him in meeting-up with him at Pebble Beach what he had been up and he said he’d just finished filming ‘Hunt For Red October’ “And how’s this for a team as we also had Clint Eastwood along with Andy Beam and myself as the two pros competing.”

Lyle has played with many greats of screen and TV along with other sports stars and was how he rated Connery’s game. 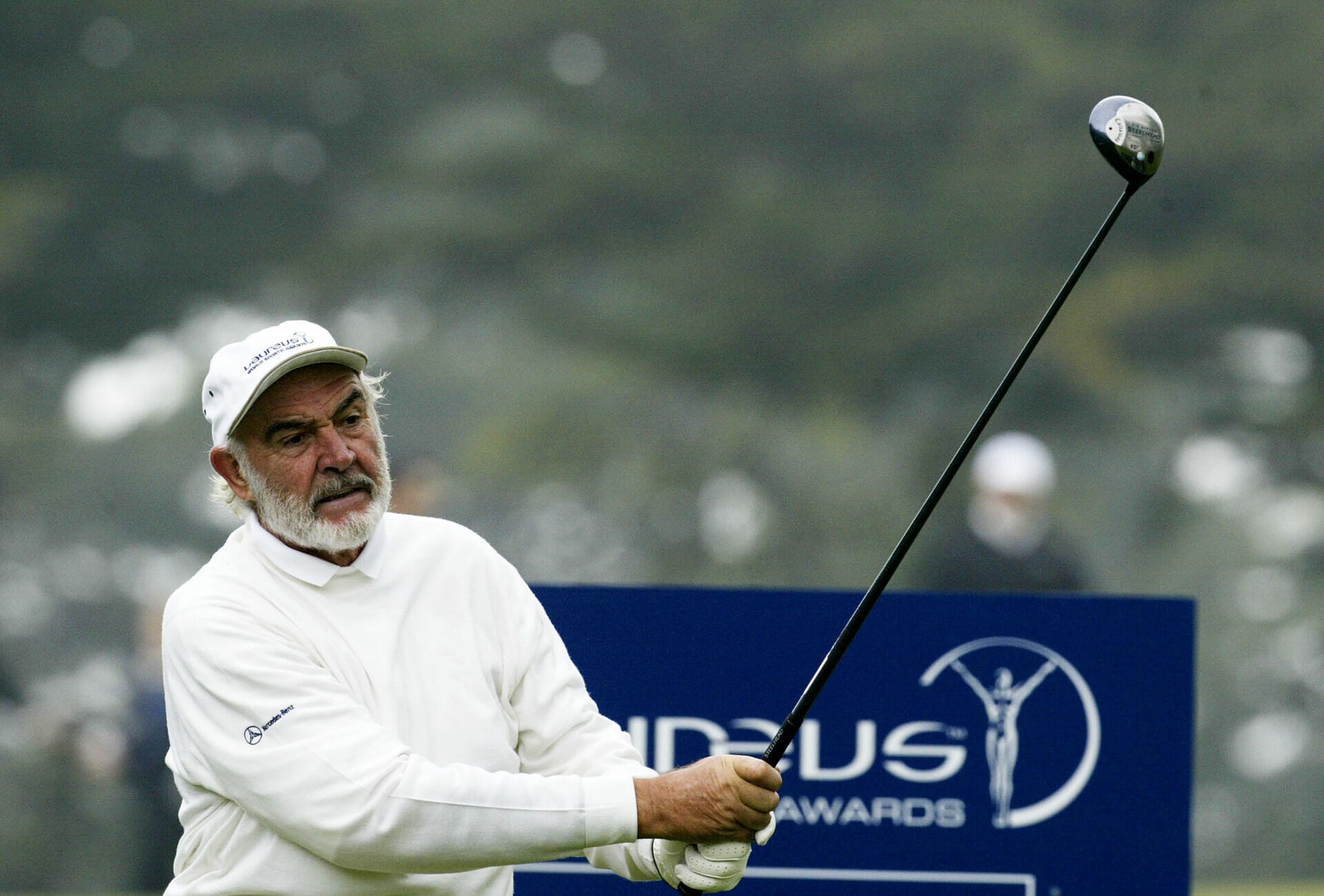 “Sean was such a likeable person and very competitive on the golf course,” said Lyle.  “He wasn’t what you would say ‘brilliant’ like say Nigel Mansell, who played off between scratch or three or four as Nigel never really varied from that.

“When Sean and I were teamed-up at Pebble he was playing off about an eight handicap so he could hit some pretty decent shots.  I recall he had been living in Spain for quite a few years and played in a lot of money matches, so he was always pretty usual on the golf course in doing things at the right time like making a long putt to win the money. “Also, Sean was present at Royal St. George’s in 1985 when I won the Open Championship, and I remember how special it was to see him there.

“I was also present one day some years ago in Florida when Tony Jacklin phoned Sean, and not remembering too much about the call, but Tony handed me the phone and I asked Sean what he was up to.

“I said to him: ‘Where are you?’ and he said he was actually going in for an operation right now, so he was on a hospital bed at the time and about to be wheeled into the operating room for a big operation. “So, news of his passing is very sad and it’s like the end of an era in many ways.”

And Lyle’s favourite Sean Connery ‘Bond’ movie? “It has to be Goldfinger and the scenes of his Aston Martin and the ejector seats,” said Lyle.

Of Course, Connery also played golf against Auric Goldfinger in ‘Goldfinger’. Other tributes to Connery include:-

One of the greatest legends! Sad news, this man give us such great entertainment, an incredible stunning presence and character. I'm delighted I had a few cool moments and memories with him! RIP Sir Sean https://t.co/6KmCchr0uW

We’re deeply saddened to learn that cinema legend, Scottish icon, and long-time friend of the Glen, Sir Sean Connery, has passed away. Coached by our former Head Golf Pro, the late Ian Marchbank, he is a key part of our history and will be greatly missed. pic.twitter.com/V81fTV4cUD