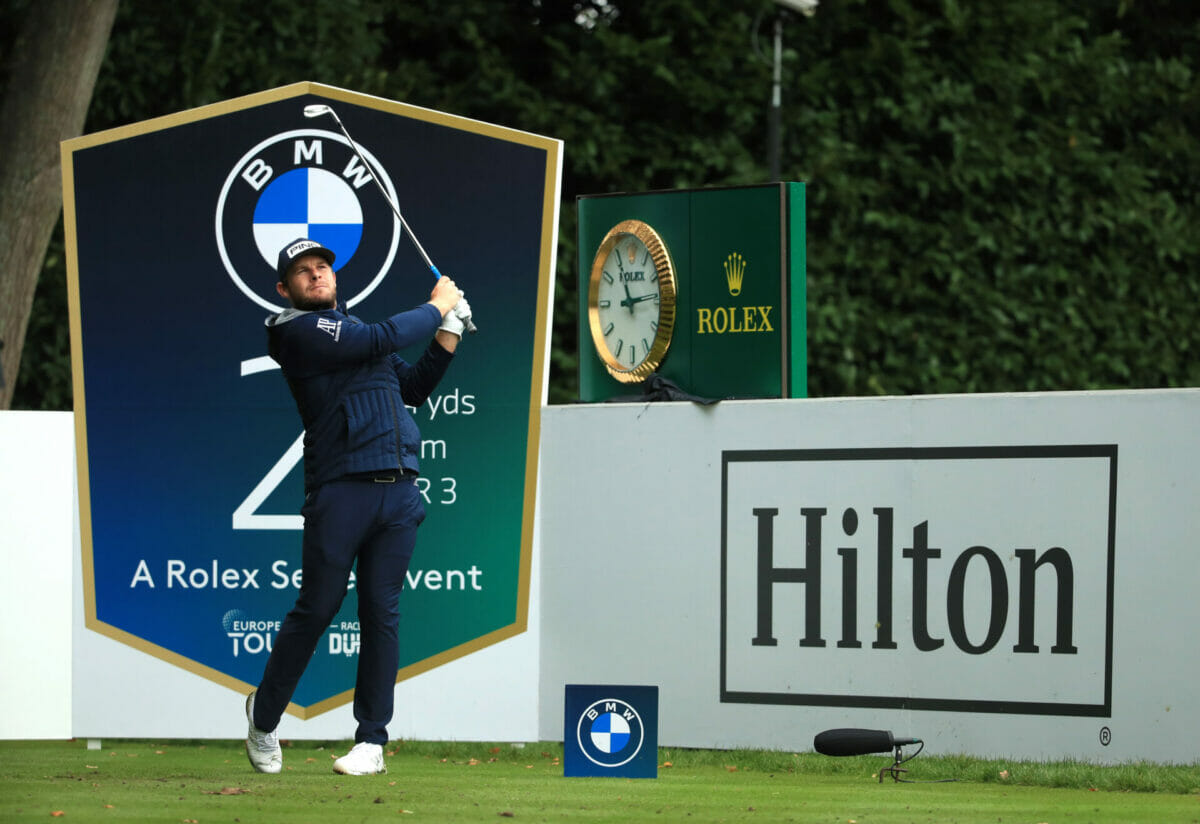 Tyrrell Hatton enjoyed a happy homecoming in his first round on British soil in 2020 with an opening round of 66 for a share of the lead with Adri Arnaus and Justin Harding in the BMW PGA Championship, the third Rolex Series event of the 2020 Race to Dubai.

The 28-year-old Englishman carded an eagle and five birdies, including one at the eighth – his final hole – en route to a six under par round as he chases a third Rolex Series title.

The World Number 15 was joined at the summit by South African Harding and Spaniard Arnaus, both of whom enjoyed flawless six under rounds in the more favourable afternoon conditions.

“Obviously it was tough this morning, and I hit a few poor shots, but the key thing was I recovered really well,” said Hatton. “I followed it up with a really good shot. That kind of kept momentum going. It was easy to make mistakes out there this morning, so I’m very happy with my round.

“I think for me, I just feel pretty comfortable out on the golf course. I’ve been around it so many times now, so kind of almost has that home course feel and you just feel like you know it so well. Yeah, it was a nice start today and hopefully I can keep that going the next few days.

“It would be special (to win the BMW PGA Championship). This is a tournament I’ve been coming to since I was five years old. To lift the trophy here is a goal of mine in my career, and hopefully I can play well the next few days and give myself a chance to do that.”

Four players sit a shot off the pace, including reigning Open Champion Shane Lowry who continued his strong form on Wentworth’s West Course by opening with a five under 67 which comprised five birdies and a bogey in his final six holes.

“I’m very happy with that,” said Lowry. “You know, I came here, only arrived here Tuesday night and I played a practice round yesterday, and couldn’t believe how different it was playing it this year, long and soft and difficult. We were very lucky with our side of the draw today.

“I think the morning starters had it harder than we did, so I was happy to go out there this afternoon, and we sort of played the last few holes with not much wind and I took advantage of that.”