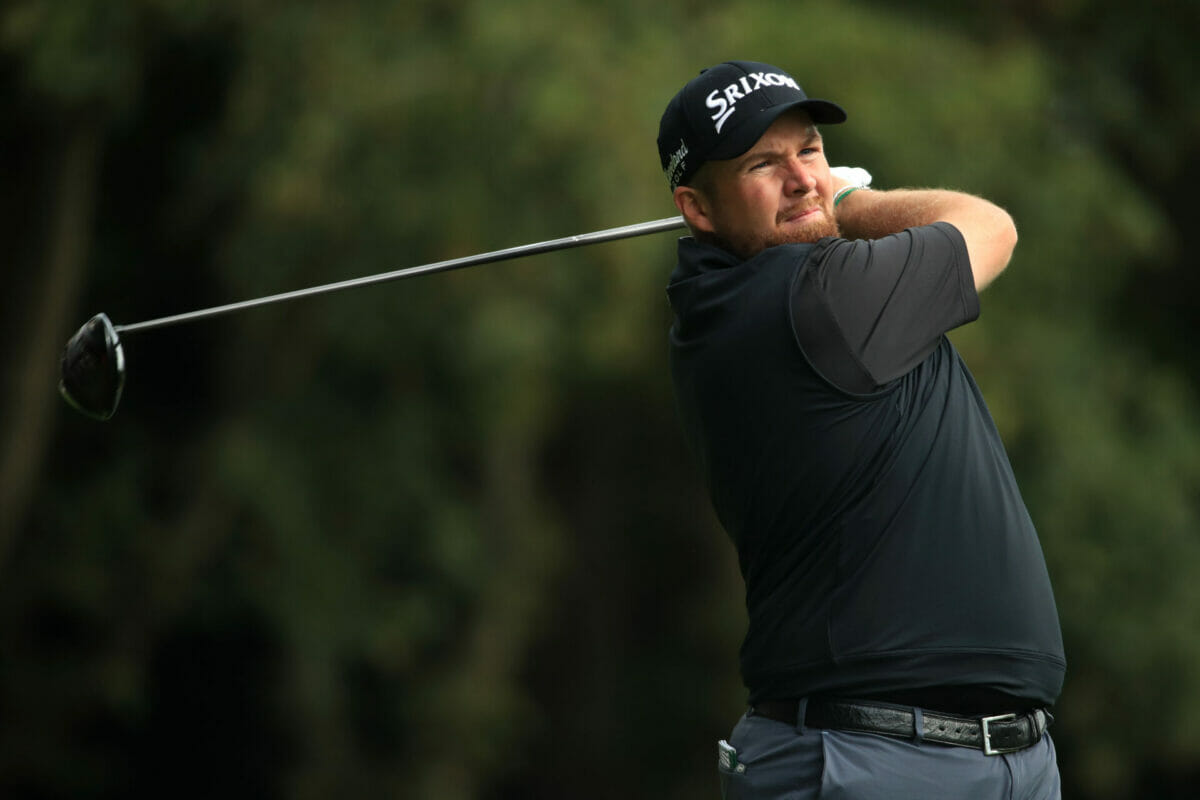 Shane Lowry put the pedal to the metal, muscling his way to within a shot of the lead with a 67 on the opening day of the BMW PGA Championship at Wentworth.

Lowry was caught in traffic to be just one-under after 11 holes before completing the closing seven in four-under on the famed ‘Burma Road’ West Course.

It left the Open Champion in a group of four just a shot behind the leading trio of England’s Tyrrell Hatton, South African Justin Harding and Spaniard Adri Arnaus posting six-under par 66s.

Lowry’s effort, on the 10th anniversary of his maiden Wentworth showing, was a best starting round since a 68 in 2017 while his lowest score remains a 64 on day one in the 2014 event.

Lowry was asked what triggered the last seven-hole turnaround in his game.

“Not much to be honest. I think the opening seven, eight holes are very difficult with the first and the third basically play as two par four and a halves, really difficult and birdied four, which is probably the easiest hole on the course and then a great birdie on nine,” he said.

Highlight of his round was holing a 36-foot, left-to-right, downhill putt at the par-3 14th that would have easily finished three or four feet past had it not found the bottom of the cup.

Lowry turned raising his left hand in the air, as if to salute the crowd, but under a continuing ‘No Spectators’ rule it was just his fellow players and caddies left clapping.

“You’re just trying to pick a spot on 14 because it’s quick for the second half of the putt and you’re honestly just trying to two-putt it,” he said.

As reported yesterday by Irish Golfer Mag, this year marks Lowry’s 10th year anniversary since first teeing-up at Wentworth in 2010 as the reigning Irish Open winner.

“This is our Flagship Event in Europe and I love everything about it,” he said. “I love staying down in Coral Park and I love coming here and playing the golf course and look, I miss the fans here, the best of the year by far, and I miss them.

“You really do miss them in tournaments, because they are — they come out here and there are thousands, and they do appreciate good golf.

“So yeah, we miss them here, everything about Wentworth, and the whole area, I just love it.”

Padraig Harrington was out earlier in the day and had to deal with the tougher blustery and sometimes rain squalls in posting a level par 72.

Harrington began from the ninth hole with a bogey but then capped his round chipping-in from some 15-yards at the par-5 12th hole, the fourth hole of his round for an eagle ‘3’.

It was Harrington’s third eagle in two events after snatching a pair last week in Scotland.

“I hit a nice drive off the 12th, and it was pretty tough at that stage, but it was down the fairway and even though I have 225-yards to the front, it was still a 3-wood that landed on the right front fringe,” he said.

“The flag was back right about 15-yards away, so I chipped it up over the slope nicely and it went in.

“Overall, I drove the ball well except for the first hole but drove it really well after that so to be honest, I did give myself plenty of chances after that,” he said.

“The conditions were very tough given it was blustery and we had some rain out there but fortunately the pins were not set-up crazy.

“So, the toughest part today was driving the ball and while I did drive the ball well, maybe I should have got a lot more out of my round.

“It left me disappointed coming off the golf course and finishing two or three under would have been a better reflection on the way I played considering I did drive it so well.

“I think I was only out of position once in my round so that was good.”

Graeme McDowell, the only other Irishman in the field, continues to struggle signing for a one-over 73 that included four birdies but also five bogeys.