McCarthy leads Auburn scoring on day one of Blessings Collegiate 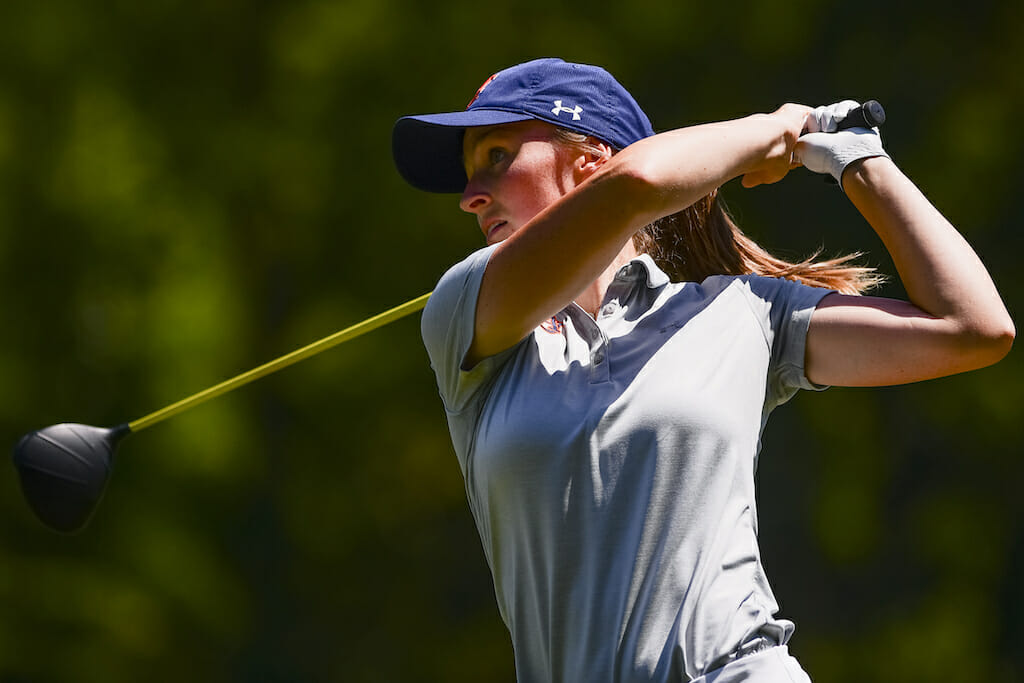 The Auburn women’s golf team was anchored by the junior trio of Julie McCarthy, Kaleigh Telfer, Mychael O’Berry on Monday as each golfer fired a 72 (+2) in the first round of the Blessings Collegiate Invitational.

Forrest Little golfer McCarthy started fast with three birdies on the front nine. She reached the turn in two-under and remained there through 12 until a 13th hole bogey began a run of four straight dropped shots for an outward nine of 40.

Telfer knocked in back-to-back birdies on 5 and 6 and then shot even par on the back nine with a third birdie on 15.

And after a bogey on the first hole, O’Berry bounced back to make par on the next seven holes and closed out the front nine with a birdie on No. 9. She added another birdie on 16 and capped her round with par on the final two holes.

All three players are tied for 11th on the individual leaderboard. As a team, the Tigers finished the first round in a tie for fourth on the women’s side after shooting a 300 (+12) on the Par-72 course at Blessings Golf Club.

“It’s a tough course, but the girls stayed tough,” head coach Melissa Luellen said. “Our top three played some beautiful golf for the majority of the day. Brooke (Sansom) really grinded to shoot even on the back nine to help our team score. We’re ready for a good day tomorrow.”

Sansom was 6-over on the front nine, but thanks to birdies on holes 13 and 16, the sophomore finished her round at 6-over and is currently in a tie for 36th overall.

Rounding out the Auburn contingent in Fayetteville was true freshman Ashley-Sinclair Curtis who carded an 88 (+16) in what was her first competition at the collegiate level.

Live scoring can be found on Golfstat.com.