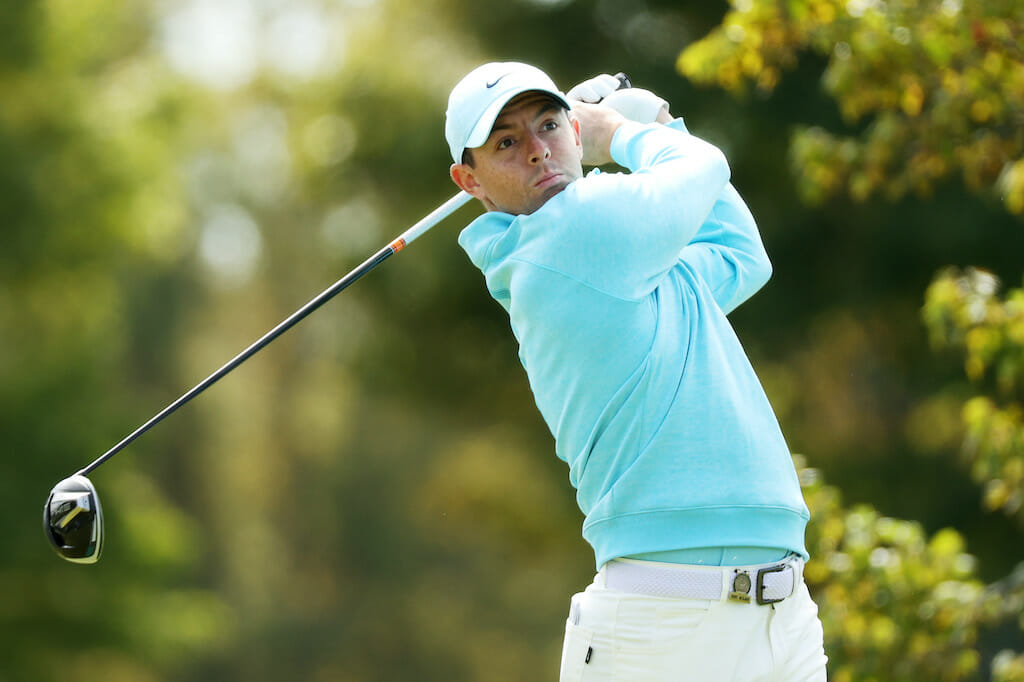 Rory McIlroy was full of praise for fellow U.S. Open winner Bryson DeChambeau who ended the 120th hosting of the championship as the only player under par at Winged Foot.

McIlroy went into the final round sharing seventh place at one-over and six adrift of Wolff.

The four-time Major winner knew he had to at least match Justin Thomas’ effort of a five-under 65 on Thursday if he was to have any chance of adding a first major title to his CV in six years.

However, all hope vanished when McIlroy doubled the first. He was then four-over for his round with bogeys at four and seven. He birdied the ninth and 11th holes but McIlroy then bogeyed 15.

Then at his 70th hole, McIlroy was well left into the trees with no option but to chip out on route to his second double-bogey of the championship before closing out with a pair of pars.

Looking back, McIlroy hit six of 14 fairways and while the history books will recall he finished T8th, a fifth top-10 in a dozen U.S. Open’s, what it won’t show is the frustration of letting slip another trophy at the game’s highest level.

“It was a really difficult last day with the wind up again like it was on Friday,” he said.

“It was hard to give yourself enough chances and leave yourself in the right spots where you could make a run at putts and birdie putts and just sort of being real defensive on the greens, trying to sort of think about your next putt and where the best place to leave it is.

“Yeah, looks like everyone found it pretty tough out there. Just a tough day.”

And with DeChambeau now joining McIlroy as a fellow U.S. Open winner, McIlroy had time to praise his younger American rival

“I played with Bryson at Colonial the first week back out, and I sort of said, okay, wait until he gets to a proper golf course, he’ll have to rein it back in,” said McIlroy.

“This course is as proper as they come, and look at what’s happened. Yeah, he’s got full belief in what he’s doing, and it’s pretty impressive.”

And McIlroy was asked if he was comfortable with the ‘controversial’ steps DeChambeau has taken to become a Major Champion.

“I think it’s brilliant, but I think he’s taken advantage of where the game is at the minute. Look, again, whether that’s good or bad, but it’s just the way it is. With the way he approaches it, with the arm-lock putting, with everything, it’s just where the game’s at right now.

“I’m not saying that’s right or wrong. He’s just taking advantage of what we have right now.”

McIlroy was heading home for the night before jetting off mid-afternoon Monday (US time) where he and Justin Rose will tackle the all-American duo of Tiger Woods and Justin Thomas in the opening on Tuesday of Payne’s Valley course at Big Cedar Lodge in Ridgedale, Missouri.

The course is Woods first public-designed lay-out and was named in honour of the late Missouri-born Payne Stewart.