Doheny shines in the sun at Connemara Pro-Am 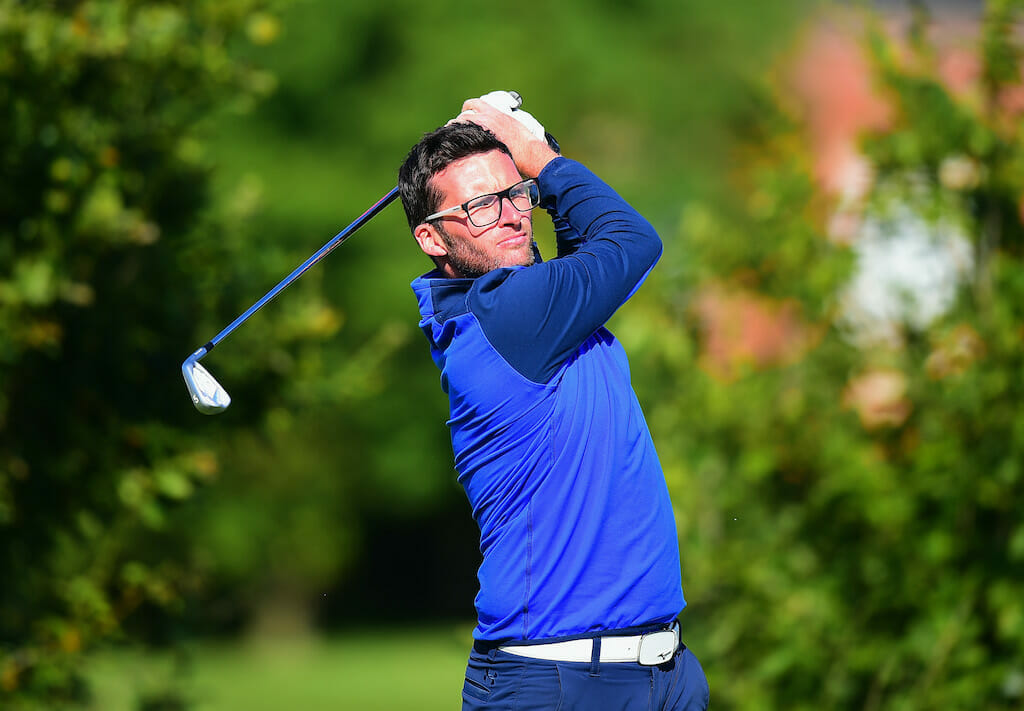 Brian Doheny posted back-to-back 69s to win the 36-hole Connemara Pro-Am on Sunday and in doing so, brought the curtain down on the official PGA in Ireland season.

The Callan Golf Club professional, a joint winner of the recent Conor O’Dwyer Charity Pro-Am at Kilkea Castle, finished the tournament on six-under par, one stroke ahead of James Quinlivan (Mullingar GC).

“We couldn’t have asked for better weather over two days. We are usually fighting with the umbrella and knocking down shots. To have two fine days like that was just brilliant,” said the 35-year-old.

“I have been waiting long enough for a win, even tying for first place at Kilkea drove me on a little bit more. This is my first solo win since I turned pro eight years ago. And look, if you wait long enough they all come along at once.”

The round one leader, Neil O’Briain (Old Conna GC), posted a second-round 75 (+3) to end the day in a share of third place on four under alongside Brendan McGovern (Headfort GC) and Colm Moriarty (Glasson GC).

Brian added; “I didn’t do much wrong both days to be fair. I managed my ball well but the big difference has been the putting. I changed to a totally different shape and style of putter just before the Irish Championship and I have started to hole a few more putts.

“I felt I let one slip at the Irish Championship, maybe not in terms of the win, but I definitely could have finished closer to the leaders.

“I’ve also tried to free things up a bit and went back to the days when I was playing a bit of hurling.

“I was more of a handsy player then and I had got very mechanical which didn’t really help me. I’ve been a bit more carefree and got my rewards.”

The team event was won by Ardee professional Brian Kerley and amateur partners Gavin Daly, Dermot Durnin and Fergus Duff who combined for 177pts over the two days.