Mullingar Scratch Trophy to get the show back on the road 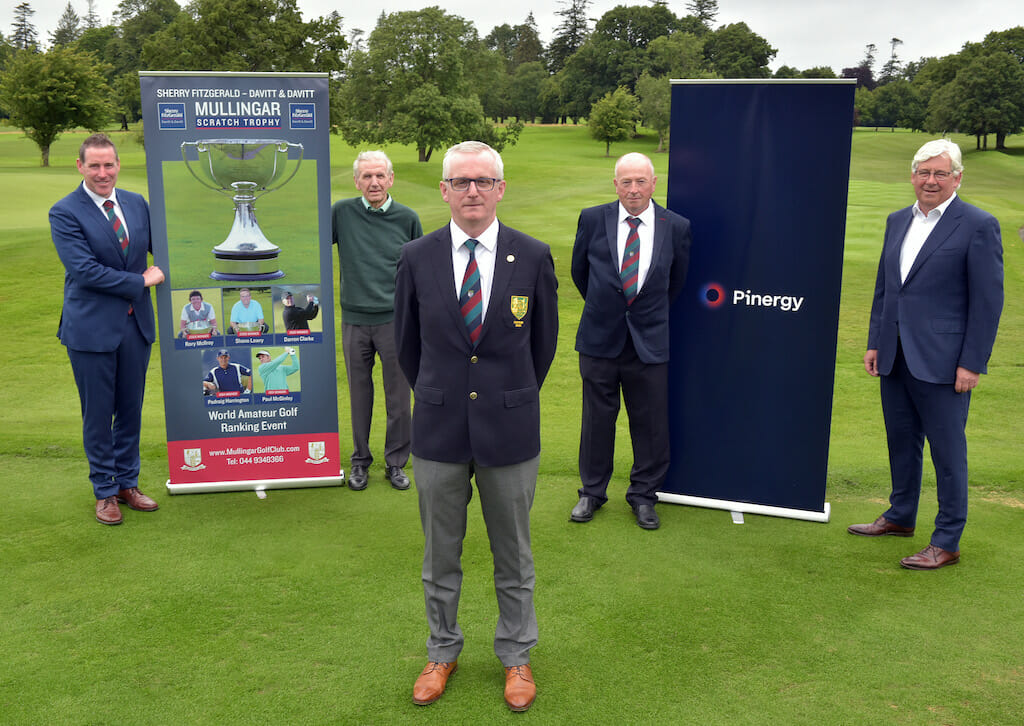 Mullingar Golf Club has confirmed that it will host the famed Mullingar Scratch Trophy, which is run in partnership with GUI Leinster Golf, on Saturday 15th and Sunday 16th August.

Captain of Mullingar Golf Club John Plunkett said: “We are really looking forward to welcoming all the players to the 58th consecutive staging of the Mullingar Scratch Trophy and very grateful to Sherry Fitzgerald Davitt & Davitt & Pinergy for coming on board as sponsors again this year.”

Last year, Kinsale’s John Murphy captured the title with three birdies in his closing five holes, and despite a bogey on the penultimate green, Murphy made a two putt par on the last to seal the win. The 22-year old Corkman will not be back to defend his title due to a clash with the US Amateur Championship.

“As much as I would love to be back, I’ve just travelled back to America and will be competing in the US Amateur which unfortunately clashes with Mullingar,” said Murphy.

“It’s a quality tournament which is steeped in history and it deservedly attracts one of the best fields every year on the Irish amateur circuit. I’m looking forward to following it and seeing who comes out on top this year.”

Aidan Davitt, Managing Director of Sherry FitzGerald Davitt and Davitt said: “We are delighted to be associated with and continue our sponsorship of the Mullingar Scratch Trophy for the fourth year. This is a much-anticipated tournament and will see the cream of Irish amateur golf competing at the renowned Mullingar Golf Club.

“Sherry FitzGerald Davitt and Davitt are delighted to be able to support its local golf club during testing times and relish the relief and enjoyment that a return to competitive golf will bring to so many across Ireland. I want to wish Mullingar Golf Club and all the competitors the very best during the championship.

Peter Bastable, Director of Pinergy said: “We’re delighted to be a sponsor of this year’s prestigious Mullingar Scratch Trophy that has over the years shone a light on some great Irish golfing talent and I’m sure this year we will be no exception. At Pinergy, we partner with some of Ireland’s leading property and commercial businesses providing them with insights & better ways to optimise their energy. We’re really looking forward to seeing some great golfing talent emerge at this year’s event to give us all an insight into some champions of the future.”

Due to the on-going Covid-19 restrictions, the event will for the first time in its history, be played behind closed doors. The Mullingar Scratch Trophy is part of the prestigious Bridgestone Order of Merit which is being competed for across four events this season. Already confirmed for the event is the current Bridgestone Order of Merit champ Rob Brazill from Naas.

Live scoring and news will be available throughout the championship at www.golfnet.ie