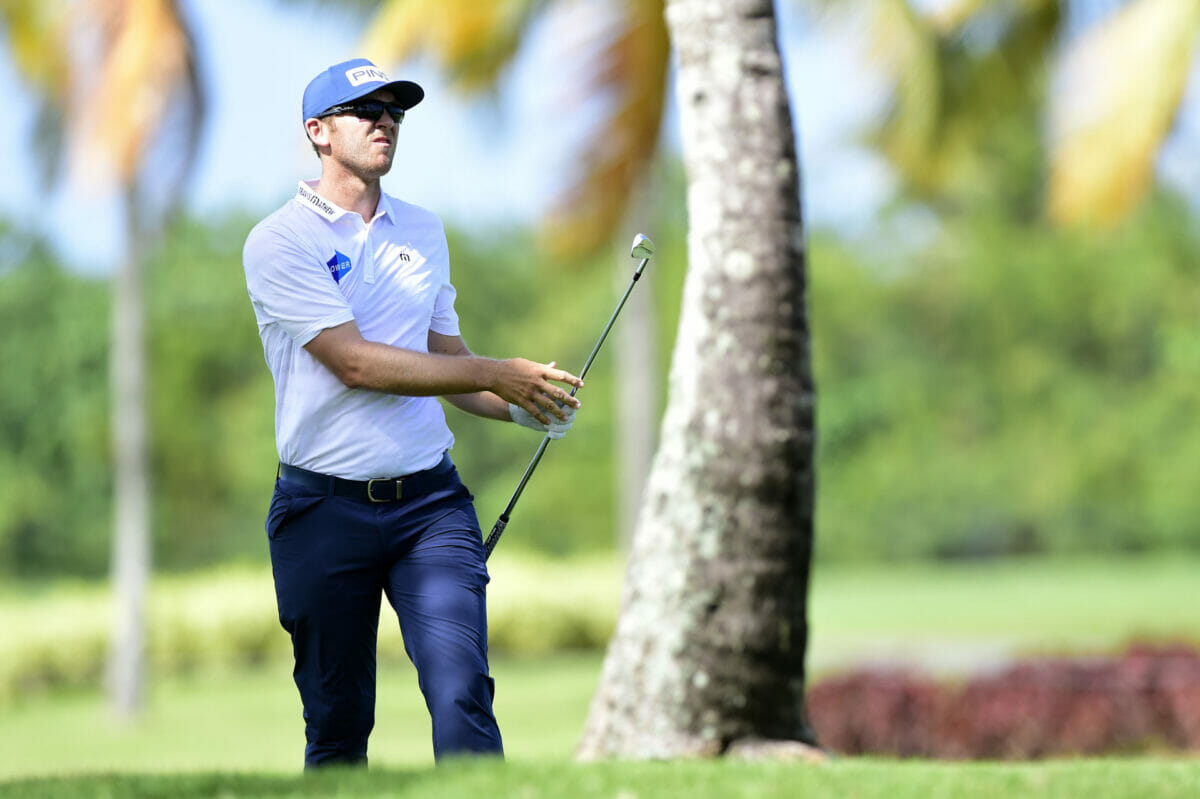 Seamus Power signed for a four-under par 68 – his best round of the week – to complete an encouraging four-round performance at the PGA Tour’s Puerto Rico Open.

The West Waterford professional knows the importance of taking advantage of his limited starts this term and after making the cut on the number on Friday, he played his way up the leaderboard with three straight rounds in the 60s.

On Sunday, Power found six birdies to launch himself a further 14 places up the board with his nine-under par tally good enough for a tie for 35th.

Yet, as encouraging as this week was, Power is only projected to move two places to 195th in the FedEx Cup standings.

In reality, it’s career best finishes rather than midfield runs amounting to a $13,700 payout that will ultimately decide whether or not he can regain full status on Tour, but four rounds is something on which to build for the former Irish Olympian.

Someone who’s ensured himself no status worries is Tour rookie Viktor Hovland who claimed his maiden title with a stunning birdie at the last.

What a way to capture your first win …

The 22-year old Norwegian rattled in his 72-hole final blow for a 20-under par tally which was good enough for a one shot win. That saw him join Collin Morikawa, Jon Rahm, Jordan Spieth, Justin Thomas and Hideki Matsuyama as the last five PGA Tour winners of the same age.

“The only or the first person to play out here was Henry Bjornstad,” Hovland said. “I grew up kind of watching him play or following the scores online.

“So to kind of follow his footsteps and be able to win kind of the first tournament for Norway is really special. A bunch of my friends and just normal people from back home paying attention, which is a lot more than I could ask for.”

Hovland earned $540,000, a full Tour exemption through the 2021-22 season and spots in the PGA Championship and The Players Championship.

“I was just thinking about trying to play as well as I could today and trying to get the job done,” Hovland said. “I hadn’t really thought about the perks yet, but I’m sure it’s going to be nice to get into some of the events that I wasn’t already qualified for.”