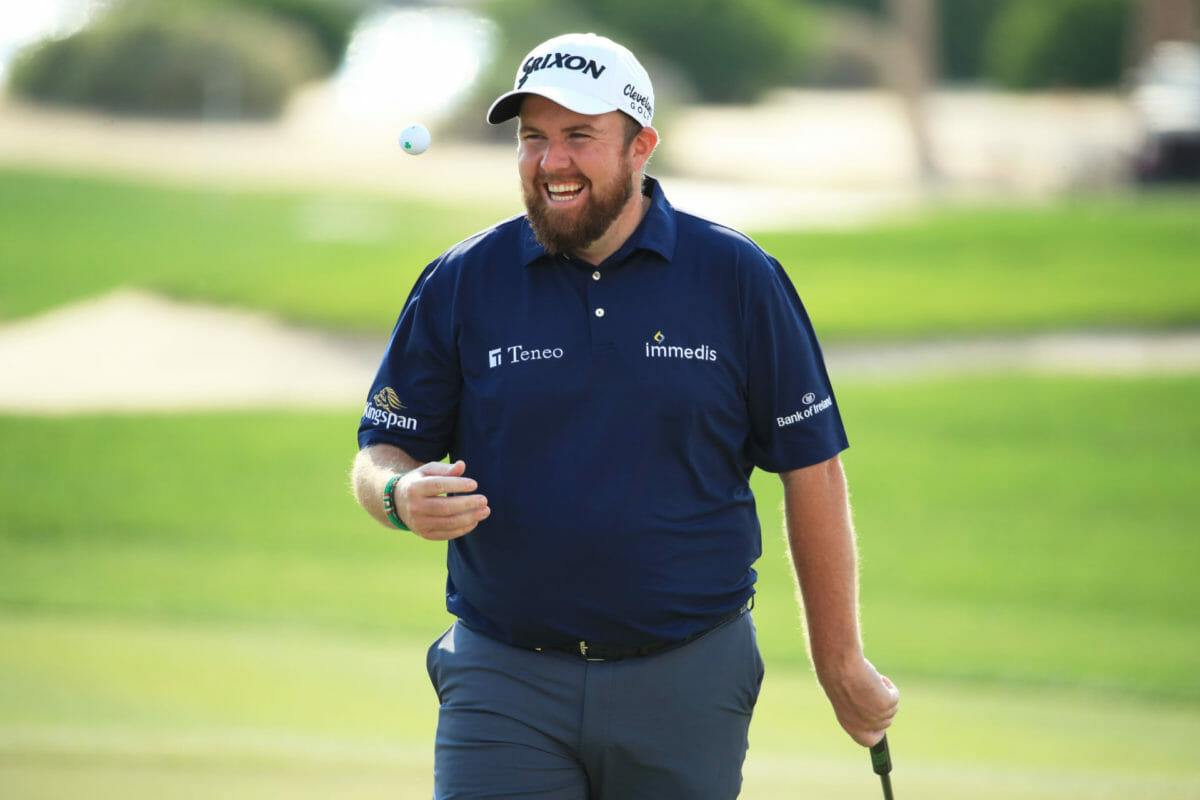 It’s onwards and upwards for Shane Lowry after his marquee 2019 season as he begins his title defence at the Abu Dhabi HSBC Championship presented by EGA – the first Rolex Series event of the 2020 Race to Dubai.

The Clara star won his first Rolex Series title at Abu Dhabi Golf Club 12 months ago and carried his form and confidence through to the summer, leading to a memorable maiden Major Championship victory at The Open, and his first multiple winning season.

With a Ryder Cup and the Olympics to come in 2020, there could be more firsts for Lowry and once again it all begins with the Rolex Series in Abu Dhabi, where he is aiming to emulate Tommy Fleetwood – the last man to win the title in consecutive seasons.

“It was obviously my best year-to-date,” said Lowry of 2019. “I couldn’t really have envisaged what happened. It was really nice to get off to an unbelievable start here, winning one of the biggest events on Tour. This course, this tournament, against this field every year is a really, really difficult tournament to win, and it obviously kick-started an unbelievable season.

With a condensed schedule set for 2020, Lowry is hoping his successful hunting ground in the desert can provide the ideal opening platform towards achieving his long term goals.

“Obviously I have goals in my head. I have it in my head what I want to achieve this year, and the main thing for me is make that Ryder Cup team. I’ve set everything out to do that.

“The Olympics is going to be exciting. I’ve never played, so hopefully I can go there this year. We don’t win too many Gold Medals in Ireland, so if you’re able to bring one back to Ireland, I think that would be very, very special.”

Meanwhile, Fleetwood’s victory at this event in 2017 proved to be the springboard that led to him winning the Race to Dubai at the end of the season, and his 2018 win in Abu Dhabi preceded his momentous Ryder Cup debut at Le Golf National.

“As an event, it is pretty much the best way to start the year.,” said Fleetwood. “I’ve always enjoyed it. It throws you in at the deep end, a really tough test. I’ve been lucky enough to have a couple of really good years here, in particular the ones that I did win here, catapulted me on for the rest of the year.

“People like to set goals for the year. Of course, there’s targets to do with results, the obvious ones are to win tournaments or to win Majors or to compete in Majors, and of course they are there.

“There’s other things I’d like to do. Of course I want to get to the Olympics. I think that’s on my radar. The Ryder Cup is in September. And then, just clear signs of improvement. There are certain parts of my game that I want to improve.”

His Ryder Cup teammate Sergio Garcia is vying for first wins on both the Rolex Series and at this event, as he returns to Abu Dhabi for the first time since 2014. The Spaniard has never finished outside of the top 20 in his six previous appearances at Abu Dhabi Golf Club, and he knows the benefit of early season success in the desert, going on to win the Masters Tournament after his victory in Dubai in 2017.

Rising star Viktor Hovland got his week off to a great start with victory in the Hero Challenge on Tuesday, and he is another man with The Ryder Cup on his radar, as the 22-year-old Norwegian joins the stellar field in Abu Dhabi with the aim of converting his impressive amateur achievements into his first professional victory.

“Playing in big events excites me, but I just try to do as well as I can,” said Hovland. “Fortunately, those bigger events usually they tighten up the fairways and the rough is a little thicker. I just think that suits my game, and that’s probably why I’ve performed a little better at those events.

“Obviously I want to do what I can to make the team for The Ryder Cup. That’s not what I’m thinking about every day when I wake up, I’m just trying to get better at golf, but I want to be eligible if that opportunity comes.”