The stocking’s half full – trust me 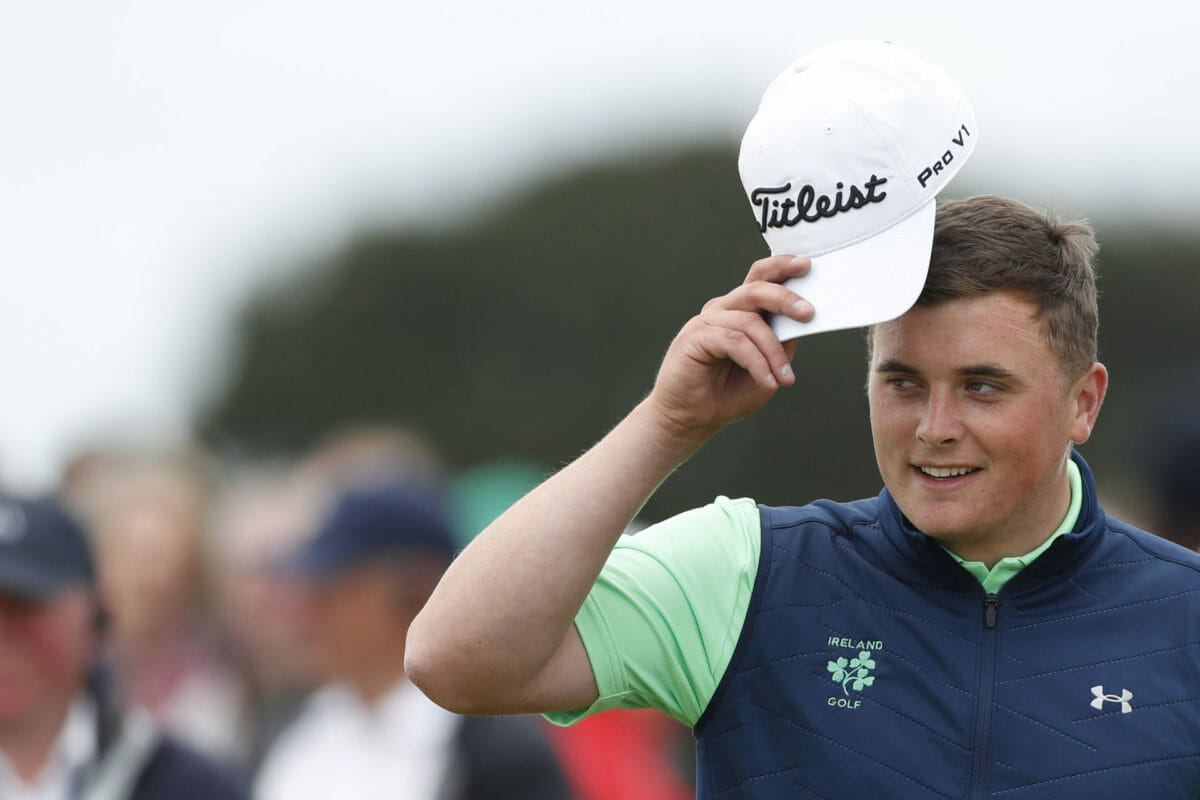 I was accused of plagiarising my thesis at University. After submitting a 9,000-word paper on Carton House entitled ‘From Fitzgeralds to Fairways, the History of Carton Demesne’, I was summoned by the Head of Journalism weeks later to his office for an impromptu meeting. I assumed the get-together was to discuss my questionable attendance record. Instead it was to get to the source of the content making-up the “puff piece” I had passed as my own.

‘A bit homophobic’, I thought as I exited the room with my grade intact, because needless to say, the words were mine and there was no proof to the contrary. Who knows where I’d be writing had that meeting turned sour; on the inside of a dingey train station toilet cubicle or worse still, penning horoscopes for The Sun? Instead, I can reflect on a landmark year for golf in Ireland and tell you, hand on heart, that the sport is in a healthy place on the Emerald Isle.

Indeed, thirty years from now when I’m retired in my Aran sweater sipping on Cognac in front of my hovering television screen, I envisage an episode of Reeling in the Years looking back on 2019 and an historic year for Irish golf. The episode, albeit not as pixelated as we’ve come to expect from RTE’s nostalgic series, will first feature a young Mallow man and now Major Champion, James Sugrue, before he turned to the paid ranks, downing a pint of milk upon triumphing before a 3,000 strong crowd at The Amateur Championship at Portmarnock.

A smooth segway from Portmarnock to Portrush will follow and the return of the Open Championship to Irish shores after a 68–year absence. Pictures will teleport me back to the Dunluce Links where Dad and I battled for vantage points to witness Shane Lowry’s victory procession to a then first Claret Jug. The scene will stand as iconic as any sporting segment the show has featured, from Ray Houghton’s winning goal against England at Euro 88 to Sonia O’Sullivan’s silver at the Sydney Olympics in 2000, moments of utter Euphoria that brought the whole island together as one.

Shorter snippets will follow; The Golf Course at Adare Manor winning Ryder Cup hosting duties for 2026 and scenes of jubilation from Lahinch and the Paul McGinley hosted Irish Open that introduced many a surfer to the sound of a crisply struck 6-iron. It will be remembered as the year where Cormac Sharvin made his breakthrough to the European Tour, the same year that Jonathan Caldwell, who 10 years previously had played a practice round with Lowry at Baltray – Caldwell the European Tour pro and Shane a promising amateur – earned his shot at redemption at the age of 35.

It will be a year recalled for having 20×20 vision; one that targeted a gender gap within the sport and bridged it significantly. One where Leona Maguire and Stephanie Meadow both carved their respective paths to the LPGA Tour and in doing so, two female Irish pros made it to the top tier of women’s professional golf for the first time in history, sparking the pro careers of Olivia Mehaffey, Julie McCarthy and Annabel Wilson and the interest in golf amongst young girls never previously acquainted with our great game.

It would be a worthy episode, would it not? As worthy as my thesis paper, I’d have thought. I remember walking away from college the day that accusation was levelled at me and Googling ‘puff piece’. The definition read:

‘An article or story in the media that is excessively complimentary about a person, product, event, etc.’

I had portrayed Carton House as a juggernaut in the industry, one that rolled with the punches of the Recession and had lived to tell the tale. Given public relations was one of my core modules studying Journalism, I had no issue leaning on the side of positivity. In this article’s case, I had no qualms doing the same.

But for those who think differently, of which you’re entitled, what is so wrong with the game of golf in Ireland?

Sure, a golf course closed down recently but this was a course situated in the middle of Kildare, built at the height of the Celtic Tiger that initially set a joining fee on a shareholding basis of €12,500 per member. Was that a great time for golf in Ireland? Was that even a great time for Ireland?

The truth is, this country lost the run of itself across industries and golf was no exception. The island is still overpopulated with golf courses but it’s great to see so many recovering after the brutal attack of the Recession. Course closures, like any business, are par for the course and hopefully, given that “the boom is back”, certain failures, however sad and regrettable, will serve as a reminder of the mistakes that hurt us. The pain remains, and so it should. We can’t fall foul of short–term memories only to undo the great work of this decade as we enter an exciting new one.