Pick that one out! 18th hole eagle soars McIlroy into Shanghai contention 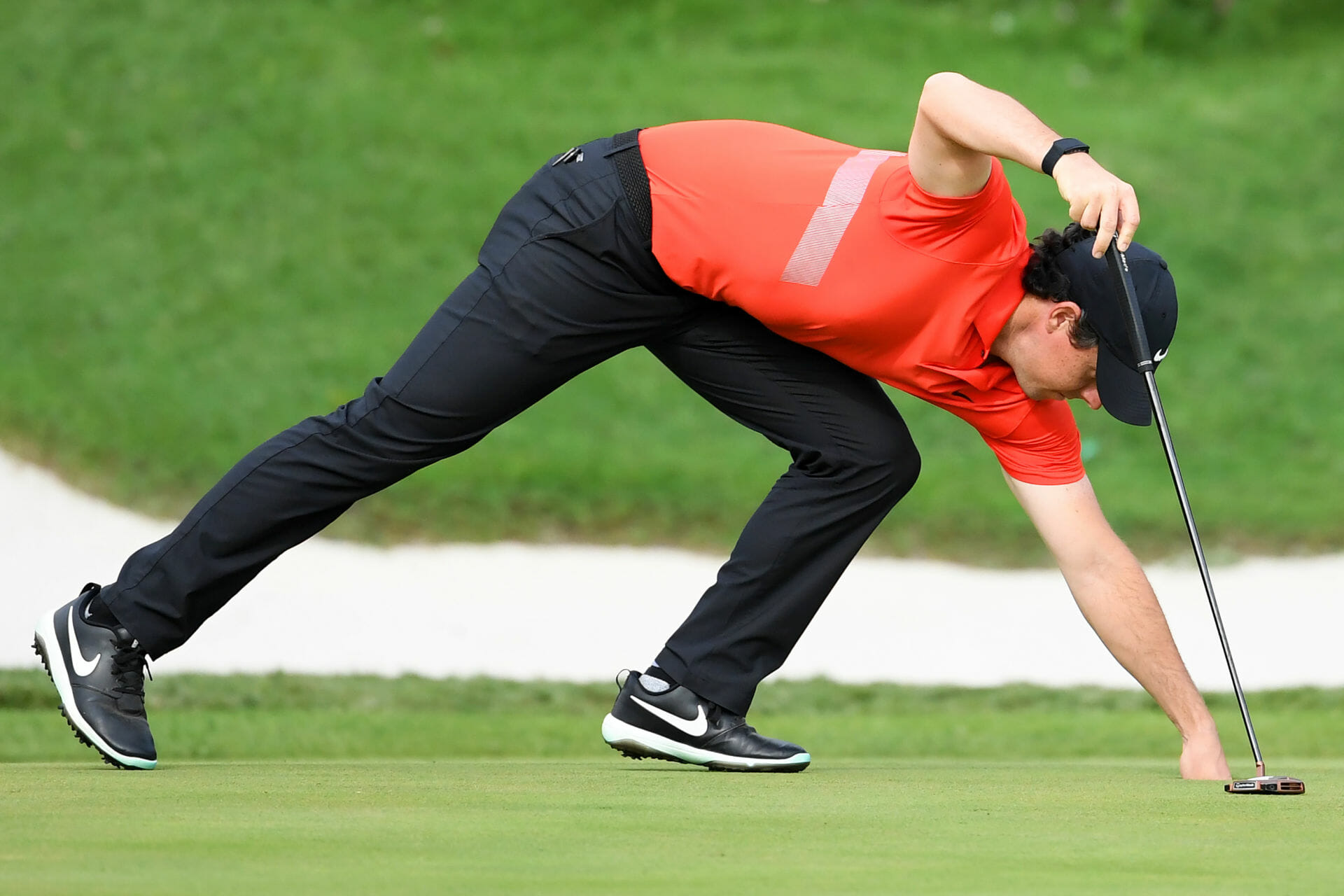 World No. 2 Rory McIlroy has muscled his way into position for a first WGC – HSBC Champions title, sensationally eagling his closing hole in a second straight five-under par 67 to be one off the lead with two rounds to play in Shanghai.

Mcllroy is clearly looking ominous as he goes in search of a fourth victory this year in moving to 10-under and one behind England’s Matt Fitzpatrick with scores of 66 and 67.

McIlroy began slowly on Thursday in the $US 10.25m event to be level par through nine holes but has now played his last 27 holes in 10-under par thanks to his 36th hole eagle along with 10 birdies and just two dropped shots.

McIlroy brought the Chinese crowd to their feet at the last in landing a soaring second shot, that first cleared the water guarding the final green, onto the putting surface before stopping just two-feet from the hole.

The Northern Irishman, looking like a Sunday-dressed Tiger Woods in his red shirt, stepped-up and calmly rolled-in the eagle ‘3’ putt.

Earlier in the round, the 26-time pro career winner managed to pick off four birdies in a row from the third to the sixth hole, but when it seemed the Northern Irishman was heading for something very special, he stalled to play his next 11 holes in one over until the eagle on 18

“The way I started, four under through six, I was thinking maybe shoot a better score than I shot yesterday, but you miss a couple fairways, miss a couple of greens and this course all of a sudden gets pretty tricky,” McIlroy said.

“It’s easy from the fairways, but I sort of veered off them a little bit around the middle of the round, but was able to get back on track. It was obviously nice to finish the way I did.”

Since winning a second FedExCup title, McIlroy played three times in Europe before opening his 2019-20 PGA Tour season in Japan last week where he managed to finish third. His last three worldwide starts had seen him average 72.6 in the opening rounds before fighting back for two top-10s.

“I’m delighted with the first two rounds,” he added.

“To put myself right in contention going into the weekend is something that I wanted to do. It’s something that I haven’t done a lot of over the last few weeks. I’ve sort of had bad starts and then clawed my way back into a good position at the end, but to be right in the tournament after two days, I’m excited.”

Fellow Irishman and fellow Open Champion, Shane Lowry continues to struggle in finding forward gears after dropping back into a share of 50th in the now 77-player field (Ian Poulter has withdrawn) with a pair of 72s.

Lowry’s second round was a mix of three birdies along with a bogey and a ninth hole double-bogey.

Though in the 2019 Race to Dubai picture, the Offaly golfer also trails one shot behind Austrian Bernd Wiesberger who heads the race to be crowned European No. 1.

But it’s Fitzpatrick who leads by one at the halfway mark in China. The 25-year-old is looking to extend an impressive record of having won in every season since he graduated from the Qualifying School in 2014. He has four second places on the 2019 Race to Dubai and a victory on Sunday would be his first in a World Golf Championships event.

“The back nine, I putted fantastic, as good as I’ve putted all year,” said Matt. “The rough is tough. The greens are firm, they are slopey as well. Today was definitely difficult.

“It’s where you want to be, at the top after two rounds. Obviously better to be there for four, but it’s a good start to the week. Getting a little bit more comfortable with my game than last week, so hopefully carry on over the weekend.

“It’s so important to the fairways here, because you miss them, you’ve either got a terrible lie and hacking out, or you’ve got a good lie and getting a flyer. It’s a big key to hitting fairways around here and if you can keep doing it, you’ll give yourself more chances.

“I’ve been fortunate enough to be in this position a few times already this year. A little bit different being a WGC. It means a little bit more to everyone. Still the same plan. Still trying to hit fairways and greens, and really that’s the key around here is if you keep it out of the rough, you’ve got a good chance.”