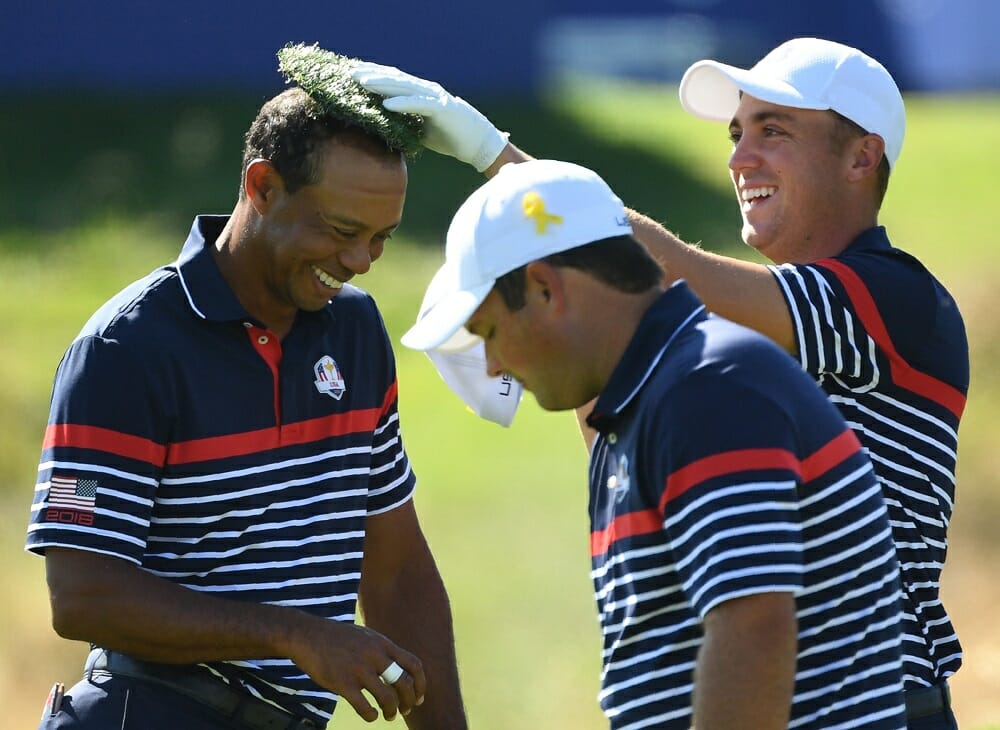 Winter rules will soon be coming into force at many courses in Ireland, particularly on the inland layouts. Some of the links courses may stay on full fairways a tad longer, depending on the weather over the next month or two, but very few maintain “play it as it lies” throughout the full year.

Personally, I only know of one course which does not insist on placing during the winter months, and that is The Links Portmarnock, of which I am happily a member. Many moons ago when the Links was in its infancy, there arose the question about how to approach the winter. Opt for placing? Or would they dare to challenge the norm and just keep business as usual on the fairways?

Course Superintendent Fintan Brennan thought long and hard about it, and after discussions with the bosses, the verdict was: “No change. Play it as it lies all the way through to the Spring.”

And thus, the Links has remained on full fairways twelve months a year, adding to the enjoyment of members and visitors who play there between October and March.  This is quite unusual in my experience. Clubs can take various measures to reduce traffic on fairways to a minimum in winter, including the obligation on golfers to use mats, or move their ball to the side of the fairway, or use preferred lies. All of which is traditional and understandable and familiar to regular participants in this great game.

There was a time, however, when the very notion of “placing” and never playing the ball exactly as it lies, provoked lively discussion among the golfing fraternity in this country.

In fact, “outrage” is a more appropriate description of the views expressed in an Irish Independent article of June 18, 1946. The author, a “Special Correspondent”, warned his readers that the dastardly Americans were actually considering allowing placing as the norm in competition as well as friendly games.

Under the heading “U.S Tendency to ‘Place’ Ball May Ruin Golf”, the story began:

“Latest golfing news from America is that “placing” or teeing up, of the ball on fairways is being resorted to in more and more clubs, to such an extent, indeed, that the practice may become a permanent feature of the game over there.

“By all accounts, not only is placing permitted and encouraged in ordinary club games in the States, but in competitions and important tournaments.

“With traditional contempt for convention, the Americans have apparently decided that the accepted rules of the game, hitherto observed in every country with a conservatism which must be without parallel in any other sphere of sport, are due for a violent shaking up, and so they have decided that for every shot on the fairway, the player must have a “lie” of his own choice.

“Golfers here will certainly regard the change with a sense of outrage amounting almost to sacrilege.”

Reminding the golfers of 1946 of the inherent masochism which was part and parcel of golf since its origins – and still is – the writer stated:

“…… To be given full permission within the rules to pick it out and place it on a little mound, which will give it an ideal lie, will unquestionably rob the game of ninety per cent of its appeal.”

“Indeed it is beyond argument that no golfer worthy of the name will be able to take anything like the same interest in the game if the new procedure is to find universal acceptance with the custodians of its rules and traditions.”

Our correspondent summed up the thinking behind this idea of placing everywhere all the time:

“Briefly the American case for such a revolutionary departure from the traditional way of the game is that a bad lie, resulting to a player through no fault of his own, gives his opponent an unfair advantage and that the game would be all the better for having a set of rules which would preserve a state of equal terms between them.”

No doubt members of golf clubs of the time agreed with the Indo writer. Happily all was well that ended well, because the dreaded Yanks did not carry through with their fiendish plan to make placing mandatory and the game much easier.

Golfers still have to suffer when a nicely struck shot bounces into a bad lie or a divot, but it generally evens out eventually. We never complain about a fortuitous bounce or rebound off a tree or fence which knocks a mis-hit ball into a fairway or onto the green.

That said, I’m not a fan of the 54 handicap which is now embedded into the fabric of the handicap system, but we are stuck with it. Holding that attitude, I realise, means I am clearly infected with the true golfer’s belief that suffering is virtually mandatory.

If the game’s rulers have decided that allowing 54 handicaps is the way to attract new people to golf, they’re going soft, in my opinion. Pshaw! Pah! Let ’em have the pain, I say.