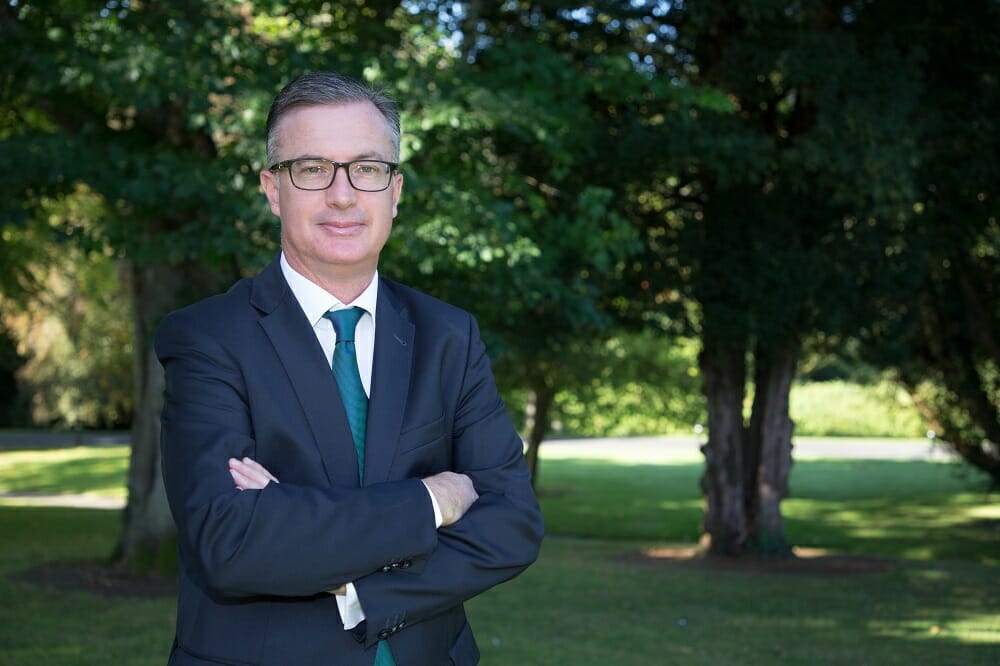 Following an extensive recruitment process, Mark Kennelly has been appointed as the first Chief Executive Officer of Golf Ireland. Prior to taking up the role in December 2019, Kennelly will begin engaging with Golf Ireland from mid-October as CEO Designate on a part-time basis, to facilitate his preparations.

Kennelly was Chief of Staff at the Department of the Taoiseach, during the term of Enda Kenny from 2011 to 2017. He is a member of Killarney Golf and Fishing Club in Co. Kerry.

Speaking about the appointment, Tim O’Connor, Chairperson of the Transition Board of Golf Ireland said: “I am delighted with Mark’s appointment. He brings a wealth of experience from the very senior positions he has held in the public and political sectors. His knowledge and understanding of the importance of volunteers from the world of politics will stand him in great stead in Golf Ireland, given the pivotal role they play in our sport.

“Golf on the island of Ireland is moving forward in an exciting and dynamic way, building on its great history and tradition, and having somebody of Mark’s calibre and qualities in such a key leadership role is a tremendous boost to us on that journey.”

“My colleagues on the Transition Board, and also in the GUI and ILGU, are greatly looking forward to working with him in implementing the historic decision of members of the two Unions in January to create one single governing body on the island of Ireland for our great sport.”

Mark Kennelly said: “As we enter a new and exciting era for Irish golf, I am delighted to have the opportunity to play my part in the creation and evolution of Golf Ireland. Building on the remarkable heritage and achievements of the GUI and the ILGU, the new single governing body will ensure that golf will continue to grow and flourish on the island of Ireland in the future.

“I look forward to working closely in the months ahead with the Transition Board, with the officers and staff of the GUI and ILGU, after 1 January 2021 with the Board and other structures of Golf Ireland, and with the very many volunteers who are the lifeblood of golf throughout the island to make these plans a reality.”

O’Connor added: “We are entering a crucial time in the transition period and I am delighted that both Sinead Heraty and Pat Finn will work closely with Mark Kennelly during what will be a lengthy handover process.”

“They have both helped deliver the project to where we are today and I welcome their commitment to ensure we have a smooth transition. I would also like to acknowledge their decisions to pursue other ambitions outside of Golf Ireland in the future and thank them for their integrity and assistance in getting us to this point, a very exciting time for the sport”.