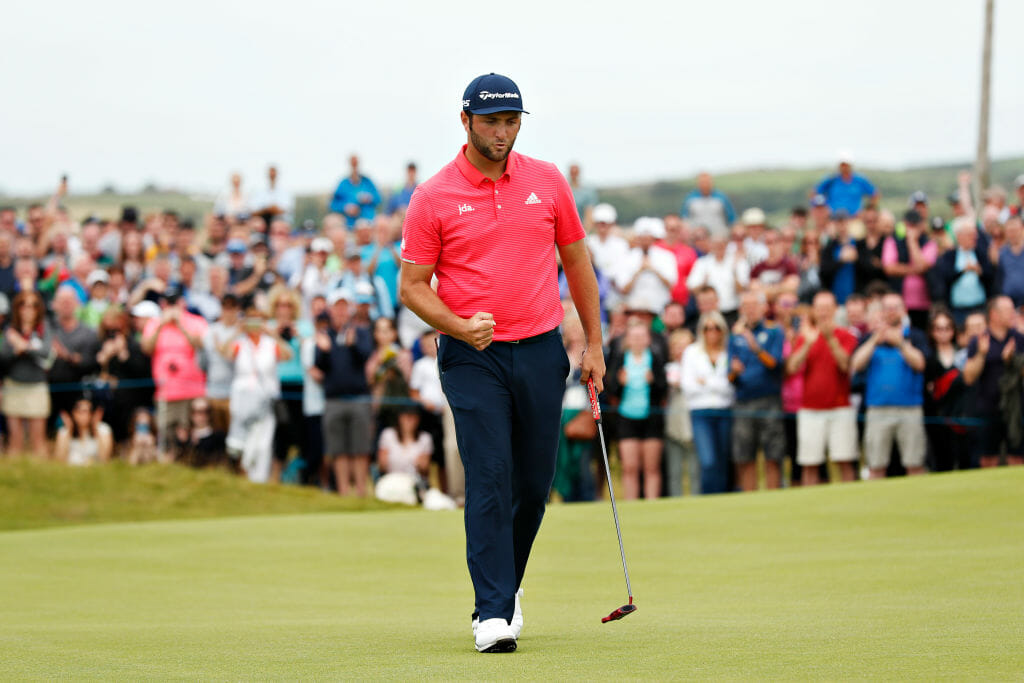 Great golf courses have a habit of producing great champions and Lahinch has been no different throughout the years. Ahead of tomorrow’s Home Internationals, we’ve highlighted some star dust that has graced the hallowed ground of the County Clare links. We’re in no doubt that such talents will be unearthed this week too:

Spanish golfers have developed a love affair with Ireland. First Seve, in 1983. Then Jose Maria, seven years later. 1999 saw a 19–year old Sergio Garcia claim his first win as a professional and in 2017, Jon Rahm became the fourth player from Spain to win the Irish Open.

Rahm repeated his success at Lahinch in 2019, winning by two strokes on 16–under par. As an amateur, Rahm reached world number one. Last year, he starred for Europe in their Ryder Cup victory at Le Golf National. Widely considered a future Major champion, Rahm will forever be remembered for his exploits at Lahinch in the summer of 2019.

The three–time Major champion will captain Europe for the 2020 Ryder Cup. His legendary status has long been assured but before he made the breakthrough at Carnoustie in 2007 to win The Open, Harrington had been a champion at Lahinch.

As in his professional career, he had to settle for second a number of times during his amateur days. Twice beaten in the South of Ireland final, Harrington eventually triumphed at Lahinch in 1995, beating Birr’s Richie Coughlan to win the Irish Close title. Of course, Harrington’s greatest days came in 2007 and 2008, when he won three Majors including back to back Opens.

As an amateur, McGinley won the South of Ireland at Lahinch in 1991. McGinley had been a relative latecomer to golf having originally aspired to play Gaelic football with Dublin. Injury put paid to his first sporting love at 19 but golf opened new doors.

He won the Irish Youths and the Scottish Youths in 1988. The following year, he captured the Irish Close at Co Sligo. Although victory eluded him at the North of Ireland in 1990, when he lost out to Darren Clarke, and 1991, when Garth McGimpsey prevailed, McGinley triumphed at Lahinch in ’91 before playing Walker Cup alongside Harrington at Portmarnock that September.

The year 2000 saw McDowell establish himself as the number one player in Ireland. That season he won the Irish Close Championship on familiar terrain at Royal Portrush and he followed up by winning the South of Ireland at Lahinch, beating Ken Kearney (Galway) 3&2 in the final. McDowell also won the Leinster Youths and the World Universities titles during a remarkable run that year.

Selection for the Walker Cup followed in 2001. From an early age, McDowell discovered the winning habit, beginning with the Ulster Boys in 1996, then the Irish Youths in 1999. After a record–breaking collegiate career in the United States, McDowell won the biggest prize of his career, the US Open at Pebble Beach in 2010.

During his final year as an amateur, 1990, Darren Clarke compiled a remarkable match play record. Clarke won four Major titles that season: the Spanish Amateur, North of Ireland, Irish Close and South of Ireland. He beat Jim Carvill of Warrenpoint 4&3 to claim the South at Lahinch.

Since those heady amateur days, Clarke has scaled incredible heights as a professional. For so long the nearly man at Majors, he had his greatest golfing day in 2011, winning The Open at Royal St George’s. Clarke captained Europe in the 2016 Ryder Cup at Hazeltine.