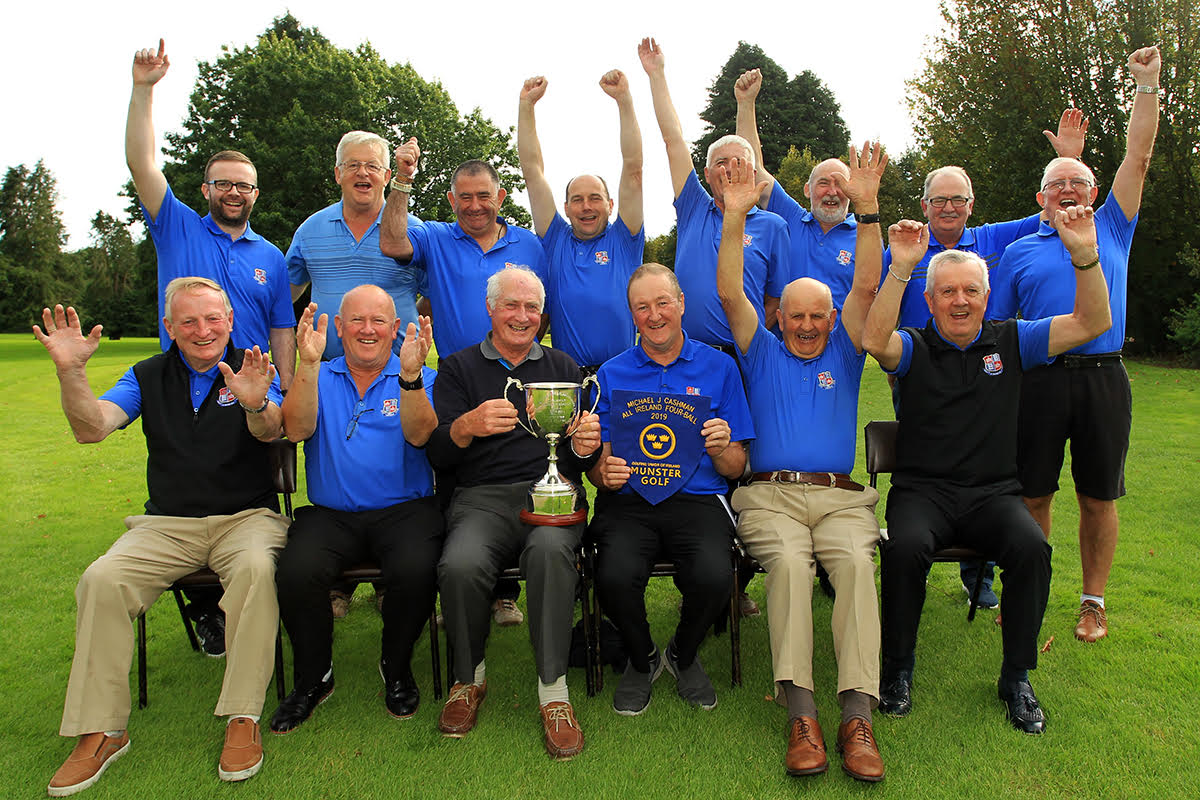 Limerick Golf Club rounded off their summer of golf in fine style when they won the Munster Final of the All Ireland Fourball Interclub. Mitchelstown was the host venue for the final that saw Limerick take on Monkstown.

While Monkstown put an early point on the board when Maurice McGrath and Roy Dennehy won the back match, that was about as good as it got for the Cork club.

Limerick brought in the first match thanks to Eamonn Grimes and Pat Lee, with Gavin Cross and Gerard Gleeson also winning. Hugh Colon and John O’Brien won the fourth match giving Limerick the important third point, and the title.

With that, Limerick added their name to the Michael Cashman Trophy for the first occasion. The team will now go on to the All-Ireland finals in Roe Park in two weeks’ time.

It’ll be a busy month for Limerick Golf Club as they also have two teams in the AIG Cups and Shields National finals in Westport at the end of September.