Swiss history repeats itself as victory slips McIlroy by 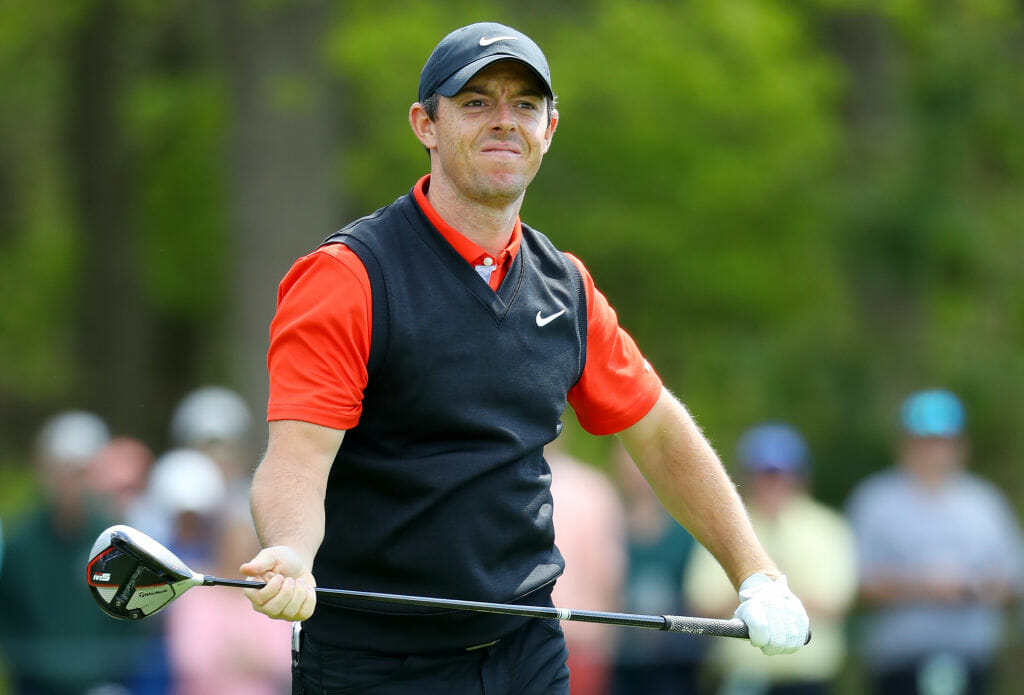 Rory McIlroy jetted home to Florida agonising on again letting slip a first Alpine victory after losing out in a five-man playoff for the Omega European Masters title.

It was very much a case of history repeating itself as McIlroy stood over a five-footer for birdie at the first extra playoff hole. Unfortunately for the World No. 2, hsi effort hit the hole entirely to hand success to Swede Sebastian Soderberg.

Eleven years ago, it was Frenchman Jean-Francois Luquin who denied McIlroy in walking off with the Swiss victory and on this occasion Soderberg birdied the 73rd hole for the 28-year old to collect a first Tour win and a whopping 416,000 euro victory payout.

And as a tired-looking McIlroy sits back in the comfort of his Stateside-bound private jet, he will look back on another one that got away.

McIlroy had bogeyed his closing two holes on Saturday but then come the last day, as he sought a first European Tour win since his 2016 Irish Open triumph, he missed eagle ‘3’ putts at both the par-5 14th and 15th holes while he sent his final drive in regulation play into trees down the right side of the 18th.

It was the same clump of trees where there is a plaque to commemorate Seve Ballesteros’ masterful chip shot to go within a shot in 1993 of a fourth Omega European Masters triumph.

In contrast, all McIlroy could do was chip-out sideways on route to saving par when a birdie would have secured not only a first Swiss success but a fourth win this year and the 27th win of his pro career.

Five players – McIlroy, Italian Lorenzo Gagli (67), Finland’s Kalle Samooja (66), Argentinean Anders Romero (70) and Soderberg (66) – ended regulation play tied at 14-under par before heading back to the 18th for the play-off.

McIlroy in drawing ticket No. 5 was last off and while down the left side, he brilliantly managed to find the green with his shot stopping five-feet from the flag.

But as much as a record-breaking crowd wanted McIlroy to win, it was Soderberg collecting the first prize cheque in what was seen as some as just for the rookie Swede who had horribly three-putted the 17th for bogey when leading by two shots.

“I just had too many mistakes I and I think I had like 13 bogeys during the four days and while I made enough birdies, I just didn’t quite have it over the weekend,” said McIlroy.

“I made a great run there over the back-nine and then I hit a great shot into 18 there on the playoff but the putt lacked a bit of speed as it felt like it started on the right line but I just didn’t hit it with the pace I wanted.

“It’s been another solid week coming back across the Atlantic and now looking forward to a couple of weeks off.”

McIlroy went into the final round trailing three shots off the lead following a tired-looking bogey, bogey finish to his third day’s play.

He finally jumped aboard the chairlift to birdie the fifth and then for a fourth day running he birdied the stunning par-4 seventh.

He then gave back the shots at eight and 10 before finally delighting another record Swiss crowd with four birdies in succession from the 12th before missing what could have been eagle ‘3’s’ at both the par-5 14th and 15th holes.

McIlroy then got to within a shot of Soderberg when he birdied the 17th, seconds before his Swiss playing partner’s mishap in three-putting.

“This is my seventh shot in eight weeks, so I have played a lot of golf and when you are playing that much sometimes little mental errors creep-in here and there,” said McIlroy.

“The sloppy finish on Saturday probably cost me but I fought back today and did my best, and it just wasn’t meant to be.”

McIlroy collected a prize cheque for Euro166,318 to lift him to 31st on the Race to Dubai money list.

Fellow Open Champion Shane Lowry continues to lead the ‘Race’ with earnings of Euro 3.27m with both players next in action at the September 19th starting BMW PGA at Wentworth.