Rory McIlroy is right – the FedExCup needs a fitting legacy 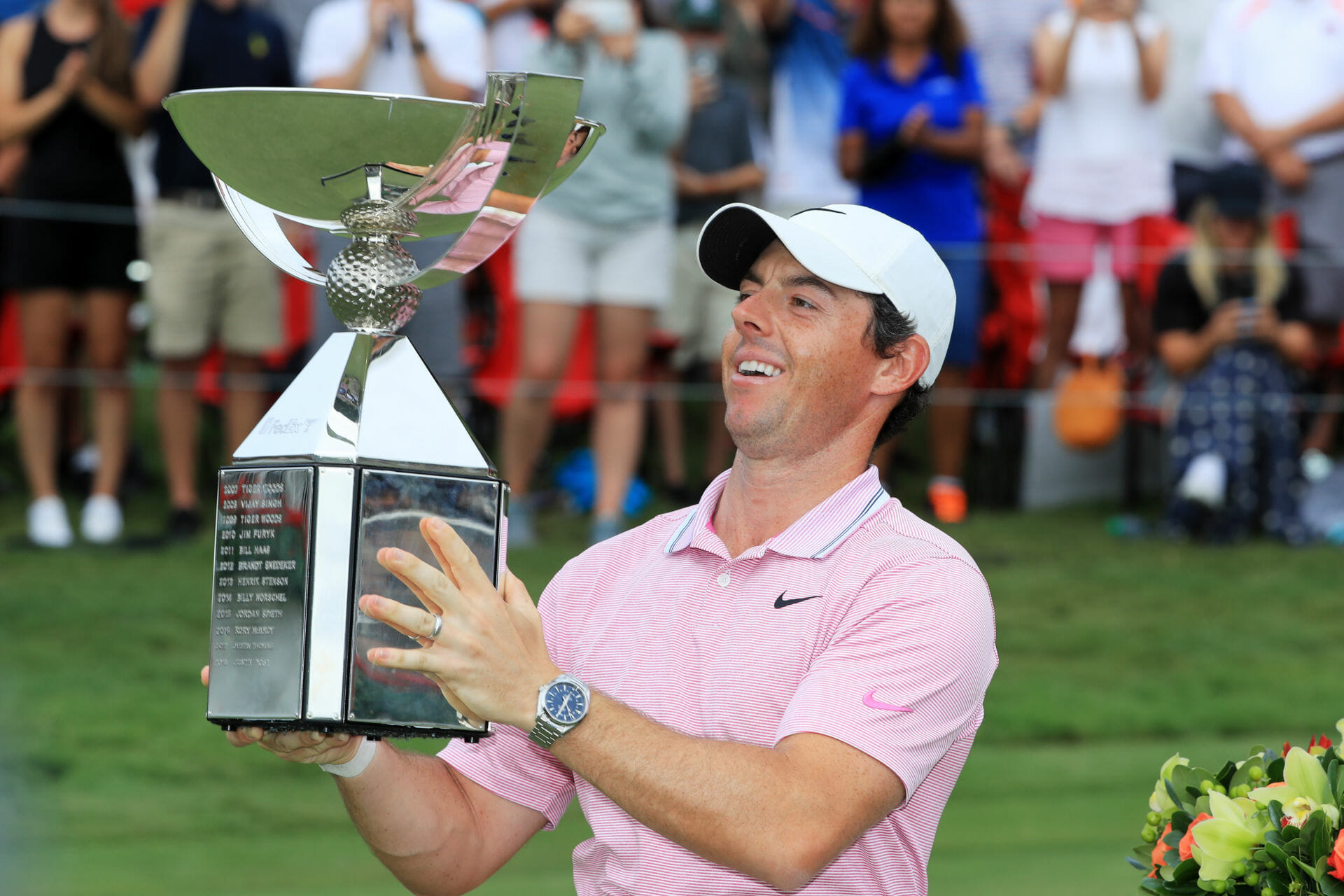 Rory McIlroy celebrates with the FedExCup trophy after winning during the final round of the TOUR Championship at East Lake Golf Club. (Photo by Streeter Lecka/Getty Images)

Mark McCormack, the late, great sports agent and founder of International Management Group is credited with a pithy answer to a question about how he made so much money for his clients, particularly the Big Three – Jack Nicklaus, Arnold Palmer, and Gary Player.

“I just kept asking for more until someone said ‘that’s enough’,” McCormack said.

It’s a good line, and whether he did, or did not, precisely describe his modus operandi in that manner, there is no doubt that McCormack, Nicklaus, Palmer, and Player played a significant role in making pro golf a lucrative and highly marketable profession.

So here we are, fresh from seeing Rory McIlroy receiving a cheque for $15 million dollars for finishing first in the season-long PGA Tour Order of Merit campaign dubbed the FedExCup.

How do we feel about it? Well, nobody in the golden circle – Tour Commissioner Jay Monahan, players and sponsors – cares very much what you or I think, whether we’re for or against the concept or the amount of money invested in this format.

That is the choice of the sponsors and illustrates the value they perceive for getting involved with the PGA Tour. The players would be nuts to turn down the rewards on offer, particularly the new champion Rory who gets to bank the $15 million winner’s bonus.

The other beneficiaries among the 30 who made it to the East Lake finale will no doubt be happy with their level of compensation. A share of the overall $70 million dollars invested by FedEx this season is a nice wedge to round off this phase of the year, especially when the next three months will yield lucrative appearance and prize money opportunities around the globe for elite players.

Good for them. The labourer is worthy of his hire and that is reflected in prize money levels, particularly on the PGA Tour.

The golf industry pays big money to Rory and the best players because millions of fans worldwide love watching them. That makes Tour golf a great marketing tool for companies.

Television networks, such as Discovery who have signed a $2 billion, 11–year deal to 2030 for the privilege of covering the PGA Tour events outside America are doing so because of the advertising potential and viewing figures.

So, what’s wrong with the FedExCup? I believe it’s too much about gold, and not glory.

As Rory said at his pre-tournament media conference last week: “Who knows what the winner wins at the Masters? I don’t know because that’s not what it’s about.

“So if, again, the FedExCup wants to create a legacy that lasts longer, it doesn’t need to be about the money. It should be about the prestige of winning an event that you’ll be remembered for.”

A FedExCup victory is nice but in itself, it is overshadowed by the money issue, and I am not alone in feeling uninspired and a bit queasy about so much loot going to one already phenomenally wealthy golfer. Nothing against Rory or any other FedExCup winners. It’s just that the system pongs somewhat.

Arguably, if the sponsors and Tour chiefs dared to be different, they would find a way to distribute the bulk of the money through the season, and the top 30 would turn up at East Lake playing for nothing more than the Player of the Year title along with the Tour Championship.

Put a million or so extra into the Tour Championship pot, but for the FedExCup, let each of the 30 qualifiers get to donate $1 million dollars to a pre-named charity.

Build up the hype around the East Lake competitors playing for honour and glory, akin to the Ryder Cup, and let all concerned round off the official season on the high moral ground displaying generosity to charitable causes. Perhaps that would make create the ideal legacy for the FedExCup.