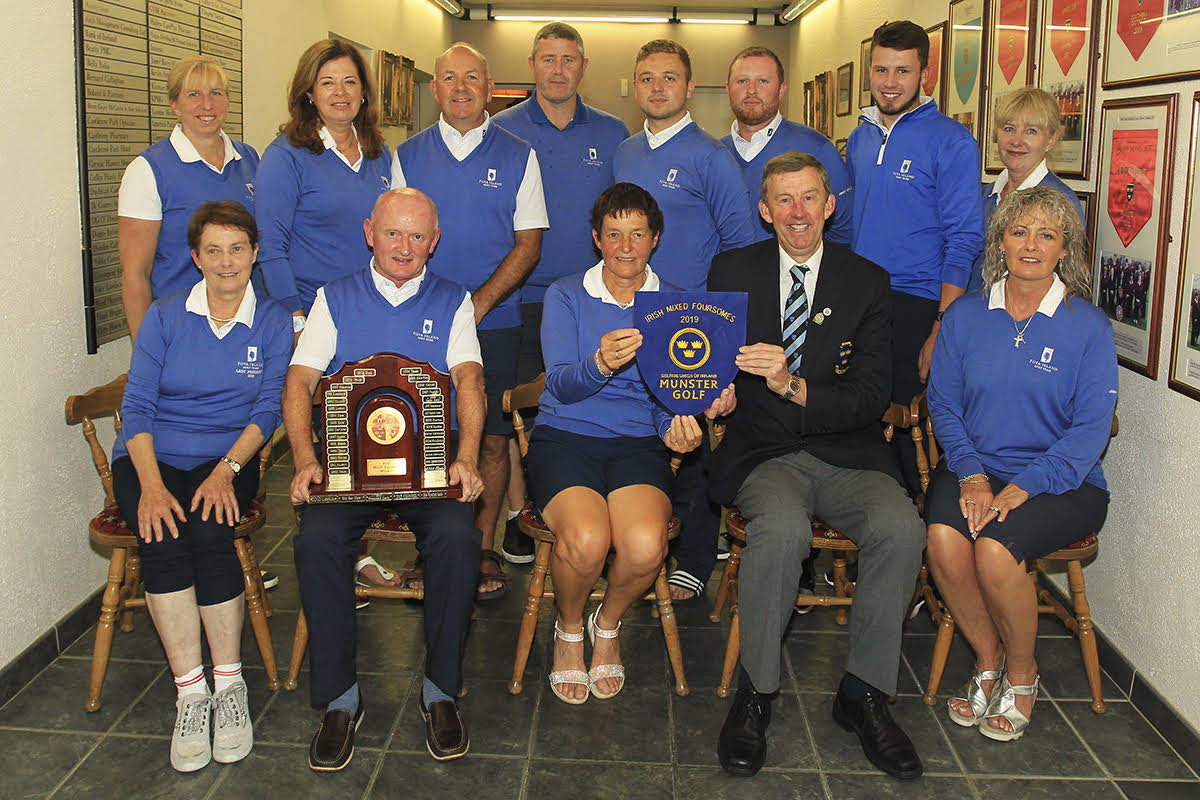 Fota Island captured their first Munster pennant in dramatic fashion when they won the Irish Mixed Foursomes Munster Final in Castletroy. It took three extra holes to separate the finalists as Evan O’Connell and Valerie Healy won on the 21st hole to finally see off a determined Dooks team.

It was the Kerry side who were out of the blocks first, Dooks were ahead in four of the five matches after seven holes. Fota Island kept in touch and narrowed the Dooks lead. The Kerry club brought in the two points but Fota then won matches two and three to level proceedings.

The Fota Island fightback continued, from four down with four to play, they won all four closing holes, taking advantage of their shot on the 18th  to send the match to sudden death. The 19th and 20th were halved before the Cork club finally won.

In the morning semi-finals, Fota Island had a good win over Dungarvan, bringing in the first three points. Dooks saw off a strong challenge from Charleville.

The course in Castletroy was in great condition for the Munster Finals, the weather failed to have an impact on the firm fairways and fast greens, ensuring the event was all about the golf.