Clarke in contention for historic double at Senior Open 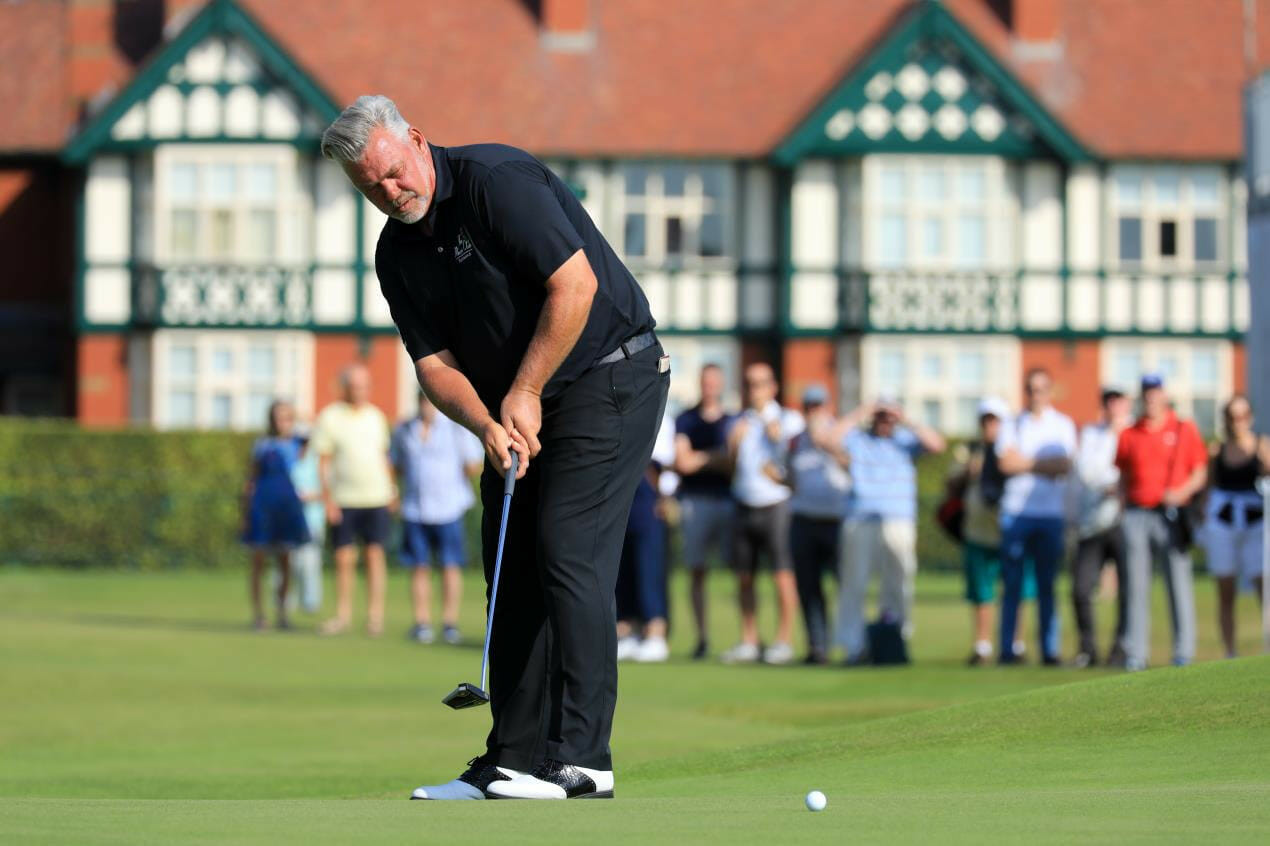 Darren Clarke carded a second consecutive round of 68 at Royal Lytham & St Annes to sit two shots off the lead at the halfway stage of The Senior Open Presented by Rolex.

The Dungannon star and 2011 Champion Golfer of the Year is bidding to become just the fourth player in history to win both The Open and The Senior Open and in doing so, joining the elite trio of Bob Charles, Gary Player and Tom Watson.

“I played nicely,” Clarke reflected. “Just the start was a little bit so-so but I kept giving myself chance after chance around the back side, didn’t really make any, and then unfortunately missed a short one on the last which always stings a little bit. The way my swing feels and the way I’m striking the ball, I’m very pleased.”

Clarke’s form is a continuation of a stellar showing for 35 holes last week at his home course of Portrush and despite sitting just two shots off the lead, the 50-year old was slightly frustrated that he wasn’t a few better.

“I’ve been hitting it well now for quite some time but putting – I’ve been trying to work away at it and get a feel and knock a few in. It’s frustrating when you come off the golf course and you feel as you’ve taken as many as you possibly can and you left four or five out there and that’s what I do every day, which somewhat frustrating, but that’s professional golf.

“That’s the way it is. You have to keep working at it. One of these days I’ll have a hot day on the greens and everything will be wonderful again.”

One of the men standing in Clarke’s way is American Wes Short Jr who birdied the final three holes to reach six-under par, one stroke ahead of fellow countryman Scott Dunlap.

“I got off to a great start, and then hit actually a pretty good shot on the sixth hole, and got one of those bunkers and had a little trouble there,” said Short Jr.

“Then hit a very poor tee ball on the next hole and made another six, and then birdied the last on the front.

“If you go into bunkers here you will be penalised here. They are a true penalty, and you need to avoid them. I’ve been only in a few, but that was the bad one. So I need to make sure I don’t get in any of those.”

In the hunt for his second Senior Major title of the season is two-time Major Champion Retief Goosen, who won his first over-50s Major at the Bridgestone Senior Players Championship earlier this month. The South African shares fourth place with Bart Bryant and Ken Duke on three-under par.

“Today we were lucky that the weather really died down this afternoon,” said Goosen. “The course played about as easy as it could play. My iron play was a little better today. I gave myself more birdie chances, that was the main key. Today I still hit a few bad ones, but it’s a good position to be in with two rounds to go.

“This golf course is definitely about placing the ball just left or right of a bunker. Depending on conditions, there’s a few of them that you can take on and fly it over them. Pretty much every hole, you’ve got to duck and dive from the bunkers. It’s a golf course that you just can’t flick a driver out and hammer away.”

Also inside the top ten are Senior Major Champions Roger Chapman and Colin Montgomerie – who are also bidding for their first Senior Open victories – and former champions Broadhurst and Bernhard Langer. They are among eight golfers on two-under par.