McIlroy must accept problem in order to fix it 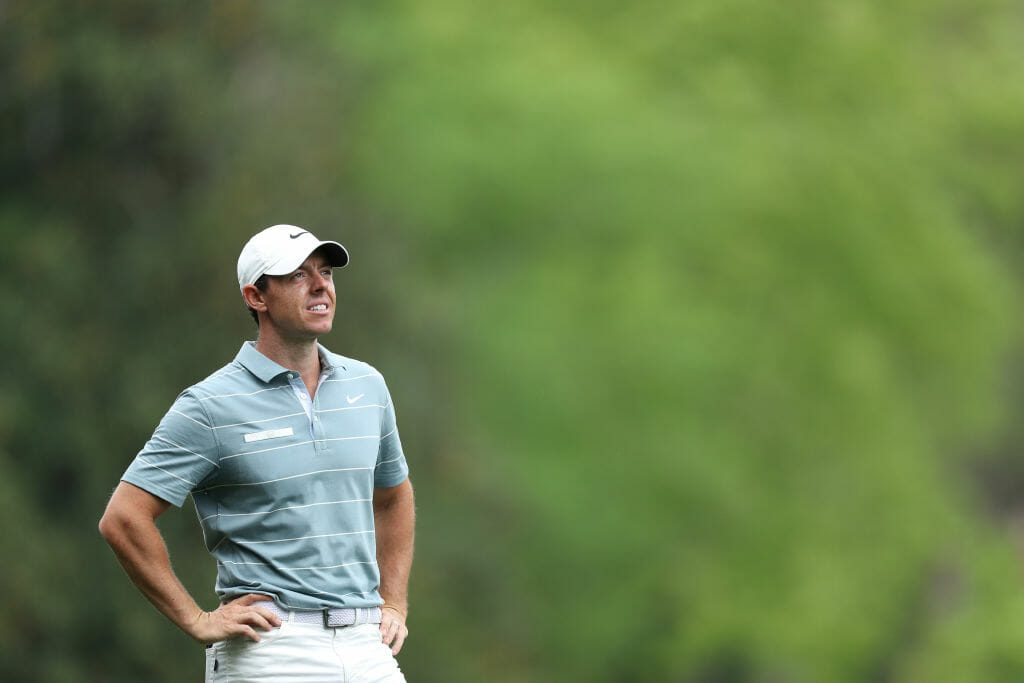 A tournament that promised so much for Rory McIlroy got off to the worst possible start when the roars that greeted ‘Rors’ were replaced by audible gasps as his iron shot off the first tee went left, going left, before eventually coming to rest Out of Bounds. Playing partner, Paul Casey admitted afterwards that he didn’t even realise the OB existed. If only Rory had the same luxurious freedom of thought.

Trapped thoughts have plagued McIlroy’s play in the Majors for five years now and with each passing year, the demons grow fiercer. Where Shane Lowry openly admitted to being riddled with nerves and burdened by pre-tournament expectation, McIlroy denied its existence.

He certainly had me fooled in Wednesday’s press conference where he batted away questions with a smoothness that suggested he was onto something. A day later and the crowds that chanted his name were back-peddling into a hedgerow ala Homer Simpson; the awkwardness of McIlroy’s Thursday meltdown too much for eyes to bear.

If only McIlroy had someone in his life like Neil Manchip, Lowry’s swing coach and mind guru whose counsel the eventual champion sought before play began on Thursday. Lowry entered the Bushmills Inn feeling uneasy, even doubting his ability to see the week through. 40 minutes with Manchip later and he was a man reborn, more confident than ever. On Sunday he won his first Major title by six shots.

Who did McIlroy speak with prior to the 148th Open, I wonder?

The media, sure, where McIlroy insisted that he was treating last week like he would any other Major, but why would he want to do that? There seems to be a complete mental block between the mercurial McIlroy and the game’s four top tournaments and it doesn’t take a lot of digging to back up this claim.

Since 2015, McIlroy’s teed up in 19 Majors and of the 19, he’s managed to break 70 just three times in round one. In that time, he hasn’t cracked 70 in the first round of the PGA Championship, he’s missed the cut in three US Opens with a combined score of +18 for the five he’s played, while his round of 68 at this year’s US Open was his best opening round in a Major in five years. For a man of McIlroy’s talent, this doesn’t compute.

On the occasions where he has broken 70 in round one, it’s been Rory’s final rounds that have suffered. In 2018, he opened his Masters account with a 69 before a Sunday 74 saw him drop to fifth. He fired another 69 that year on the opening day of the Open before a final day 70 resigned him to second spot while his 68 on day one of this year’s US Open was tainted by a Sunday 72. His results haven’t necessarily been bad, but for a man judged on winning Majors, five years without one is far too long.

McIlroy downplayed the significance of Royal Portrush to his detriment; seemingly convincing himself that everything would be OK. When he heard the unfamiliar roars that greeted him on that first tee box on Thursday, he knew he’d made a mistake. Last week was not just any week; it was hugely different. McIlroy’s performance was not. The heroics of Friday’s comeback 65 may have pulled the wool over some people’s eyes, but hopefully not McIlroy’s.

Too often he charges through the field when the pressure’s off, like a wounded warrior slaying his last few victims on the battlefield before drawing his final breath. McIlroy was dead and buried on Friday whether he made the cut or not. Shane Lowry was not for catching.

Talk that he should’ve teed up at Lahinch as reasoning for the display was wide of the mark. His game is fine and expect him to bounce back this week in Memphis, but should next year roll around and it’s the same Rory McIlroy lining out for the Majors, we should expect the same results.

Don’t get me wrong, I felt for McIlroy on Friday evening; his tears were genuine and his efforts noble. I just hope that rare glimpse of vulnerability off the course proves to be a watershed moment on it.