McKibbin and Sullivan set for US Junior Amateur adventure

McKibbin gained his place in the field on the strength of his World Amateur Golf Ranking (WAGR) while Sullivan came through pre-qualifying at Benvenue Country Club in Rocky Mount, North Carolina.

The US Junior Amateur, inaugurated in 1948, has a rich roll call of past winners including Tiger Woods, who captured three consecutive titles from 1991 to 1993. Jordan Spieth, the 2015 US Open champion, is the only other individual to win multiple times. Other notable champions include David Duval and Johnny Miller.

Ireland Boys international Tom McKibbin, 16, competes regularly on US soil and won the Junior Invitational at Sage Valley last April. McKibbin also captured the Peter McEvoy Trophy earlier this season. The Holywood player earned an exemption for the championship based on his WAGR.

Eoin Sullivan, 17, hails from Leixlip, Co Kildare and plays out of Carton House. He secured his place in the field by winning the qualifying event at Benvenue CC in North Carolina. Sullivan, a student at Belvedere College, carded a round of 70 to win his sectional qualifier by one shot. The plus one handicapper was second at the Scottish Boys in April and third at the Irish Boys last month in New Forest. 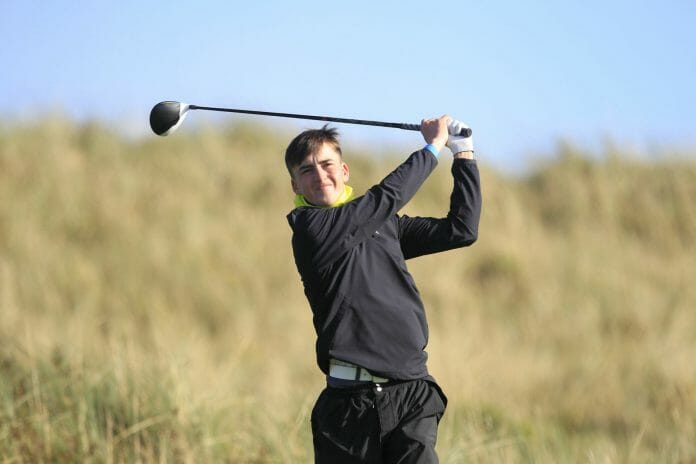 In all, there are 156 players in the field, which has been whittled down from 3,496 entrants. After two rounds of stroke play, the top 64 players advance to match play. If necessary, a playoff will be conducted to trim the field to exactly 64 golfers.

Match play commences on Wednesday 17 July and the final is played over 36 holes. The winner receives an exemption for the US Open at Winged Foot in 2020.