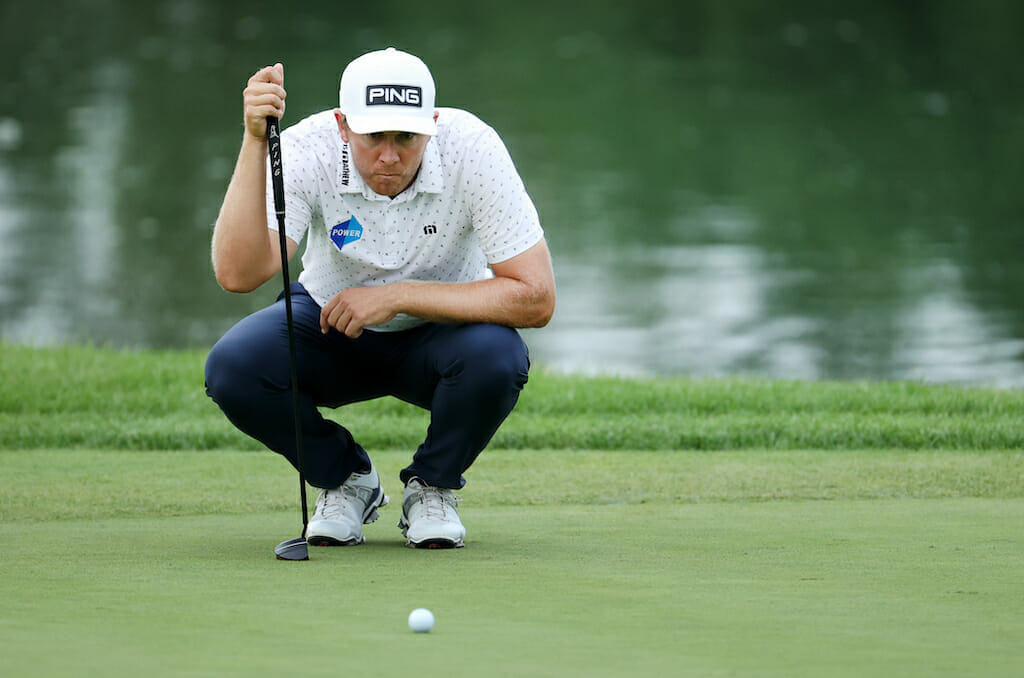 Seamus Power was left to rue a stone cold putter after seeing a number of chances slip by in his two-under par round of 69 on moving day at the Shriner’s Children’s Open.

As they have been all week, Power’s irons were dialled in, throwing darts to Vegas targets that had him first in Strokes Gained approach but failing to convert eight times from within 15 feet. In the end, Power traded four birdies with two bogeys and sits in a share of 24th at 10-under par.

That leaves the West Waterford man eight shots back of American Adam Schenk at the top of the board with Power now chasing a big Sunday finish where a hot putter could see him make a strong run up the board. He’s currently third alternate for next week’s CJ Cup, also in Vegas, and with Power making his home in Sin City in recent weeks, he’ll be hoping to tee-it up alongside the likes of Rory McIlroy and Shane Lowry at the big money event.

It’s little known American Schenk who leads Matthew Wolff by one stroke at TPC Summerlin after making birdie at three of his closing four holes to seize the advantage and his first big-field 54-hole lead.

“I mean, I haven’t been in this situation a lot,” he admitted. “I started to play a lot better towards the end of last year [he led at the Barracuda], but just keep doing the same things I’ve been doing, I mean you’re going to have to shoot a low score tomorrow. I think the weather’s going to be pretty scoreable like it was today.

“If it gets a little windy and firm and crusty in the afternoon, but someone’s going to shoot low and hopefully it’s going to be me. There’s going to be some low scores in the morning, someone could shoot 60, 61 or maybe even lower shoot, so definitely going to take a good round tomorrow, so it’s not like I can go out and shoot even par and win so that helps with the mindset of what I have to do.”

Schenk is right to be wary with last week’s winner Sam Burns just two shots back and the always aggressive Wolff alongside him just one off the pace, and feeling good about where his game will leave him after Sunday.

“I’m not really sure what it’s going to take tomorrow but I know that if I keep on doing what I’m doing I’m sure I’m going to like where I end up at the end of the week,” said Wolff.

“But there’s a bunch of really good players at the top of the leaderboard, Sam Burns came off a win last week, so he’s playing really solid and can close the deal. But seems like a lot of those players are PGA Tour winners, so I think it’s going to be a really good test tomorrow, I don’t know how the conditions are going to be, but I’m just really looking forward to having a good time.”