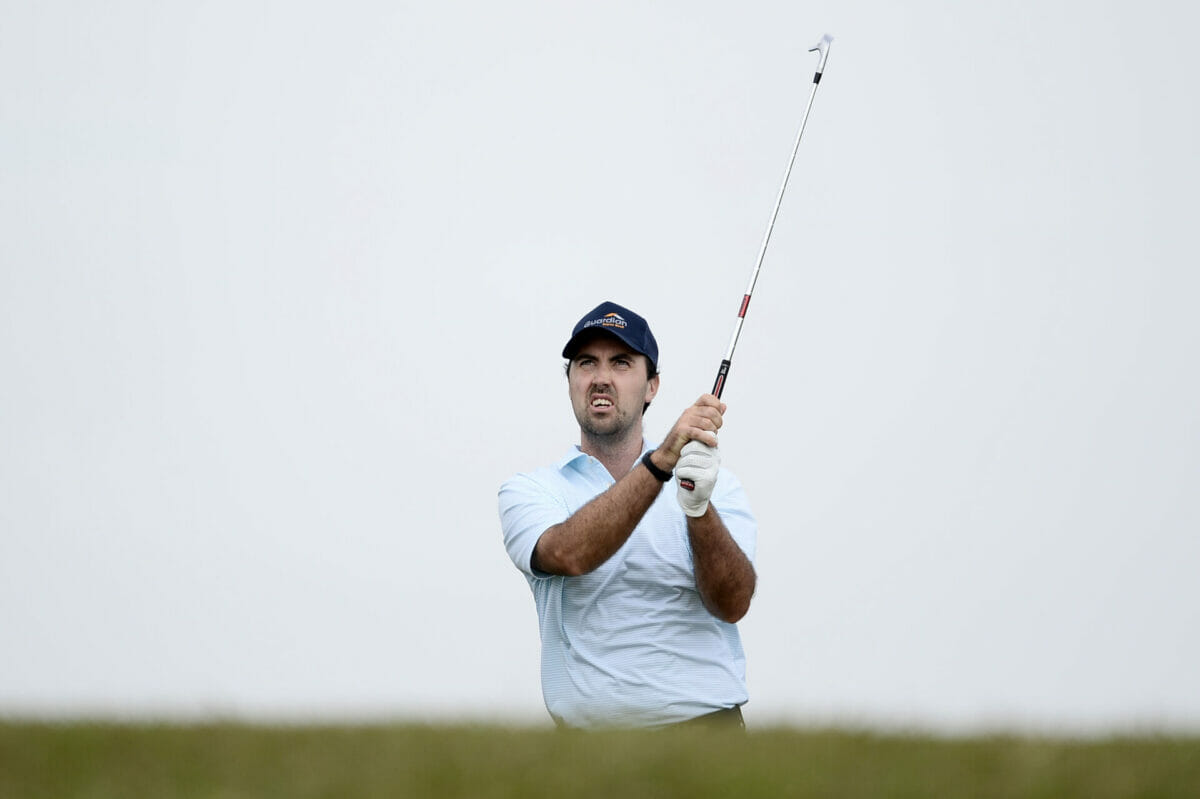 Niall Kearney saw his title aspirations fade on moving day in Spain after signing for a four-over par round of 76 at the Andalucía Challenge de Cádiz.

The Royal Dublin professional shared the lead at the halfway stage of the tournament but failed to repeat the play that got him there in round three. Kearney carded six bogeys and a double that undid the work of four birdies on Friday and sits in a share of 12th at three-under par ahead of the final day, a full nine shots behind the leaders.

Alfredo Garcia-Heredia is the man to catch after posting an eight-under par round of 64 on day three at Iberostar Real Club de Golf Novo Sancti Petri. The 38-year-old Spaniard tops the leaderboard on 12-under par after 54 holes, one stroke clear of countryman Pep Angles in second place on 11-under par, while England’s Matt Baldwin is third on nine under par.

Garcia-Heredia dropped just one shot on day three, bogeying the par three seventh hole, before going on a run of five birdies in six holes to race up the leaderboard and grasp the 54-hole lead in Cádiz.

“It was very good,” he said. I’ve been playing good last week and of course this week. I was struggling last week with my putter but luckily I could fix it in between tournaments with my coach Jorge Parada. He gave me some drills, a way to hold the putter and it worked very, very well today.

“I made a bogey on seven. I hit it in the bunker and played a good bunker shot but missed a putt. I’m playing well, getting plenty of birdie opportunities. I’m rolling the ball very well and hopefully it stays the same for tomorrow.”

The Gijón native expressed his love for the area of Cádiz, home to this week’s event and last week’s Andalucía Challenge de España, and feels calm about the prospect of heading into tomorrow’s final round as the man to catch.

“I love this area, Cádiz, I love it,” he said. “I fish about 40 minutes from here. I love this area of Spain, it’s a great area for golf and I love being by the ocean, so I’m happy. I’m going to be a little bit nervous, like everyone out there. I’m going to keep playing my game, like these two weeks, keep hitting good shots and getting birdie opportunities. If it’s going well, fine, if it’s not, I’m going home to my wife and my dog for Christmas.

“It would be great to win any golf tournament. Nowadays, the level is good on Alps Tour, Spanish Tour, Challenge Tour or European Tour. Winning any of those events means you are playing really well and I would be very, very happy to win, especially here in Cádiz.”

Michael Hoey also took a tumble down the board after carding eight bogeys in a five-over par round of 77 to fall outside the top-40. The final round of the Andalucía Challenge de Cádiz will begin at 8am local time on Saturday November 14, with Garcia-Heredia, Angles and Baldwin playing in the final group at 11.30am local time.