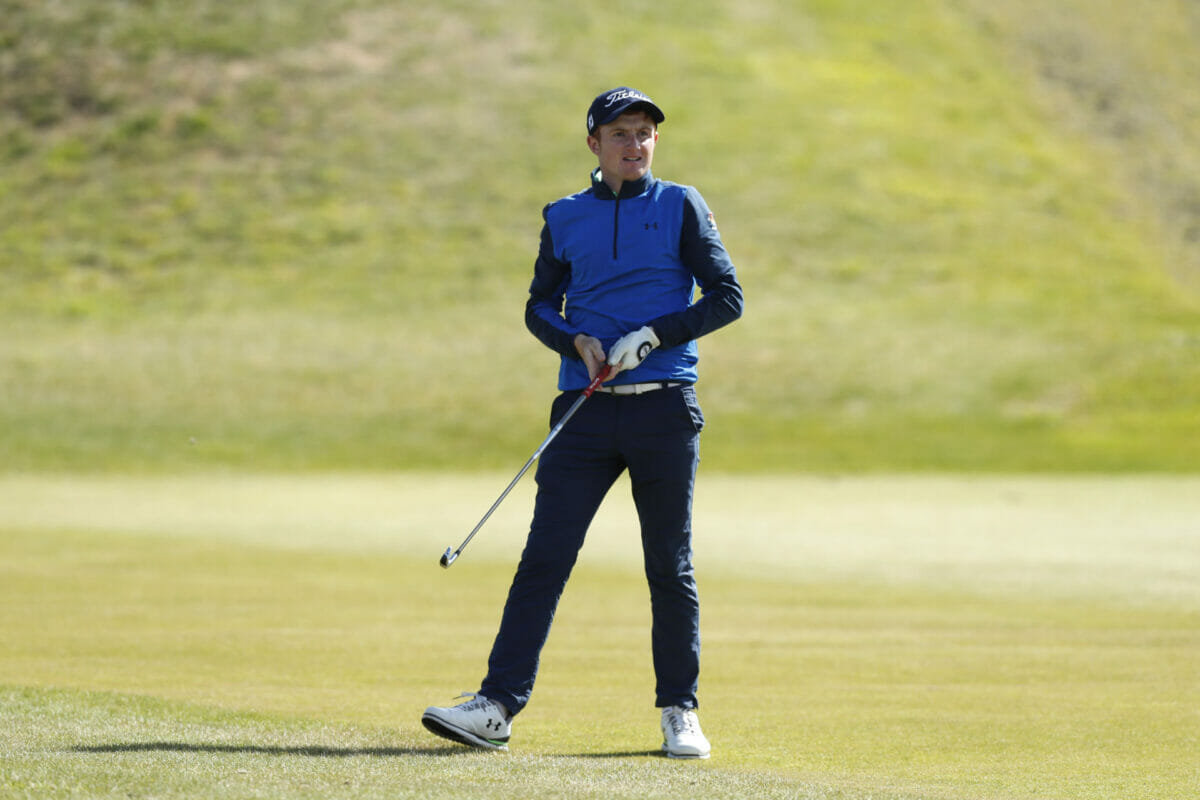 Ronan Mullarney was the pick of the bunch as a magnificent seven Irish players advanced to the final round at Final Stage EuroPro Tour Q-School.

A round each at Studley Wood Golf Club and The Oxfordshire Club separated the top-80 players who advanced to the last day back at Studley Wood, and of the 12 Irish who travelled, it was Mullarney’s eight-under par two round total that stood out.

The Galway professional, who moved to the paid ranks in December 2019, fired consecutive four-under par efforts and shares seventh place with the top-30 after Friday’s final round earning maximum category 3 membership to next season’s EuroPro Tour.

“I was happy enough with the way I played,” said Mullarney after finding five birdies at The Oxfordshire Club on Thursday.

“I haven’t had a day since lockdown really where I would say that everything has been fairly decent. The last couple of days I’ve definitely been closer to it but I would say there’s probably a little bit more to find there but considering how little we’ve been competing, I’m happy enough.”

Like so many professionals, but particularly given this is his rookie year, Mullarney has seen playing opportunities drastically reduced this season and although he was well aware of the importance of securing status, he admits he tried to remove the bigger picture as he went about his business at Final Stage.

“I wouldn’t say it’s huge pressure because I always want to play well,” he added.

“You’re out there on your own and I suppose there’s so many other things to be thinking about between lies, course guides, water, bunkers, positions and everything, there’s just no point adding to the mix that I need to get a card to play golf.”

It’s not quite mission complete for him, with the top-30 earning the best category after Friday’s finish, while although Mullarney has shots in hand in his bid to maximise status, he realises there’s no taking the foot off the pedal in that pursuit just yet.

“You have to make birdies,” he says. “Tomorrow looks like it’s going to be quite a calm day so you need to make birdies. In say that, if you’re patient enough, no course is going to give you birdies but Studley Wood has a couple of short par-5s so there are chances. I’m looking forward to it.”

Joining the Galway man in the final round just a shot behind at seven-under par was Tullamore’s Stuart Grehan who fired a five-under 67 at the Oxfordshire Club on Thursday to breeze into the last day in a tie for 17th.

At Studley Wood, K Club professional Conor O’Rourke signed for a superb five-under par effort of his own – a 68 – to also progress at seven-under par.

Back at Oxfordshire, Eoin Leonard impressed with a four-under 68 to advance at minus-four, the same 36-hole total as St Annes Cameron Raymond who shares 48th after a 70 around Studley Wood on day two.

Cork’s John Hickey and Shannon’s Daniel Brennan completed the Irish qualifiers safely through to the final day cut, advancing right on the number at two-under par, however, the news wasn’t so good for Paul McBride (-1), Tom McKibbin (amateur) & Brendan McCarroll (E), Conor Purcell (+3), Luke Donnelly (+9) who missed out on the final day but they will be consoled knowing that all those to make it to Final Stage will be guaranteed some status next season.

The highest category available from Q School supported by Sky Sports is category three. This goes to those who finish inside the top 30 overall after the final round tomorrow. Thereafter, players 31–60 and ties get category six. 61-80 and ties category 10.

Full categories for those who missed the cut can be found here.