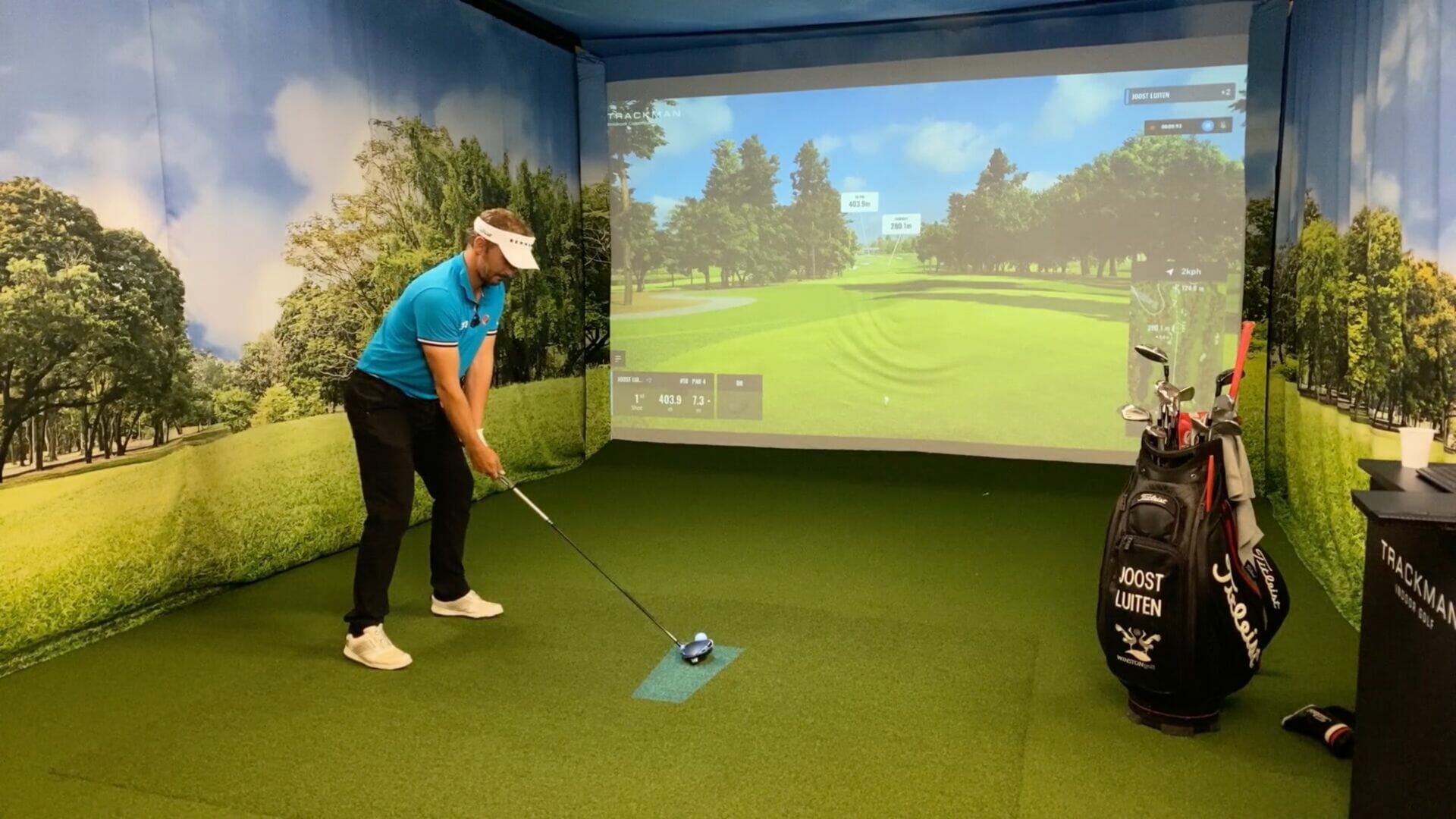 With professional tournament golf still a long way away, some pro’s are taking part in an indoor challenge with Joost Luiten, having posted a six under par round of 66, taking a two shot victory in the inaugural edition of the BMW Indoor Invitational powered by TrackMan.

The Dutchman finished top of a leaderboard featuring 18 European Tour players in the first of five events in the new series of virtual golf tournaments using the latest simulator technology.

As a result, he claimed the first prize of €10,000 towards a charity of his choice, with the six time European Tour winner opting to split the proceeds between his own charity, the Joost Luiten Foundation, and Eramus Medical Centre, a hospital in his native Rotterdam which has been on the front line in the battle against Coronavirus.

Luiten and the rest of the field, which included former World Number Ones Martin Kaymer and Lee Westwood, competed virtually over the Old Course at St Andrews from their own homes in the one round, 18 hole stroke play event.

Tournament footage was shown on the European Tour’s social media channels and https://bmw.trackmaninvitational.com, with fans able to follow using #BMWTrackManInvitational.

Luiten birdied the fifth, eighth and ninth holes in a front nine of 33, before picking up further shots on the 12th, 14th 15th and 16thholes. He then carded his only bogey of the day on the 18th after failing to get up and down from the Valley of Sin.

The 34 year old finished two shots clear of Frenchman Damien Perrier who fired seven birdies in his opening 14 holes but then carded three consecutive bogeys from the 15th in a four under par round of 68.

“It’s a good feeling to win the inaugural event,” said Luiten. “We’ve been doing nothing for such a long time, so it is nice to get that feeling of competition going again.

“You try to stay fit and practise the way you can indoors, but it is different, so it is good to have the some nerves and that feeling of actually competing and trying to beat everybody else. That’s the most fun for us and that is why we are golf professionals. We have been missing that feeling for a long time and it was good to get it back and to do well as well.

“St Andrews is such an iconic course to play too. Everyone knows it from the TV, so it is a great place to start this.”

Luiten was also pleased to be able to claim the first prize for his two charities, with each of the five tournament winners in the BMW Indoor Invitational powered by TrackMan receiving $10,000 towards good causes of their choice.

“Charity is really important, especially in these times,” he said. “There is so much going on in the world that just needs money. So it is always good to give back. I started my own Foundation at the beginning of this year to get kids into golf, so I’m going to give 50 per cent to help get that up and running and to help kids enjoy golf. The other 50 per cent will be donated to Eramus MC, a hospital here in Rotterdam and one of the biggest hospitals in Holland. They are trying to do a lot of research into stopping Coronavirus so hopefully they can do a lot of good things with the money.

“It’s also important to raise awareness too. If everyone gives a little or helps out as much as they can hopefully the situation gets better and we can beat this virus. That is the most important thing at the moment, to beat this virus and keep the older people safe too and try to get back to normal life.

“It’s always special to win but I’m really proud we can give this money to good causes and every little helps.”

Meanwhile, German Kaymer, the two-time Major Champion, joined Austrian Wiesberger in the interactive feature group. Wiesberger edged the contest with a level par round of 72, while Kaymer carded a two over par round of 74.

Wiesberger said: “It was good fun. It was nice to interact with Martin although I can assure you it wouldn’t normally be like that in a tournament! Martin is a great guy so and I enjoyed playing St Andrews, my favourite course, with him on the indoor TrackMan set up.

“All of us, not just golfers but all athletes, are looking forward to getting back into competition again so it was fun to have set this up and for a good cause too, so thanks to the European Tour, BMW and TrackMan.

“It’s crazy where technology has taken us to that we can play golf tournaments indoors like this and interact with each other and still have a lot of fun, even if we have a couple more weeks until we get out there with a scorecard in our hand.”

Kaymer added: “To interact with another player again was nice. That’s what you miss most – the competition, to compete against someone who is as good as you.

“I was quite surprised at myself that I was excited to play, and I also had a bit of nervousness at some stage, which is a bit strange. But I look forward to doing the same again next week.

“For BMW, TrackMan and the European Tour to do a good thing was fun. The winner can donate to their charity every week for five weeks in a row. This is a beautiful idea. Especially at this time we’re in right now, giving is more important than ever.”

Next week’s course will be Royal Portrush, following by Golfclub München Eichenried (Saturday May 23, Real Club Valderrama (Saturday May 30) and Wentworth (Saturday June 6)