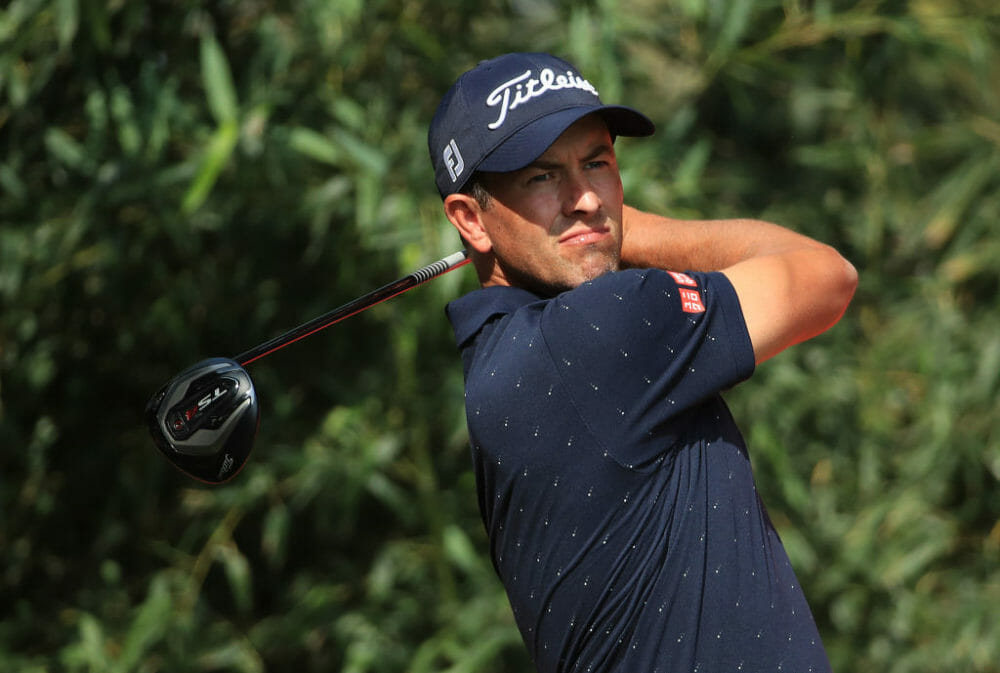 Local hero Adam Scott secured his second Australian PGA Championship title after edging out Michael Hendry in a thrilling final round battle on the Gold Coast.

The 2013 champion produced a closing 69 to win by two shots but he was pushed all the way by the New Zealander, who finished alone in second after closing his fourth round with back to back bogeys.

A brilliant burst of scoring around the turn had seen Hendry, who struggled with a rib injury over the weekend, take the outright lead on a topsy turvy afternoon.

But the nip and tuck contest swung Scott’s way when he followed up a birdie on the 14th with a magnificent eagle at the 15th to move two shots clear.

There were still twists and turns to come, though, as Hendry cut the deficit to a single stroke with a brilliant birdie at the 16th before carding a bogey on the very next hole to give Scott breathing space once more.

Home favourite Scott looked to have let Hendry back in when he missed the green at the 17th but he managed to save par thanks to a brilliant recovery shot.

And after Hendry carded another bogey on the 18th, former Masters Champion Scott clinched his 11th European Tour victory despite dropping a shot on the last.

HE’S DONE IT! ?@AdamScott wins the #AUSPGA and his first title on home soil in 2,266 days ?? pic.twitter.com/CFproFgTqG

Scott began the day with a one stroke lead and stretched that advantage to two shots at the earliest opportunity on Sunday, notching a close range birdie at the first to move to 11 under par.

But a run of six straight pars opened the door for the chasing pack to close the gap, and when he dropped his first shot of the day after finding water at the eighth, he slipped back into a share of the lead.

He was briefly knocked off the top of the leaderboard altogether as Hendry made a birdie at the ninth to take the outright lead.

Scott closed out his front nine with a four foot birdie to regain a share of the lead but Hendry’s birdie from around 15 feet at the tenth saw him return to the top of the pile.

As the chasing pack began to charge, Scott made a vital par save after getting into tree trouble off the tee at the 12th to stay in the hunt.

And he joined Hendry at the summit again with a ten foot birdie putt at the 14th before jumping into a two shot lead with an eagle from a similar distance at the long 15th.

With Hendry’s challenge fading fast, there was little pressure on Scott as he stood at the 18th tee, and he made a bogey to finish the week on 13 under and return to the winner’s circle.