McGinley improves as Kingston turns on the style at MCB Championship 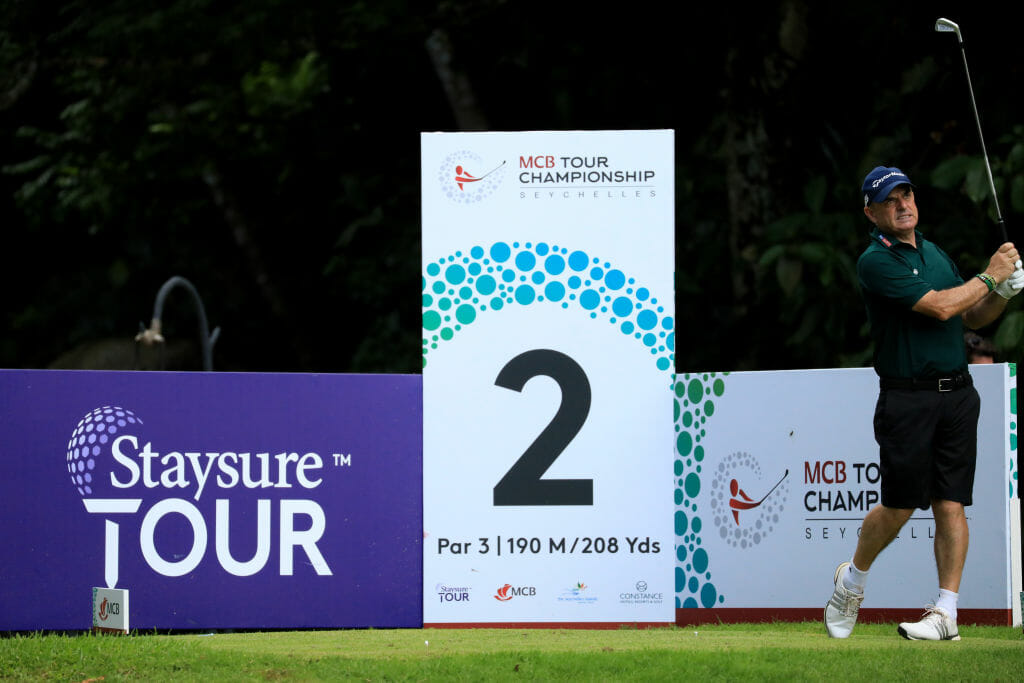 Paul McGinley finds himself seven shots off the lead heading to the final round of the MCB Tour Championship – Seychelles after a level par second round of 70 was added to his opening 72.

The tally sees McGinley in joint 20th position alongside Santiago Luna and Marc Ferry but they are some way off the lead held by James Kingston who will go in search of his first Staysure Tour title as he takes a one stroke lead into the last day.

The South African, who carded a four under par round of 66, began the second round five strokes adrift of overnight leader Gary Orr, but recorded four consecutive birdies on his final four holes to take the lead, with Orr dropping down the leaderboard.

Kingston has claimed four top five results in 2019, including runner-up finishes at the Senior Open Hauts de France by Jean van de Velde and Staysure PGA Seniors Championship, and is in prime position to seal his maiden Staysure Tour title.

He reached the turn at level par following a birdie at the sixth and a bogey at the ninth, and remained on that score with four holes to play after another birdie and bogey at the 11th and 12th respectively.

The two-time European Tour winner then finished with a flurry of birdies to leap to the summit at Constance Lemuria.

“Whenever you put yourself in the mix coming into the last round you’ve got to give yourself a decent chance,” he said. “I’ve played pretty solid all season so I’m looking forward to tomorrow.

“I felt like I played really solid golf today. We had a nice three ball and we finished off in style with André Bossert making eagle and myself and Cesar Monasterio making birdies on 18. I was quite pleased to finish by birdieing the last four holes.

“The back nine, especially the last few holes, if you hit some good shots it’s actually easier to set yourself up with birdie opportunities. Even though the elevation plays a big role I still think there are more opportunities on the back nine.”

Hot on Kingston’s heels is Englishman Peter Wilson, who signed for a round of 67, three under par, having gone out in four under par to move into contention. A group of three players, including Spaniard Miguel Angel Martin, Argentina’s Mauricio Molina and Stephen Dodd of Wales make up the top five at the European Tour Destinations venue on two under par, three strokes behind Kingston.

Scores after round two: