Maguire battles hard and gets her rewards at Symetra Tour Championship 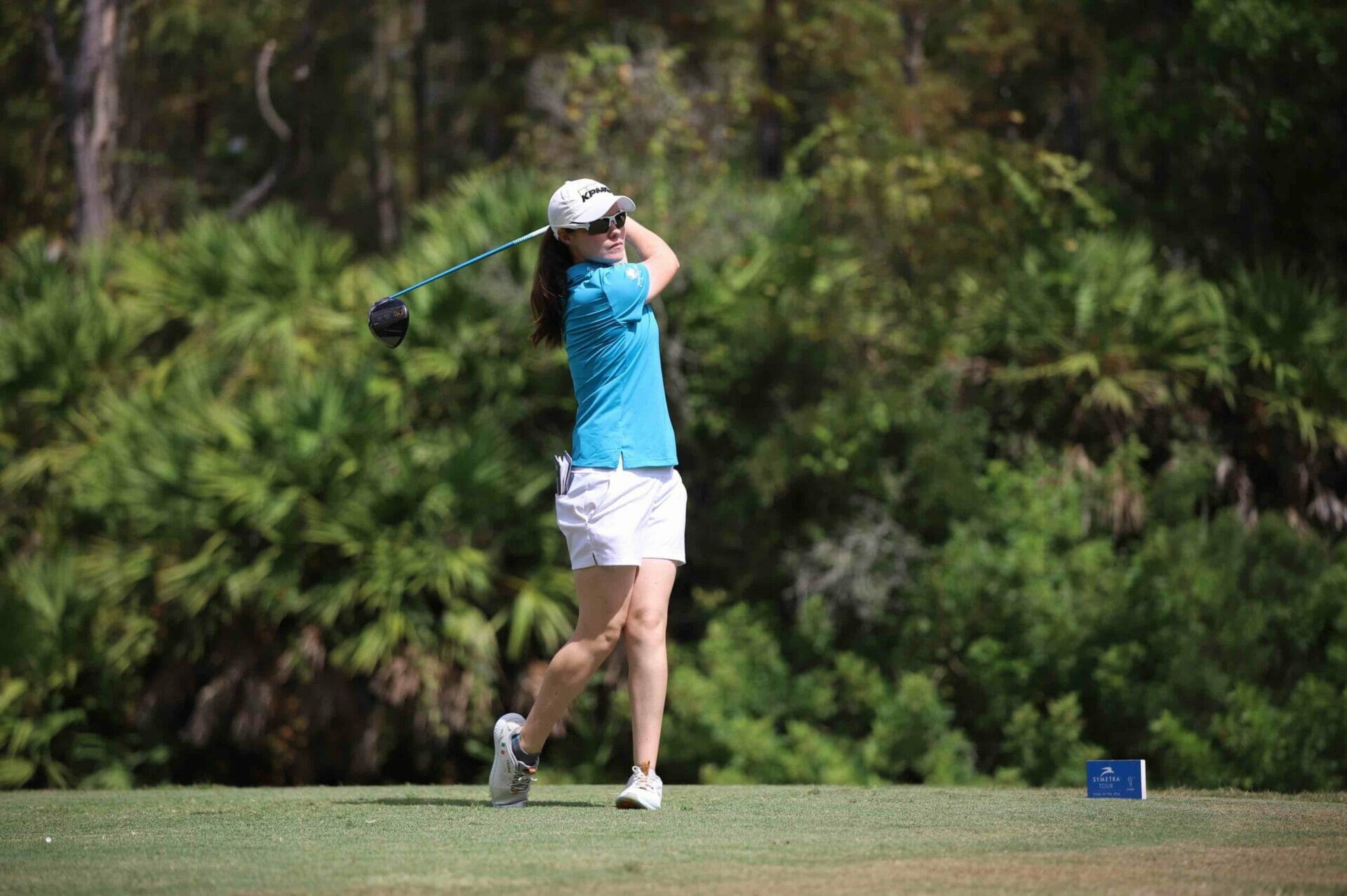 Leona Maguire had a rollercoaster of a day during the second round of the Symetra Tour Championship but she remains on course to secure her golden ticket to the LPGA proper for next season.

Maguire, who shot 3-under on day one, followed it up with a 2-under par round of 70 on day two which included three birdies and a bogey on her outward nine followed by two birdies and two bogeys on her way back, hitting 13 greens in regulation along the way and managing to record just 29 putts.

Of course it’s all about the Volvik Race for the Card this week as the top-10 performers from the Symetra Tour season, following the conclusion of this tournament, will receive their LPGA Tour Cards and at this point in time Maguire’s 5-under par total is good enough for T28 for the week, leaving her in a projected 7th place overall on the order of merit with two rounds left to play.

PROJECTED VOLVIK RACE FOR THE CARD TOP-10
Projection of the top-10 based on the current Symetra Tour Championship leaderboard, along with each individual’s projected season money total.

At the top of the Tour Championship leaderboard Nuria Iturrioz (Mallorca, Spain) bagged seven birdies in a 5-under par 67 which vaulted her into the 36-hole outright lead and she takes a two-stroke advantage into the weekend at LPGA International on 11-under overall.

“I always come to win the tournament, it doesn’t matter about the prize money,” said Iturrioz. “I know I have to play well this week, so I’m trying. There is still 36 holes to play, and here [on the Jones Course] it is easy to make a really good round. So, we will see tomorrow and then see what happens Sunday.”

In late May, Iturrioz captured her first Symetra Tour title at the inaugural Zimmer Biomet Championship hosted by Nancy Lopez. The event featured the largest purse in Symetra Tour history of $300,000 and in turn, provided the biggest winner’s payout ever on the “Road to the LPGA” at $45,000.

“Of course this is more important than maybe last week or two weeks ago, because [the purse] is bigger and gives more of an opportunity to make it to the LPGA,” said Iturrioz, who entered the season finale at No. 14 in the Volvik Race for the Card but would move up to 4th based on current standings. “Of course, I’m thinking about all of it. I was practicing last week and changed a couple things, so now I’m getting more confident.”