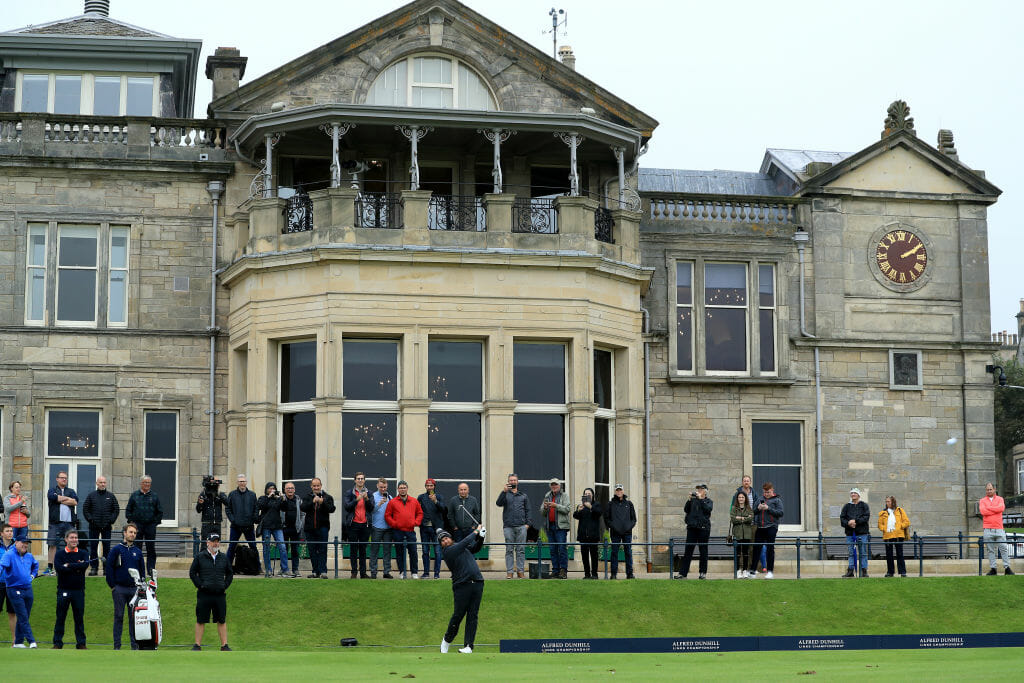 One of the final things Open Champion Shane Lowry did at the conclusion to Sunday’s Alfred Dunhill Links Championship was to pay a visit the R&A clubhouse.

Lowry was chatting just metres away from the main door of the clubhouse with a handful of the media following his final round 68 for a share of 15th place on the Old Course at St. Andrews when approached and asked if he would like to look inside the clubhouse?

It was, of course, Lowry’s first visit to the Home of Golf since capturing the 148th Open Championship at Royal Portrush.

For those that have not been there, on entering the R&A clubhouse there is a gleaming brass sign attached to the wall beside the main entrance door indicating – ‘Members of the Royal & Ancient Golf Club Only’.

Fortunately during the week of the Alfred Dunhill Championship, there was a temporary sign in place indicating members of the Association of Golf Writers could enter the very exclusive building for the duration of the tournament – hence yours truly was ‘in’.

When you enter the clubhouse there is a table in the centre of the reception area featuring a lovely bowl of flowers and there against the wall on the left side of the room is a cabinet featuring the major trophies contested under the auspices of the R&A.

Among the trophies on display is the famed Claret Jug along with the British Amateur trophy won by James Sugrue.

And there affixed to the wall to the right of the trophy cabinet is a photograph of the current Open Champion, Shane Lowry the photograph showing him holding the Claret Jug just above the lockers for fellow Open winners, Tom Watson and Lee Trevino.

“Woh! that’s fantastic,” said Lowry. “It is something very special.” 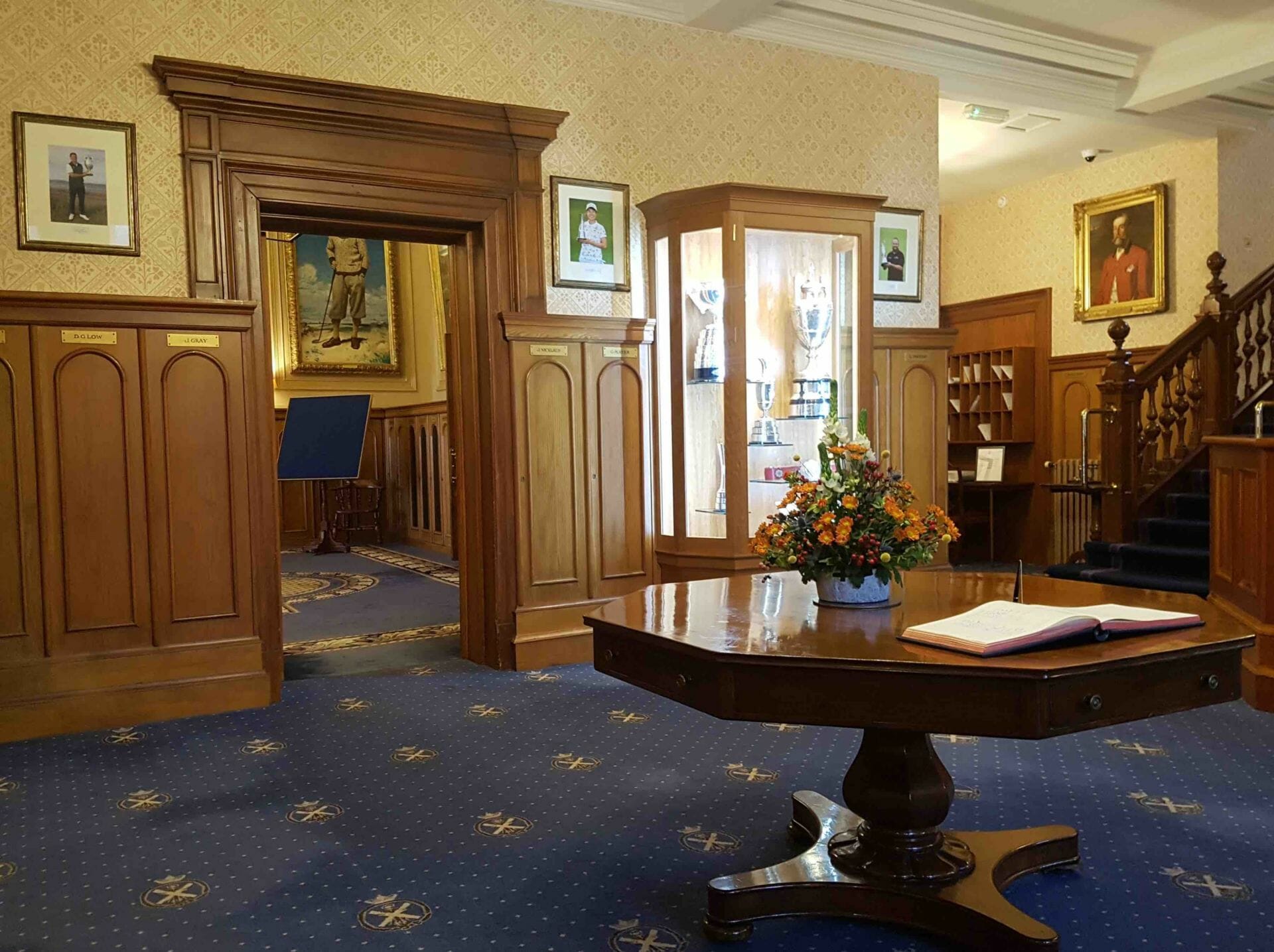 The reception at the R&A Clubhouse (Photo: GolfTourMiss) 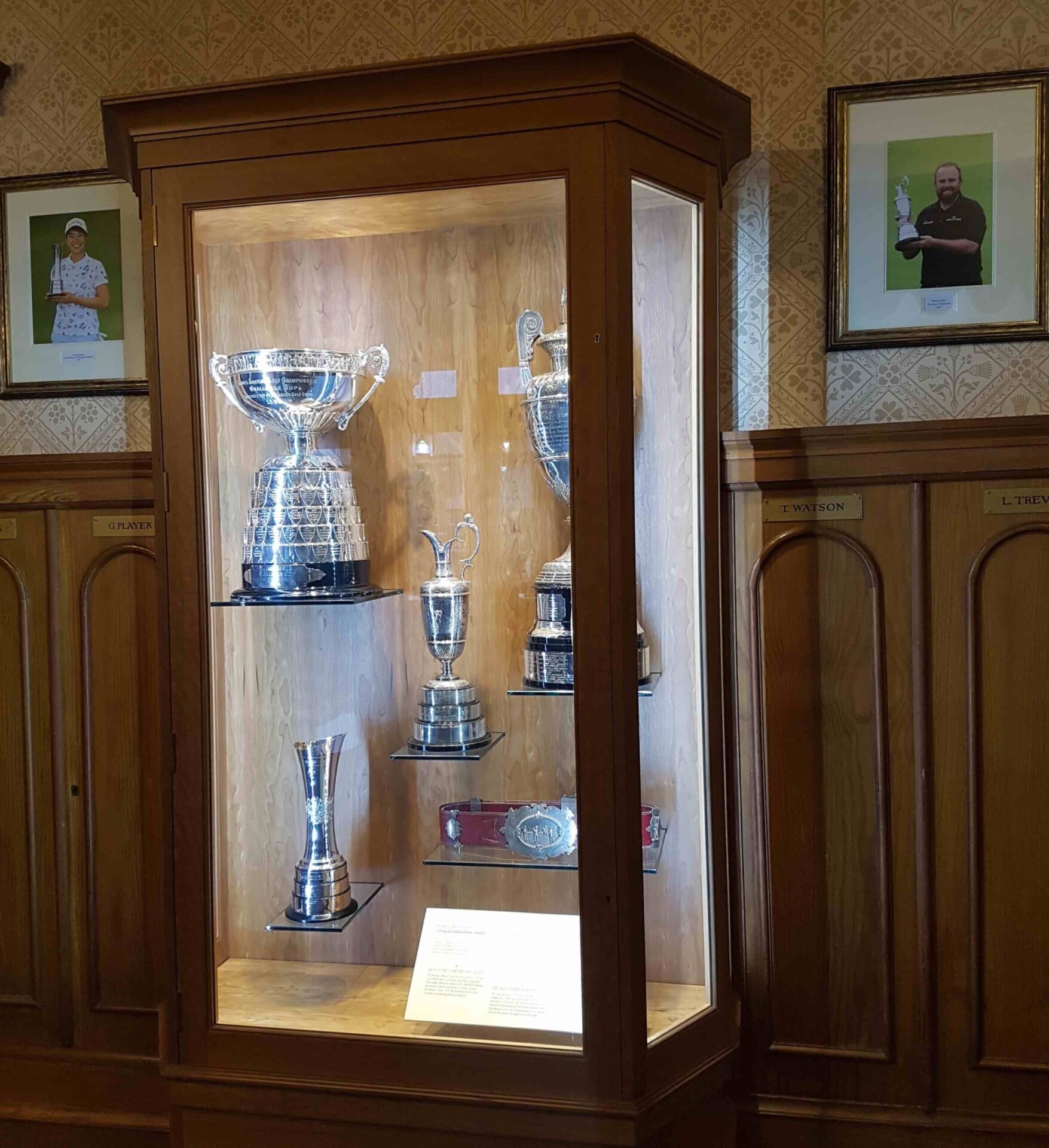 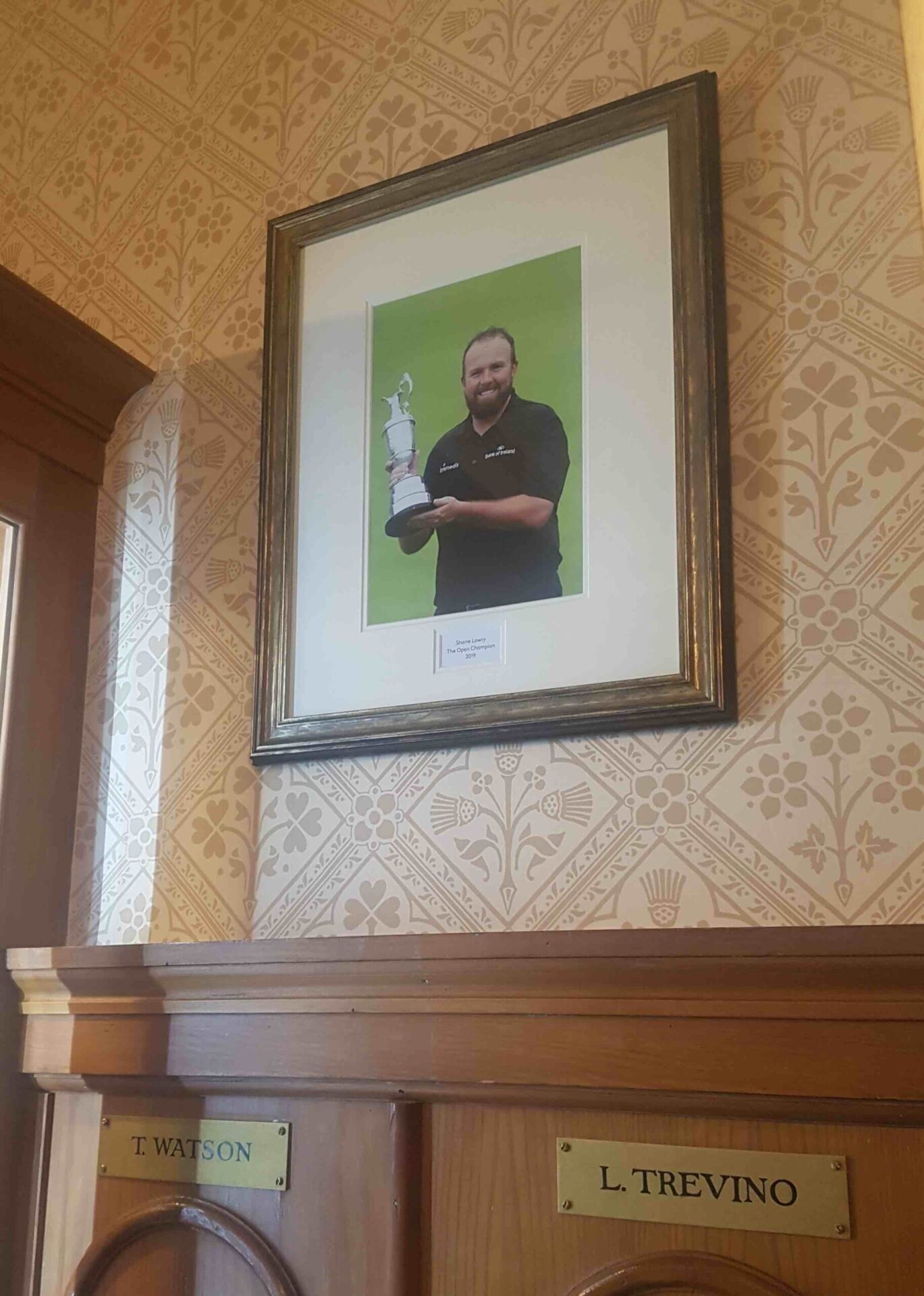 Lowry’s photograph will remain on the wall of one of the most exclusive clubs in all of sport for another 10 months or so, until the 2020 Open Champion is confirmed.

Hopefully, Lowry can win again at Royal St. George’s next July and a newer 2020 version will be hanging on the wall.

There will be an even more special visit to the R&A clubhouse for Lowry ahead of the 2021 Open Championship, on the occasion of the 150th anniversary of golf’s oldest major at the Home of Golf, and that will be when he joins other living former Open winners including Watson and Trevino along with Tiger Woods, Sandy Lyle, Padraig Harrington, Mark O’Meara, Ernie Els, John Daly,  Darren Clarke, Rory McIlroy, Henrik Stenson, Jordan Spieth and Francesco Molinari at the traditional Tuesday night dinner get-together hosted by R&A CEO, Martin Slumbers.