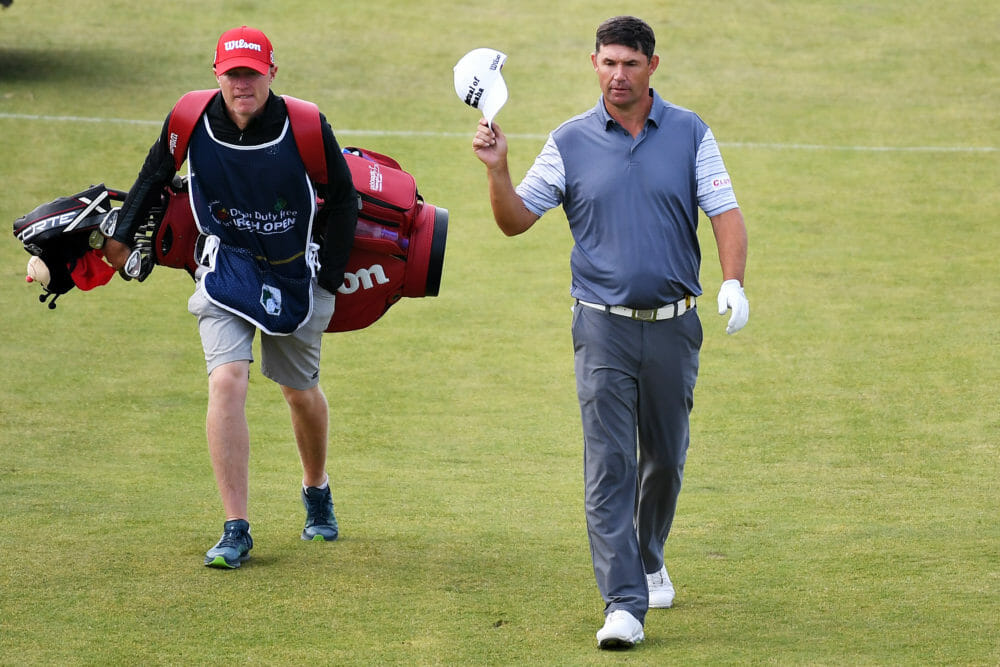 Harrington found himself spending the immediate period after his first round at the BMW Championship mixing the task of signing autographs and answering questions on the performance of Hovland, his first and second round playing partner.

The 22-year old Hovland recently turned professional after competing in this year’s U.S. Open and is making his debut on European soil in this week’s event at Wentworth.

Hovland, who had been mentioned by Harrington a day earlier as being on his 2020 European Team ‘possible’ playing list, brilliantly birdied his closing two holes in a round of a three-under par 69.

It handed the ultra-talented Norwegian golfer a share of 14th place in the Tour’s flagship event and Harrington left the scorers hut and was just beginning to sign autographs when approached by a handful of media.

“I waited for a second but it seemed no-one wanted to speak to me,” he said smiling.

There was the response: “No, you were seemingly doing a runner” to which Harrington, now laughing, said:  “No, I wasn’t”.

With that aside, Harrington again spoke highly of Hovland’s enormous talent and particularly, whether he learnt anything new about his talent.

“I don’t think I learned anything new about his talent and, as I mentioned yesterday, I have been following him from a distance and I’m still very impressed,” he said.

“His play today was just fabulous.  I knew he was a good golfer and there is no doubt about that.  I just like his attitude as he is very comfortable and relaxed.  He is pretty fearless the way he plays which is only to be admired when you get to my stage of the game.”

“So, yes he is very strong mentally.   I don’t think he felt intimidated in my company.  I think both the lads today, including Mike Lorenzo-Vera, played very well.”

Harrington then commented that Hovland played golf like a 23-year old but then was reminded he only turned 22 on Wednesday (18th September).

“Well then, he played golf like a 22-year old,” said Harrington laughing.

Harrington was then asked his thoughts on Hovland’s ‘double-pump’ backswing, with the triple Major winner revealing his 16-year son Paddy has now copied the swing.

“My son is 16 and he copies Viktor’s swing, so I mentioned that to Viktor out there today that he is already influencing kids out there,” said Harrington.

“You know me, so whatever works best for him, then good luck to him.”

“He is a really confident-looking player and he has what you would love to have as he’s very comfortable and he’s clearly enjoying himself.  He’s not caught-up in being over technical.”

Hovland has now produced 18 consecutive rounds in the 60s, with the last 17 of those being on the PGA Tour.

“You know what I think about that statistic, as that does not prove anything,” said Harrington.

“I think he is very good, full stop.  What makes him very special is his attitude.”