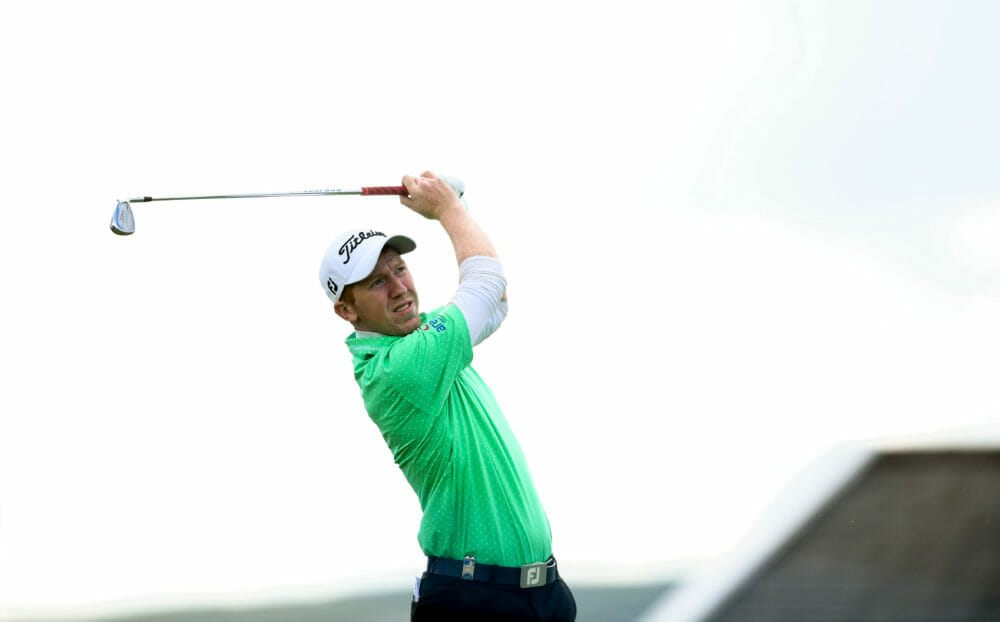 Padraig Harrington will look to secure his best finish of a limited playing scheduled season heading into his final round at the 100th anniversary KLM Open.

Harrington grabbed five birdies, including a ‘4’ at the par-5 last for a second day running, in a rousing four-under par 68 and a six-under par total on The International course in Amsterdam. Europe’s 2020 Ryder Cup Captain may be sharing 30th place but Harrington is just three shots from the top-10 result while he’s nine adrift of the leading duo of Sergio Garcia and England’s Callum Shrinkwin.

Garcia and Shinkwin each signed for six-under par 66s to move two clear of the field at 15-under par, and with Garcia a hot favourite to collect a 16th European Tour win and a 35th pro career victory title.

Harrington’s best European Tour result this year was his share of 12th place a week ago at the Porsche European Open at Hamburg.

And Harrington would love nothing better than to head to Tour HQ for this coming week’s BMW PGA with a top-10 finish, and where the opening qualifying event for his 2020 European Ryder Cup team commences this coming Thursday.

Mt. Juliet’s Gavin Moynihan is the leading Irish player having birdied four of his opening 10 holes in a four-under par 68 for a share of 23rd place at seven-under par and one clear of Harrington.

Greystone’s Paul Dunne slipped down the board with a 73 to be sharing 53rd place at three-under par. In contrast, England’s Matt Wallace burst into victory contention setting a new course record of a nine-under par 63 that included 10 birdies and just the one dropped shot to move into a share of fifth place at 11-under par.

And Wallace matched his lowest score in over three years in singling out a new caddy on his bag in Jonathon Smart, and the caddy who helped steer Danny Willett to 2016 Masters glory. Wallace’s move to work with a new caddy comes after the very public break-up with Belfast bagman, Dave McNeilly.

“Dave was brilliant,” Wallace said. “I wouldn’t be here if it wasn’t for him helping me get to this position, but I felt that I needed something new, a new challenge and Smartie became available and we feed off each other really well.

“Crans wasn’t so good but we then flew straight to Wentworth and did some work at the weekend so we felt like we played the weekend by doing a lot of work and getting some stuff done.

“We had another week of practice and came here feeling really good and then shot a 75 on the first day and go ‘Oh wow!’. “But we stuck with it yesterday which was important and then today. Hopefully we are moving forward and give ourselves a chance (to win) if the weather picks up a little bit, but it might be too far ahead as it’s playing quite nice out there.”

Moynihan will tee off his final round at 11:31am with Harrington off at three groups earlier at 10:59am.