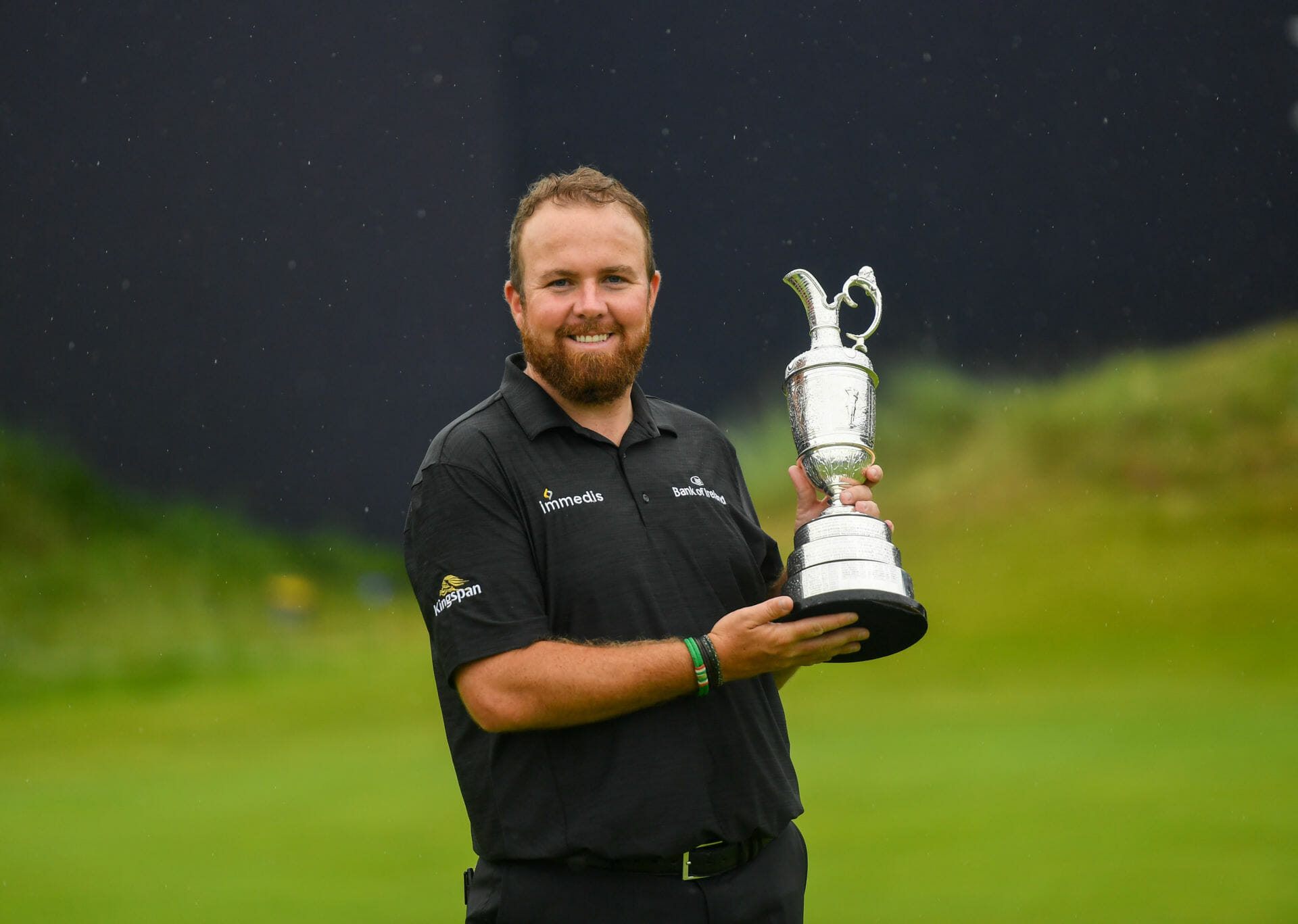 The duo were once team-mates in the Ireland amateur ranks and with Lowry emerging to become Ireland’s sixth Major Championship winner.

“It was just unbelievable for Shane to win and I just wish I had of been there at Royal Portrush,” said Power.

“I was competing myself at the time so I was trying to follow how he was getting on and to see the pictures of him with the Claret Jug and celebrating was incredible.”

“It just looked amazing and I am so happy for him, and it’s great for Irish golf.”

“I’ve known Shane a long time as we played Irish Internationals together since we were aged about 17 or 18.  He’s a great fellow.  He loves Ireland and he’s always been a great promoter of Irish golf.”

“Shane has incredible talent and he first showed that in winning a European Tour event as an amateur, and anyone who can do that surely has some serious talent or balls or whatever way you describe it.”

“He’s won a WGC and he was right in there a few years back in a U.S. Open, so you could see it coming, Shane winning a Major.”

“Given all the Irish supporters and the pressure on him in competing on Irish soil, so to play so well and to get to enjoy walking down the 18th hole it was very, very special.”

Power was speaking with confirmation for a second time in three years he will strive to regain his PGA Tour card through the secondary three-event Tour finals.

Power ended his second season on the world’s most-lucrative stage forfeiting automatic 2019/20 membership in finishing 143rd on the 2018/19 money list which was 18 places shy of the magical 125th cut-off point after an indifferent season where the West Waterford golfer contested 27 events but made the halfway cut in just 13.

Power never really recovered in missing seven cuts in his opening eight events, including six in succession from the end of October to mid-February, and with his best finishes being in April and early May when he posted a T6th in the RBC Heritage, a T5th in the two-man team event in New Orleans and then a T13th in the Wells Fargo.

Those efforts sent Power to 101st on the money list before three missed cuts in his next five events had him again outside the all-precious 125th placing.

“It’s been a pretty poor year and it was disappointing to get off to a poor start to the season and while I have a good comeback in the middle of the season, it got cool there towards the end,” he said.

“Overall, it was not great.  I also went to the Wyndham last week knowing I needed to finish top-five and despite starting with a 64 it never really worked out.”

Power has made the decision, rather than rely on what would be limited 2019/20 starts from his 126th to 150th money-list category, to tee-up in the three-event ‘Finals’ on the secondary Korn Ferry Tour (Previously the Web.com Tour).

The Irishman did just that at the end of 2017 to secure his 2017/18 full Tour card while a year ago, Power secured the 125th and very last membership card in his rookie PGA Tour year.

Power has this week off before teeing-up on August 15th in Columbus, Ohio in the first of the three Korn Tour Finals and a week later he will be in Boise, Idaho.

The last event will be the Korn Tour Championship starting on August 30th in Newberg, Indiana.

If Power’s combined earnings over the three weeks are inside the leading 25 for that same period then he will regain full 2019/20 PGA Tour status.

“I’ve got one week to hit the reset button for the Korn Tour finals and hopefully get back out here on the main Tour for the first event mid-September at The Greenbrier,” he said.

“Hopefully, all will go well in the three events and I will be back out here.”