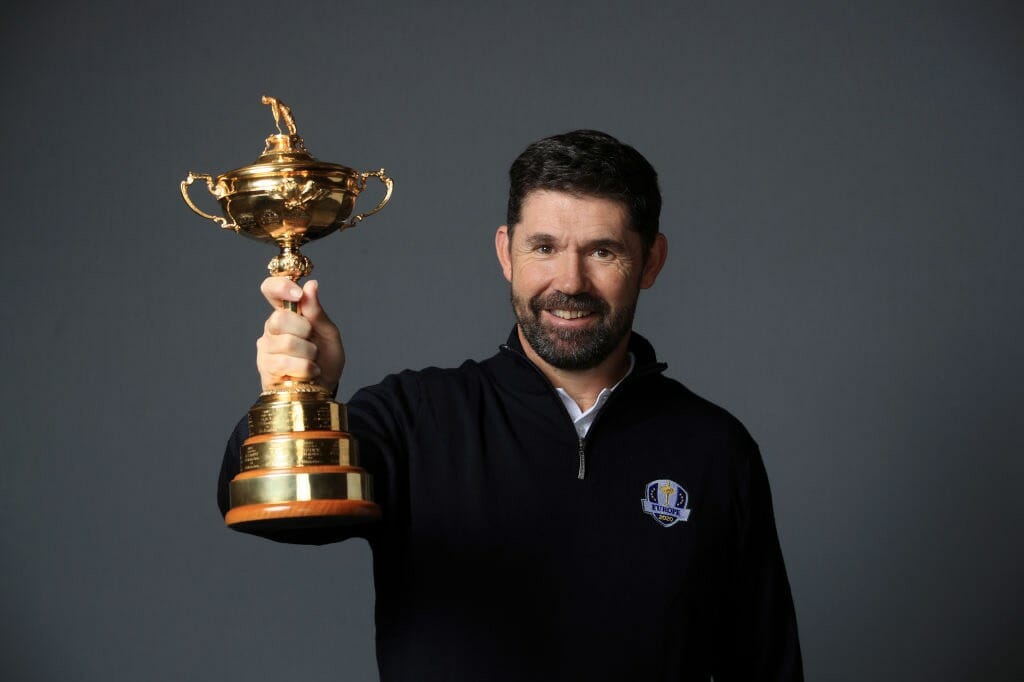 New European Ryder Cup Captain Padraig Harrington has been in the job less than a day and already he is looking to stamp his mark on the 2020 showdown by reducing his number of ‘wildcard’ picks.

Harrington, as widely predicted, was handed the Whistling Straits captaincy reins earlier this week to remarkably become the third Irishman in the last four Ryder Cups to lead Europe and if he gets his way will not be taking four ‘wildcard’ picks to the shores of Lake Michigan.

It was victorious 2018 European Team captain, Thomas Bjorn who raised the ‘wildcard’ number to four but Harrington is already planning to reduce that number back to two or just three at most.

Prompting this move is Harrington’s ‘concern’ that the ninth automatic qualifier seemingly gets ‘skipped over’ when it comes to a ‘wildcard’ selection.

“I don’t think it has happened and I think players are more comfortable and more confident if they’re qualified directly rather than getting a pick,” he said.

“So, I’d prefer more players to qualify than if I picked them, but I will have a look at those stats.  Anecdotally number nine always gets a pick so why not let them qualify automatically without needing a pick.”

Ian Poulter was ‘number nine’ on the 2018 European qualifying standings with Bjorn choosing Poulter, Casey, Stenson and Garcia as his picks.

In 2016, Clarke went with three ‘wildcard’ picks and while Russell Knox finished 10th on the standings, one place shy of automatic selection, Clarke overlooked the Scot in favour of Thomas Pieters, Martin Kaymer and Lee Westwood as his Hazeltine picks.

Paul McGinley had three ‘picks’ in 2014 at Gleneagles and he went for the Number 10 in Stephen Gallacher, No. 12 in Poulter and then all the way down to No. 16 in Westwood and you have to go back to 2012 when Jose Maria Olazabal was the last European Team captain to have two ‘picks’ with the Spainard going for the No. 11 and 12 in Poulter and Belgium’s Nicolas Colsaerts.

Harrington also declared that Rory McIlroy will be travelling to Whistling Straits no matter what, following a question Harrington faced at Tuesday’s announcement about McIlroy’s commitment to the cause after the Northern Irishman recently revealed he may not fulfil the requirements for European Tour membership next season.

Harrington was quick to play down any concerns over the four-time major champion’s commitment to the cause even though the golf world remains unclear if McIlroy has re-joined the European Tour or not.

“I can only look at his actions. That man loves the Ryder Cup. He’s become a leader in the team room,” said Harrington.

“You don’t get that day in, day out. You don’t get that regularly. His actions are all about the Ryder Cup. He will be 100 percent behind and in that Ryder Cup team, there’s no doubt about it. You just have to know the man behind the scenes.”

Seamus Power makes his 2019 competition debut this week, teeing-up for a third straight year in the Sony Open in Hawaii and Power has made the cut on both previous occasions, albeit finishing well down the field.

Iit will be his sixth event of the 2018/19 wraparound season though the West Waterford golfer has struggled since securing the last Tour card into the new season missing all but one of five cuts.