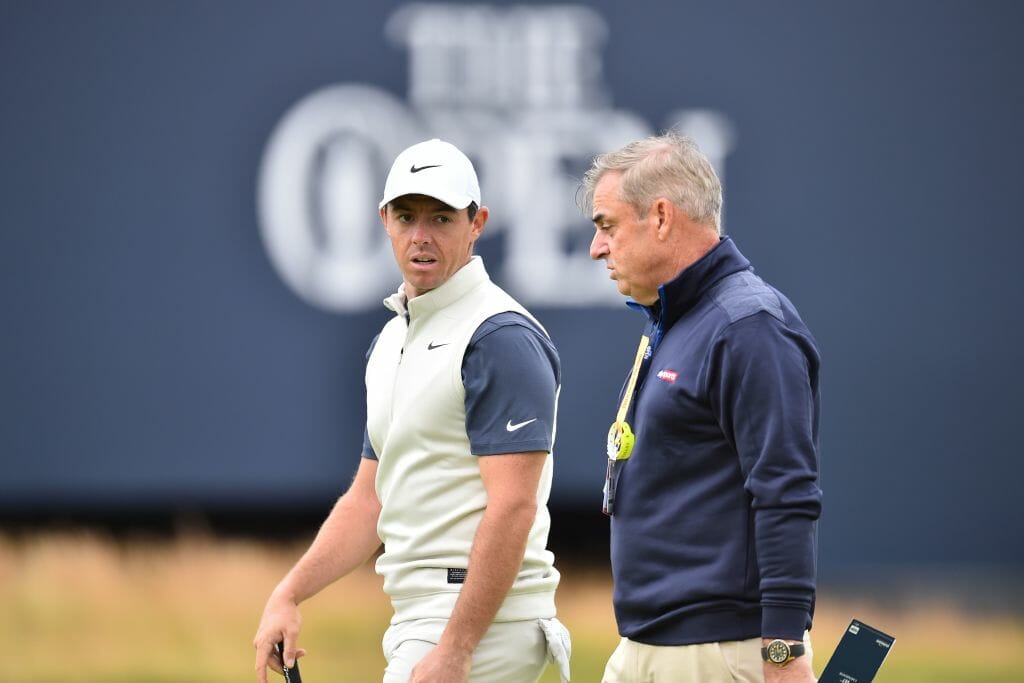 Paul McGinley has slammed Rory McIlroy’s suggestion he may not elect to take-up European Tour membership in 2019.

McIlroy delivered shock waves to the European Tour and his Irish fans that he plans not to renew membership while also hinting that he may skip contesting the Dubai Duty Free Irish Open next July in Lahinch.

McGinley, writing in his latest Sky Sports Golf blog, described McIlroy’s move not to take-up 2019 membership as ‘quite extraordinary’.

“It’s very disappointing and it is obviously a blow for the European Tour,” wrote McGinley.

“Obviously, Rory sees it in other ways and has got his own rationale for that, although I’m finding it hard to understand!”

McIlroy has said he’s got just two “pure” European Tour events pencilled into his schedule before the end of August with Dubai Duty Free Irish Open host McGinley a potential victim if the Holywood star opts to play the Scottish Open as his warm-up for The Open rather than heading for Lahinch the previous week.
But what McGinley finds even more baffling is McIlroy’s threat to stay away from Europe’s strong season-ending events too.
“The FedEx Cup finishes in August next year, so you’ve got all of September, October, November and December where the PGA Tour is played in Malaysia, Korea and various other places,” McGinley added.

“Is Rory going to play in those rather than play in Dubai, where he has had unbelievable success and offers the exact same prize money as those events? Or is he just not going to play at all over the last four months?”

By sacrificing his membership, McIlroy would be putting his Ryder Cup eligibility – and his future captaincy prospects – in jeopardy, but McGinley doesn’t think his fellow Irishman has considered that.

“I don’t think Rory is worried about what is going to happen in 20 years, which is what he would be looking at if he was going to become Ryder Cup captain or vice-captain,” he added.

“At this moment, he is worried about his golf and focused on what he’s doing in the next 12 months.”

“At the end of the day, these players are sole traders and they make their own decisions. They make their own schedules and whether it be the PGA Tour or the European Tour, it’s very hard to get them to turn up. They will do what they want to do.”

McIlroy has made it quite clear that he will focus his attention on the PGA Tour next year as he looks to recapture the form that saw him win four majors between 2011 and 2014. Now four years without a major championship and with a new generation of young American golfers winning multiple Majors in the interim a change is certainly needed.
We still live in hope that The Irish Open next summer, which will be hosted by McGinley at Lahinch will not fall victim to his changes.