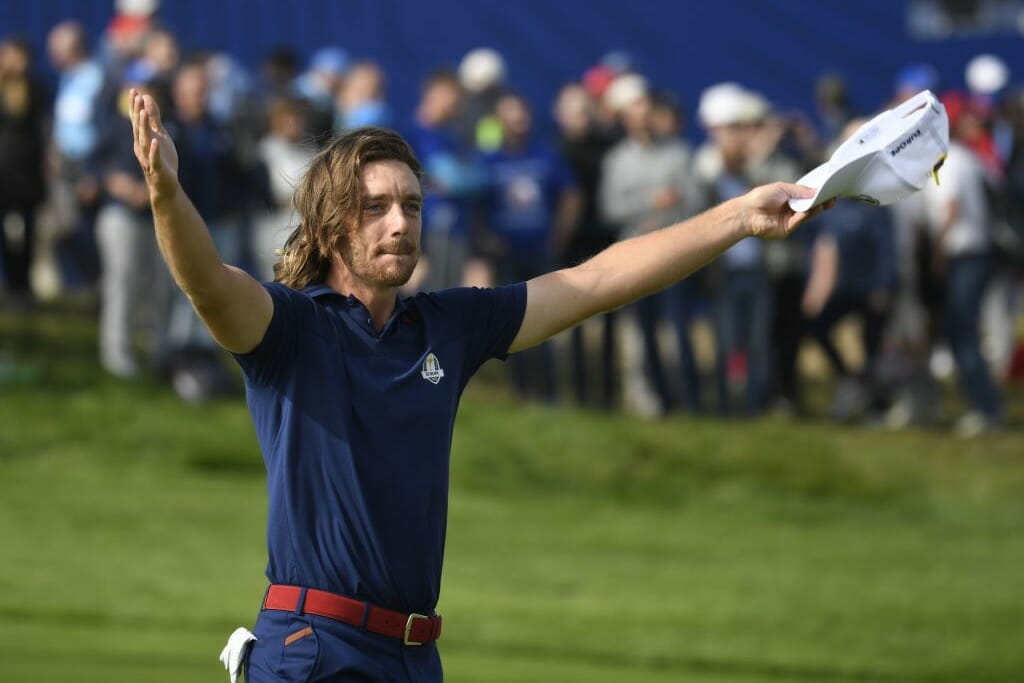 After all the waiting, deliberating and speculating, this morning’s fourballs to kick off the 2018 Ryder Cup didn’t throw up any major surprises. Heading into the afternoon foursomes, the USA remain deserved favourites while the question marks over form, rookies and perfect partners loom larger than ever over Team Europe.

Yet if I was to pick three things that caught me off guard, they’d have to be Rory Mcilroy’s slumped shoulders, this American team’s likability and some misplaced heckling from the home fans.

McIlroy was particularly disappointing. Tasked with wrapping his arm around Thorbjorn Olesen and guiding the rooking ‘round Le Golf National, McIlroy did everything but inspire the young Dane. The only player in the field not to post a birdie is baffling given McIlroy’s mercurial talents, but I could forgive him an off-day. What was unforgivable was his body language as he meekly meandered from tee-to-green so clearly lacking the self-belief that exudes from his chest when playing well. Granted he wasn’t at the races but body language is a controllable, it’s mind over matter output and McIlroy needed to do more as the Captain of his twosome than wither under his own poor play.

Faith has been shown in Rory to go out and prove himself in the afternoon foursomes and in truth Bjorn’s hand was forced. McIlroy was worryingly wayward all morning and doesn’t scream your ideal alternate shot partner but what a boost to the American locker room if Bjorn was to sit-down his ‘should be’ talisman for the afternoon session. Let’s hope Mr. Europe, Ian Poulter can ignite the fire currently lying dormant in the Holywood star’s belly.

There’s no doubt 3-1 hurts, particularly given the control that Rahm and Rose seemed to possess in the top match, but momentum is everything in the Ryder Cup and Fran the Man and Fleetwood managed to splatter some blue on the board at the death against Woods and Reed and that mini-swing could prove crucial as the wind gets up in the afternoon.

I hope to hear a lot less booing from the stands as the week progresses but given they were out in force at 7am, I’m not too hopeful that the boozed up galleries will be capable of showing restraint. How they can boo Tony Finau before he steps up to knock in a birdie putt after a fortuitous bounce of the ball on 16 was especially disappointing. We’re very quick in this part of the world to condemn Team USA and their brash support for over-zealous displays of patriotism but there was plenty from a European point of view that cut the higher ground from beneath our feet. There’s ways to be loud whilst being respectful and let’s hope the fuelled up fans can strike the right balance.

Besides, this US team is frustratingly likable, except for Patrick Reed of course with his face like a chewed up sausage – we can continue to revel in his misery without our conscience kicking in. But DJ, Rickie, Koepka and Spieth, it’s hard not admire their aggressive styles and placid demeanours. We’ll need to find motivation from elsewhere to down this US juggernaut.

The afternoon has thrown up all sort of propositions and wind apart, much will depend on how those out of form react to the unique setting of Ryder Cup golf. I could try call it but I don’t fancy my 0 for 4 selections being published. Let’s just say it’s a session Europe can ill-afford to lose.