Europe already ahead based on course knowledge 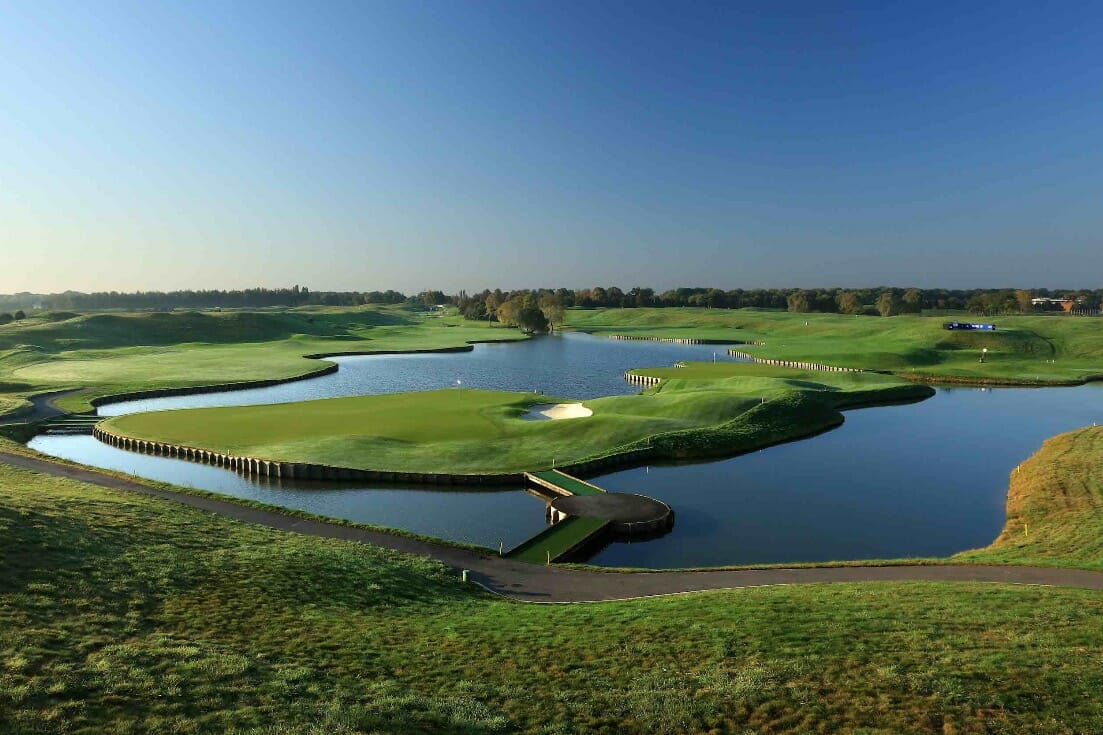 If course knowledge counts for anything, Europe is already 4up over their USA team rivals well before tee-off in this week’s Ryder Cup showdown at Le National in Versailles.

European’s Tommy Fleetwood and Alex Noren are the back-to-back French Open champions while it came as no surprise when Captain Thomas Bjorn chose Graeme McDowell as one of his vice-captain’s after McDowell won the French Open in 2013 and 2014.

Fleetwood had been one off the lead heading to the final round of the 2017 French Open but after  birdies at the second and third holes, the Englishman was never behind, winning by a shot to capture a second victory of the year. His French victory toast certainly made a mockery of his prior Versailles efforts having suffered the French cut in 2012, 2013 and 2016 for a combined 20-over par total.

“I have a few favourite holes at Le National.  I like the third and 16th holes, while the last hole is a great finishing hole,” said Fleetwood.

“Three is one of my favourites as I birdied that hole three of the four days when I won here last year.  I remember birding 14 for the first two rounds and had a great birdie there on the Sunday, and that was after taking a birdie on 13. So to birdie those two holes back-to-back was key to my victory.”

“The 16th is a great hole as they can make it play very tricky but at the same time you do feel like you can make birdie on the hole.   It’s just a good, strong hole. It’s also probably the last genuine chance you have for birdie before tackling 17 and 18.”

“The fact is also I only had one birdie all week on 16 and that was on Saturday. One of the very big keys to my win was that if you look at my scores over the last five holes on each of the four days I had birdied 14 in three of the rounds and also, as I mentioned, I birdied 16 on day three but then I played the other 16 holes on that stretch from 14 through to the last in level par. That’s what you need to do over those closing holes at Le National as they are massive with regards scoring.”

And if French Open organsiers were to ever place a plaque on the Vesailles course to honour one key shot Fleetwood struck that Sunday afternoon on July 2nd last year the Southport golfer singled out the 13th hole.

“I think if they were to ever put a plaque down for any of my shots I would choose the spot where I played my second shot into the 13th,” he said. “I was in the left rough off the tee and hit this great 8-iron shot and that shot was probably the best I hit all week.”

Jean Van Velde, the near winner of the 1999 Open at Carnoustie, and acting as a Ryder Cup ambassador, reckons Le National will play just as all 12 Europeans have come to learn how it plays.

“The Le National course for the Ryder Cup will play as it has always done and that is, it will continue to be a good test off the tee while there will still be no place to recover if you hit if 40-yards off-line,” said the Frenchman.

“The bottom line is that power off the tee is not the key at Le National. It is going to be very interesting to see how this Ryder Cup will play as the French Open has been played at Le National since 1991 and only twice in that time has Le National not hosted the French Open. So the big fact is that the European Tour has been going to Le National for nearly 30-years and the fact that European players know the golf course very well is without a doubt going to be a very strong advantage for Europe.”

“It is also a good ball-striker’s course but not for someone who hits the ball over 300-yards. There are a lot of holes at Le National that do not require drives of over 300-yards.”

“From my own experience of playing the golf course it is a great golf course ball-striking wise as you have to shape the ball both ways and you have to think your way around the course, as you always do, but then there will be occasions you may find yourself on the part of the course where you feel you shouldn’t be but, in fact, that is where you should be.”