Well done Francesco – see you in Portrush next year 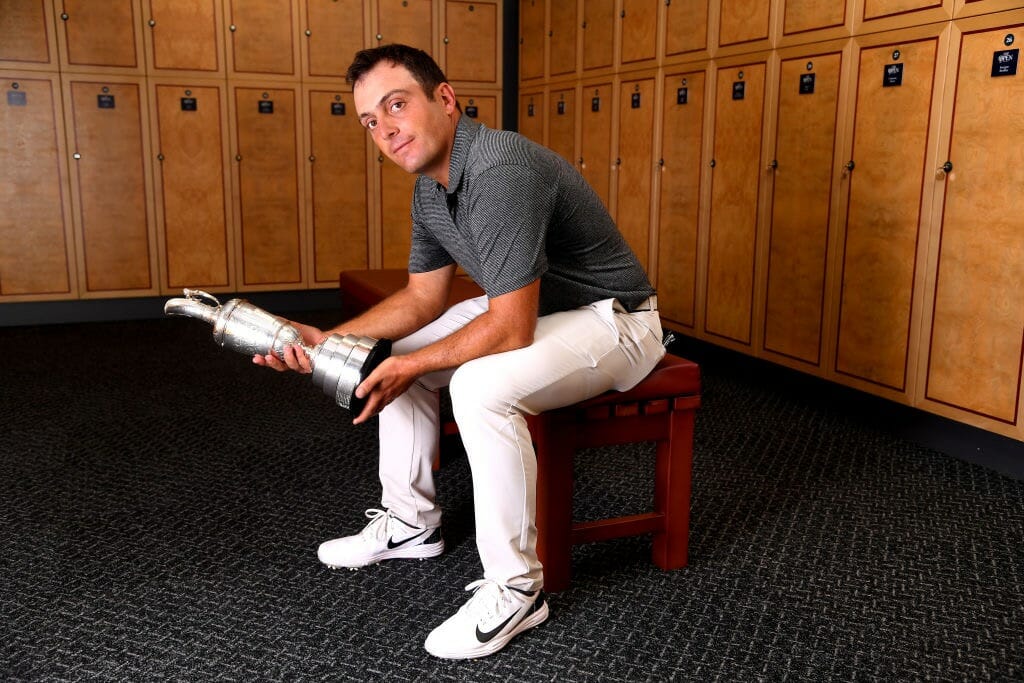 Looking at the leaderboard and the iconic names, who would have thought at the start of Open Championship Sunday that it would be the Italian, Francesco Molinari, standing tall as the Champion Golfer for 2018? It certainly took me by surprise.

Molinari was ‘Steady Eddie’ on Sunday with 16 pars and two birdies, while all around him were birdieing, bogeying and worse, and on the day ‘not losing’ turned into winning for the affable Italian, who became the first player from his country to lift the Open Championship.

We’ve watched the event and the highlights, we’ve seen the drama and know the scorelines, but what will we remember from the 147th Open at Carnoustie? It didn’t have the closing Van de Velde drama of 1999 or Harrington in 2007 but it did have a world class leaderboard on Sunday and certainly one of the stand outs was the form, and focus of Tiger Woods.

We could never have dared to hope that we’d see Woods atop a Major leaderboard on Sunday again and yet here he was, putting on a show for the world. Okay, it didn’t quite work out and he didn’t close out the tournament the way he would have in the past, but how good was it to see him in position again?

There is no doubt that Woods moves the needle in professional golf. You only have to look at the side of the fairways to see it – you don’t need the clarification of the TV ratings, the column inches and the website traffic numbers, but they’re there too. His challenge at Carnoustie was a sight to behold and while it petered out, we were all glued to the action and willing him to push on.

But what of the rest of the field? McIlroy gave us hope with his eagle on 14, but the two early bogeys on 2 and 5 really put paid to his chances and he needed another couple of birdies down the stretch that just didn’t happen for him. A lot has been made of his putting woes, but what about his wedge play?  While Rose, Woods, Molinari et al all put it close on 18 to give themselves a chance at birdie, Rory left himself an unlikely opportunity with a 20+ footer, and it wasn’t the first time he was let down on the final day. Dare I say, maybe that’s the place he needs to be putting more attention?

Spieth got a Scottish haircut in more ways than one and he seemed to lose his way a little. It’s easy to forget he’s only 24 when you look at his resume, but for a player of his calibre to shoot +5 on Sunday, having led the Open is hard to comprehend. It’s not as if he hasn’t been there before! He seemed to lose his cool demeanour after the bogey on 5 and the double on 6 was most unlike him. His putting game deserted him too unfortunately and he was left with nothing to offer, no matter how hard he tried.

Justin Rose did what Justin Rose does at The Open and hung around. He popped in an unlikely eagle on 14 and put on a grandstand finish on 18 with a tap-in birdie. It was never really going to be enough you felt and so it proved, but once again it was another strong Open Championship finish for Rose.

As for the big winners, well apart from Molinari of course, you have to say that Kevin Chappell and Xander Schauffle were the standouts. Chappell’s play on Saturday was sublime and opening with 3 birdies gave him a real boost of confidence. Schauffle will be left to rue the 17th at Carnoustie though. A poor second shot on Sunday, followed by a bad recovery put paid to his chances and while he needed par at worst he ended up with bogey and that was that. You have to give him credit though, he played the 18th well, when many would have hacked it up there and jumped in the car, knowing their race was run.

So, overall impressions of The Open Championship this year? Well, it was definitely exciting. It had everything, including the names we all wanted to see on the leaderboard on the final day. It ebbed and flowed and in the end the course, which was laid bare early in the week, showed its teeth and didn’t get torn apart, as was the fear. It wasn’t ‘Carnasty’ but then it wasn’t ‘Carneasy’ either, most importantly though, it was fair.  Maybe the USGA could learn a thing or two about setting up a Major venue from the R&A?

Did the best golfer win? Well of course he did. Not having a bogey in his final two rounds was an outstanding achievement and going around Carnoustie in two under on Championship Sunday was a great result for Molinari. At the start of the day he certainly wouldn’t have thought that would do the job for him, but as conditions toughened and challengers fell away he maintained his composure, hit the fairways and holed some outstanding putts under pressure.

Well done Francesco – we’ll be seeing you in Royal Portrush in 2019!